Celebrities destroy their pie holes with hot sauce while being interviewed 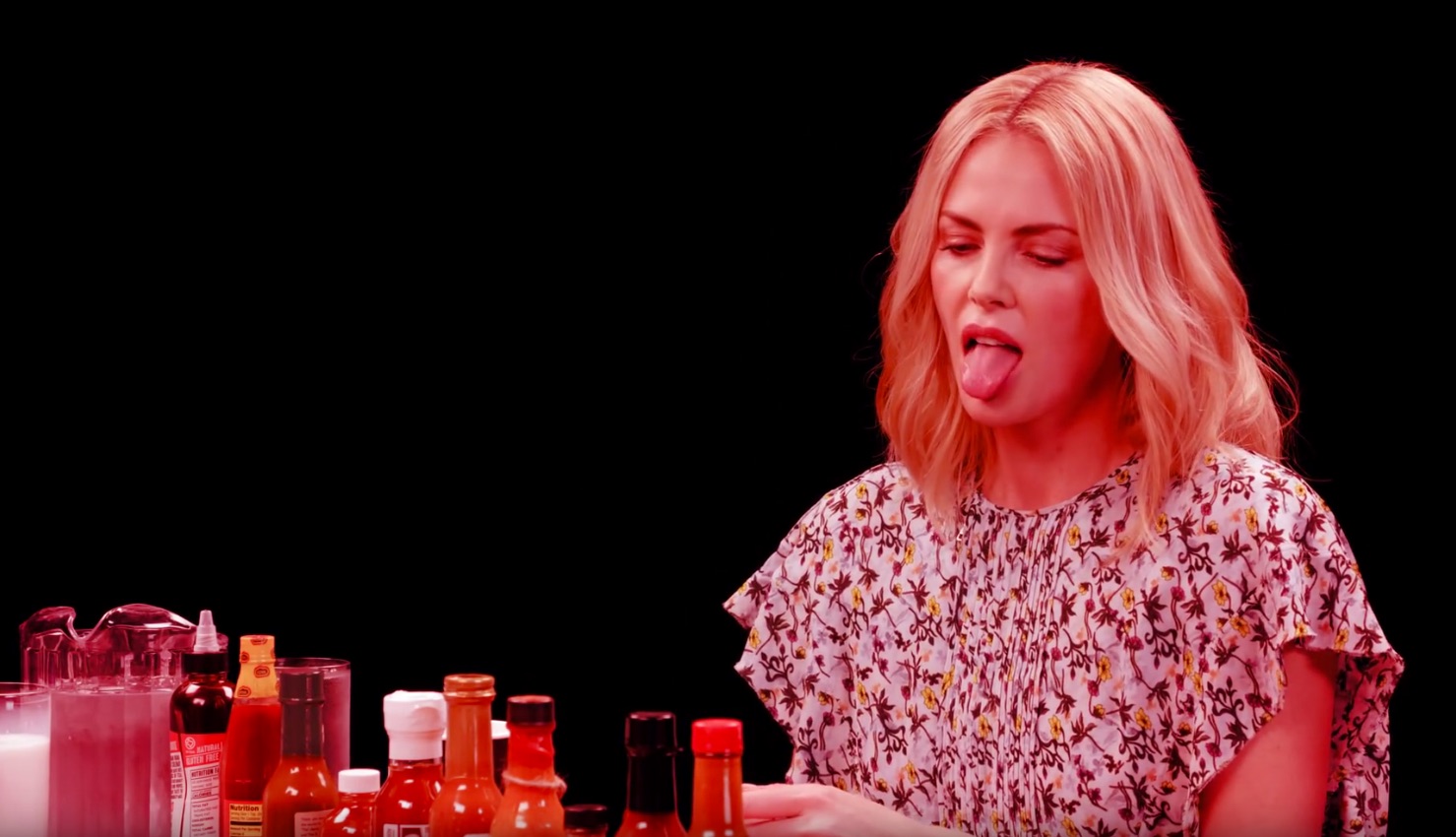 Hello. My name is Gareth Branwyn and I am a hot food addict. As I type this, I am horking my way through a can of tuna iced with a generous layer of Sriracha sauce. But as my mouth and tongue are ablaze with the beloved rooster sauce, I know this level of heat is kid's play. Sriracha is a paltry 2,2000 SHU on the Scoville scale (a measure of capsaicin concentration in hot foods).

What might it be like to eat food in the 500,000-600,000 SHU range? And then answer provocative interview questions? That is the premise of the hit YouTube show, Hot Ones, now in its 6th season.

When I first happened upon this show a few years ago, I wanted to hate it. I thought it was a goofy premise and I'm generally not a fan of shows that create fear, pain, or deep embarrassment in other humans for my cheap entertainment. But as Stephen Colbert says below (he's a fan and had Hot Ones host Sean Evans on as a Late Night guest last year), the whole spicy interview process is fascinating and lends itself to some funny, strange, and sometimes quite insightful interviews.

Anyone who's ever eaten peppers in this heat range knows how darn-near consciousness-altering it can be. I'm always amazed at how composed and physiologically unaffected many guests of the show are. Colbert's obvious struggle, as over a million SHUs of capsaicin light up the sensor neurons in his head, is more of how I imagine handling it. Read the rest

Michael Madsen talks to Boing Boing about his hot sauce

Actor Michael Madsen came to my house to talk about his line of hot sauces. My favorite is his hot mustard. I put it on a frankfurter and devoured my "Reservoir Dog." Read the rest