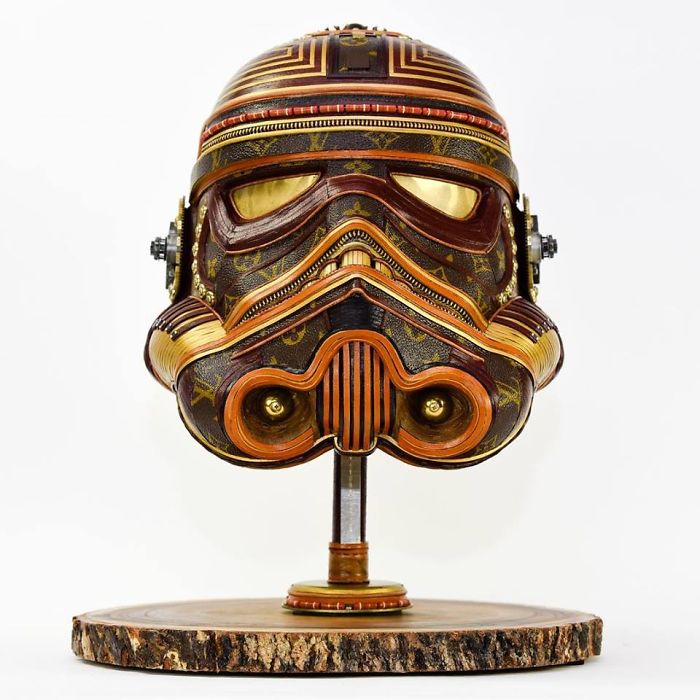 Wow, these Star Wars-inspired sculptures are really mind-blowing. To make them, artist Gabriel Dishaw of Indianapolis, Indiana marries junk with upcycled 1970s Louis Vuitton luggage. While the thought of tearing up vintage Vuitton may make some gasp, certainly no one deny the end products are pretty spectacular. Dishaw was recently featured in the Indy Star […]

Adam Savage made a limited-edition "everyday carry" toolbag out of old sailcloth, with room for everything 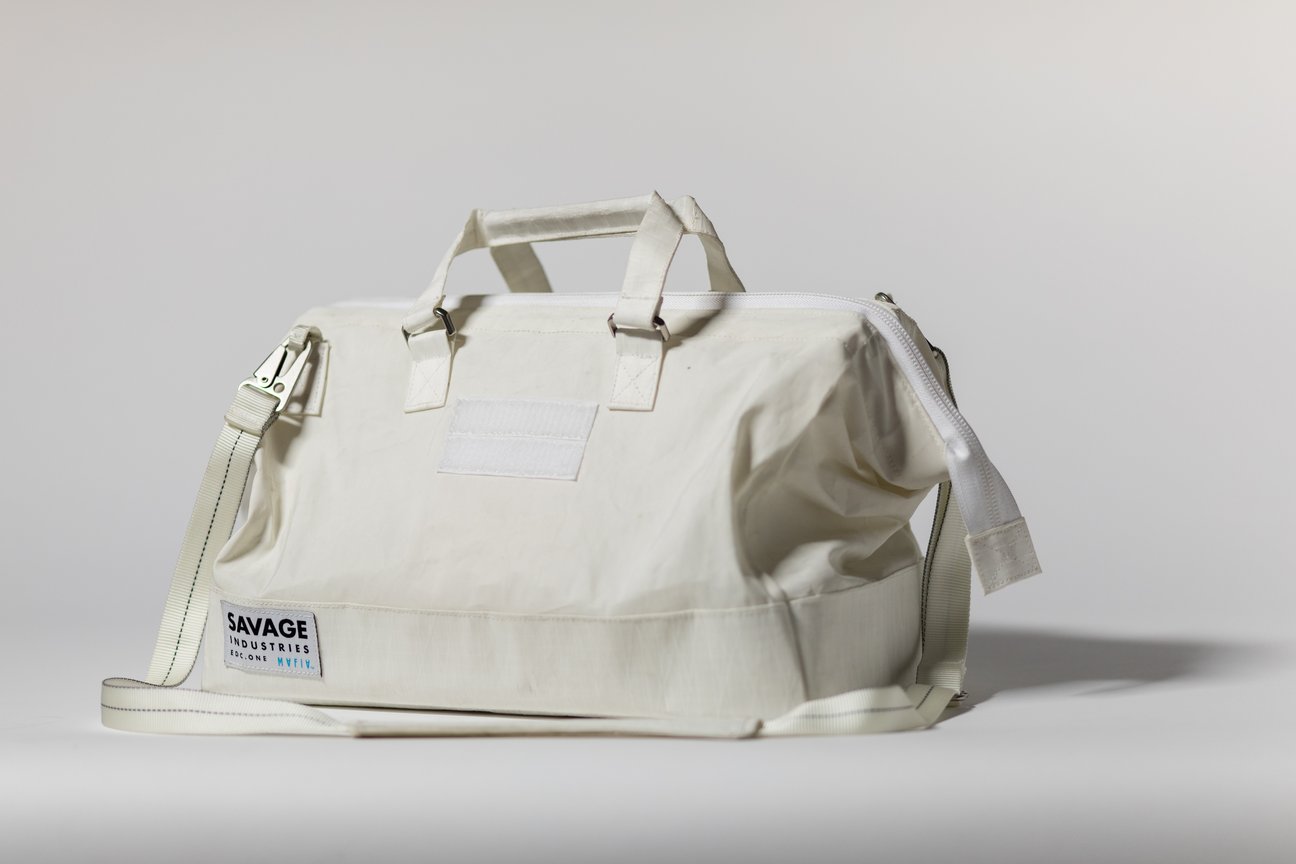 Retired Mythbuster and maker extraordinaire Adam Savage (previously) gave up on finding a bag to carry everything he needed and designed his own, a white, Gladstone-style toolbag that costs $225 and ships in time for Christmas.

Portable fireplace in a briefcase

Colin Furze turned a briefcase into a gas-fueled portable fireplace. Seems that it would be impractical, inefficient, and possibly rather dangerous, but still stately and impressive. 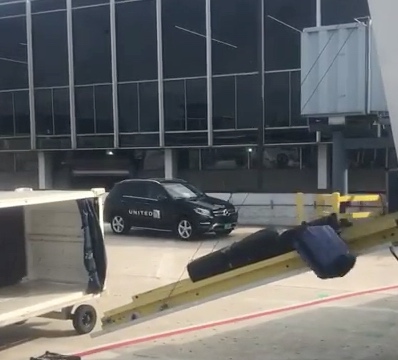 Whether or not the car in the background means this is a United flight, I bet this happens fairly often on many airlines. (via /r/gifs)

Man checks single can of beer on flight

A fellow traveling from Melbourne to Perth, Australia checked a single can of Emu Export lager. He was surprised when it popped out on the the conveyor belt at baggage claim. "My mate works at the airport and we hatched the plan as a laugh — I half didn't expect it to come out the […] 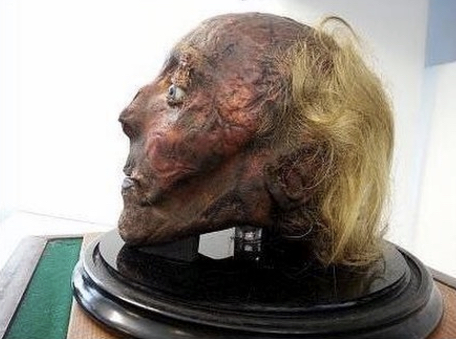 The Transportation Security Administration (TSA)'s Instagram account is a real hoot, featuring weird, ridiculous, and sometimes helpful images of items that are prohibited and permitted to bring on flights. Apparently Jeremy Bentham's mummified head, above, "is allowed in carry-on as long as it's properly packaged, labeleled, and declared…" Also, who knew that Batarangs and Krull […] 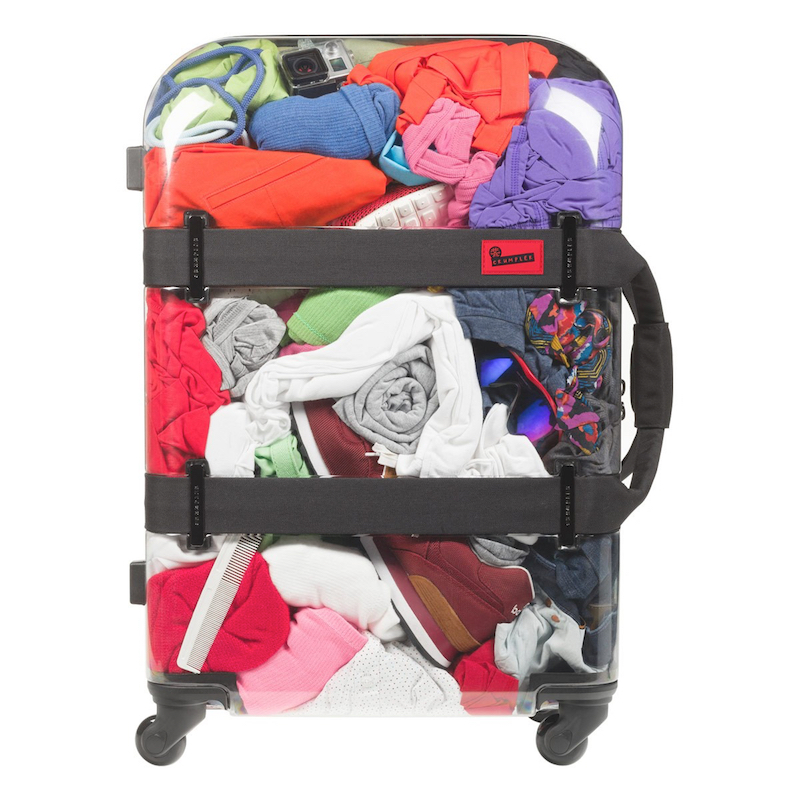 Not that it would stop the TSA from rifling through your clothes, but I do think the transparency of Crumpler's Vis-A-Vis clear suitcase makes a fun statement. The clear polycarbonate trunk is 46.5cm x 68cm x 25cm and sells for AU$745.00. VIS-A-VIS – TRUNK 68CM CLEAR (via Weird Universe)

Cart your booze in this classy Louis Vuitton suitcase bar 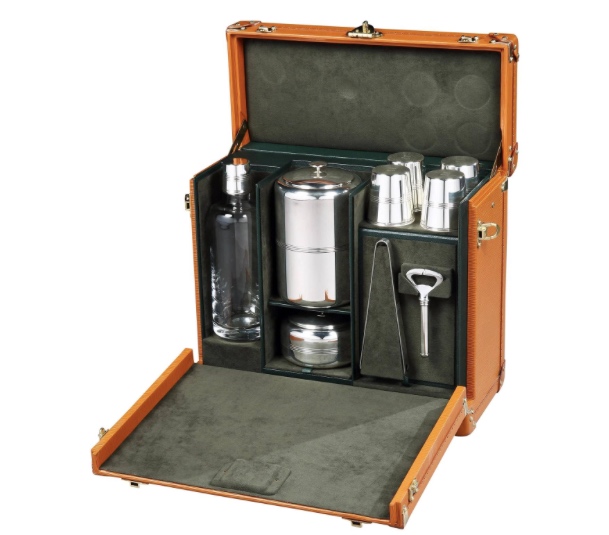 This stately and elegant Whiskey Case was made-to-order by Louis Vuitton in the 1980s. There is one available at posh 20th century design shop Pullman Gallery. From Pullman Gallery: In effectively unused condition, the square case with top carrying-handle is in gold Epi leather, with gold-plated studs, latches and lock, and original key. The drop-front […] 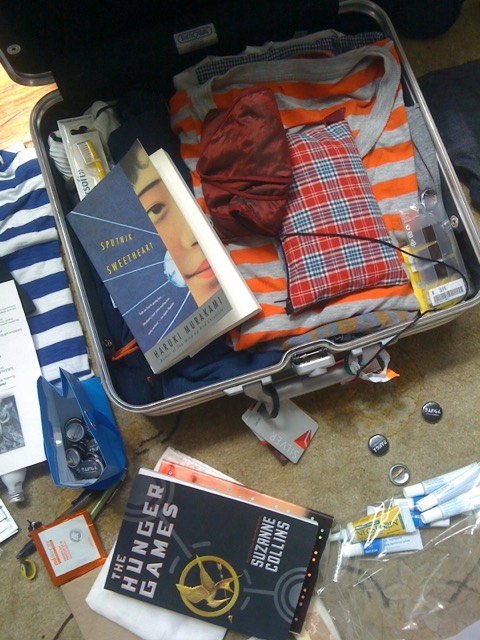 Legendary poet and high priestess of punk Patti Smith posted photos and details of what she packed for a recent tour. Smith is on tour right now, playing her iconic album Horses in its entirety (and then some), and I hope to catch one of her always-incendiary and inspiring performances. I always travel light. Besides […] 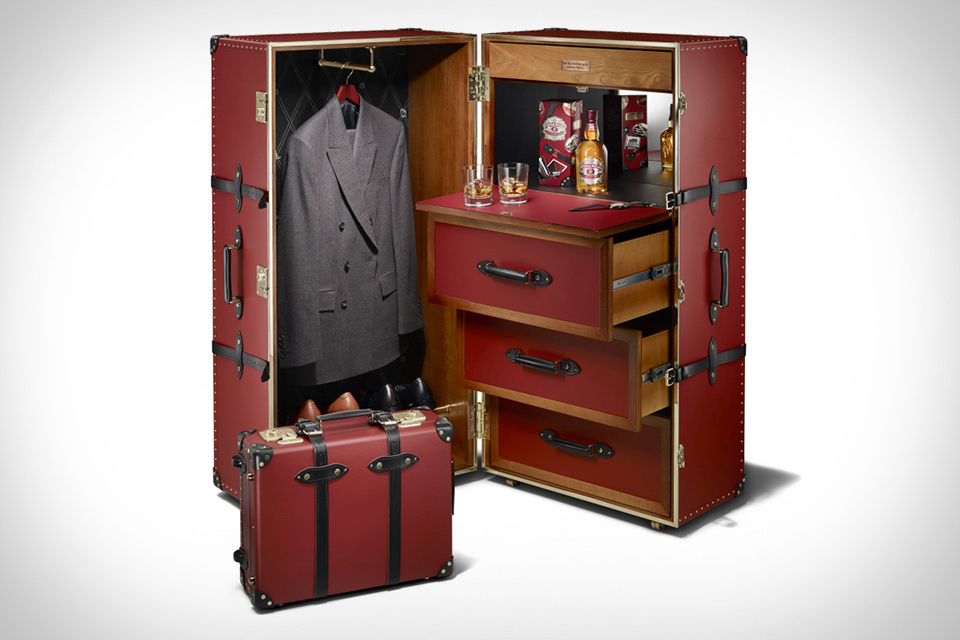 Posh luggage brand Globe-Trotter and boozemaker Chivas teamed up on this steamer trunk design that includes a minibar. Good for long flight delays, I reckon. They'll make you one for just $18,000. Featuring the bespoke burgundy fibreboard, American white oak from oak casks and a hand engraved copper plaque made from a retired Scotch whisky […]

This bag has been my indefatigable mobile office for the past 2 years. I am a train commuter navigating from Boston's suburbs into Kendall Square (MIT), Cambridge five days a week. Productivity is important to me during my commuting time and the bag offers outstanding organization and comfort to allow me to work anywhere. This […]

Where do bags go after the TSA takes them?

I go somewhere on a plane at least twice a month. For over ten years I’ve used a Briggs & Riley roller carry-on, and I’ve been fairly happy with it. It’s heavy for its small size and the zipper pulls all broke off (I made replacements from binder clips and Sugru) so I’ve been keeping […]

Rufus Roo jackets are designed to help you beat airline luggage limits (given that they seem to be British, I'm going to go out on a limb and guess that this was inspired by the awful RyanAir, which treats travelling with luggage as an oligarch-grade luxury and charges accordingly). It's designed to let you carry […]

Suitcase converts to a scooter, stroller and luggage-cart

Agent's Move-On wheeled luggage has a scooter board that unfolds from the back of the bag so that your kid can ride along behind you, or you can stack other pieces of luggage on it, turning your suitcase into a redcap's luggage cart. There's also a version that works like a stroller for babies and […]