Xerox's 1979 vision for the office of the future

From the Computer History Museum:

Years ahead of its time, the 1972 Xerox Alto featured Ethernet networking, a full page display, a mouse, laser printing, e-mail, and a windows-based user interface. Although its high price limited sales, the Alto was a groundbreaking invention and the inspiration for the Apple Macintosh and Microsoft Windows operating systems.

In 1980, WMTV in Madison, Wisconsin produced this feature about early personal computers and the geeks who loved them. I enjoyed the discussion of The Source, which was the first online experience I ever had.

George Martin, who posted the video to YouTube, writes: "About halfway through the video there is a segment filmed at my home showing how I had programmed a Cromemco Z-2 computer to control lights and appliances."

Slightly damaged gaming PC yours for $800 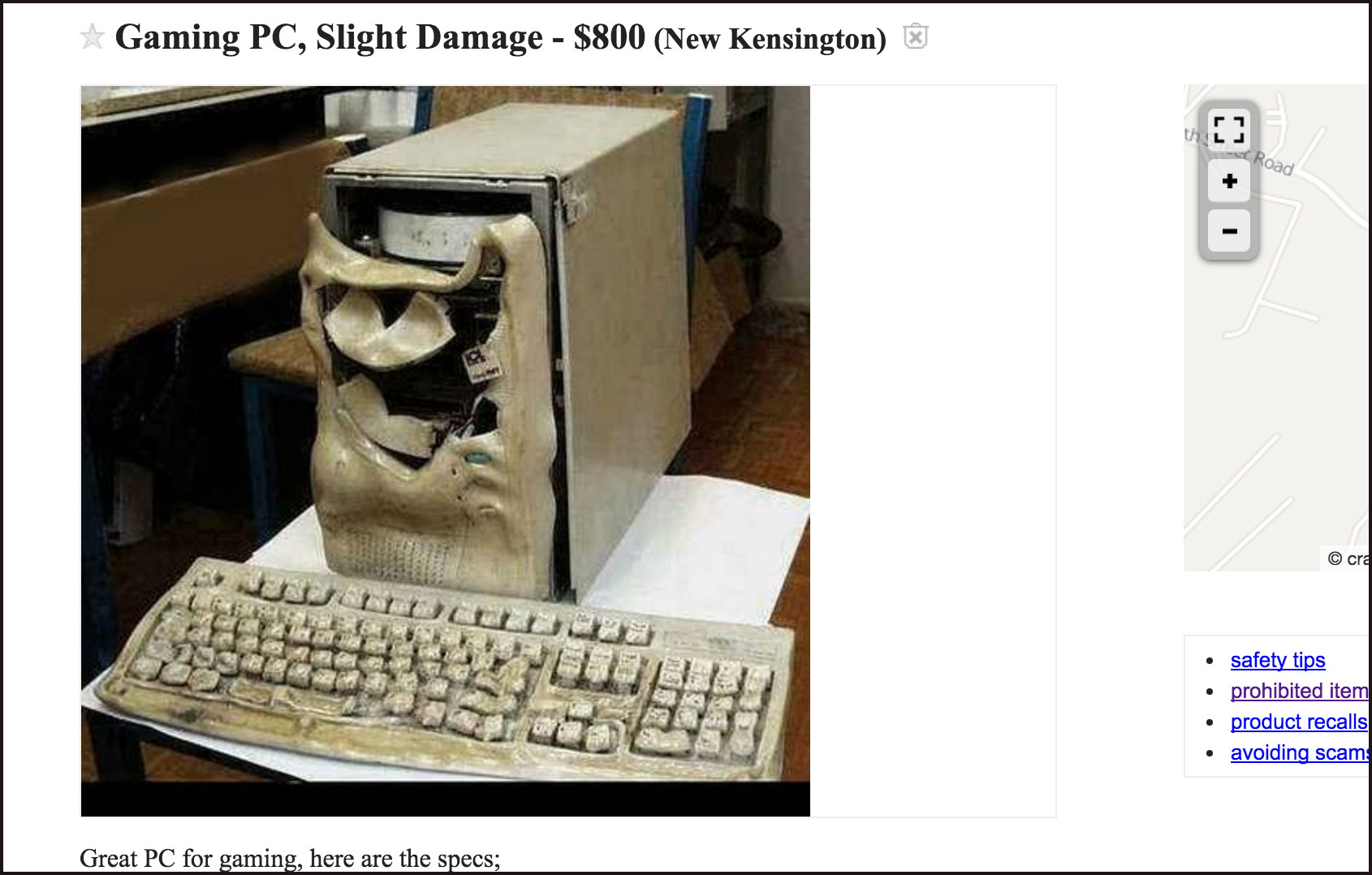 The Pittsburgh Craigslist has a hot deal: a gaming PC with "Slight Damage" that in no way impacts performance.

Guaranteed to run any new game on Ultra settings! Buy now and I'll throw in a free Zip drive! What a bargain! Has slight fire damage but this affects the system in no way, trust me!

"My idea of a compact yet powerful gaming PC with a little style added," writes Jeffrey Stephenson, creator of beautiful wooden computers. "Best viewed with Marvin Gaye playing in the background." Read the rest

Notwithstanding the good reasons to be forgiving of CES, I still find it difficult to work up enormous enthusiasm for most gadgets, representing, as they so often do, small incremental improvements over existing technology. However, Wired's top ten CES gadgets report has two items that caught my eye and my interest: Read the rest

Mondrian is a fanless mini-ITX case design made from wood and hand-cut acrylic tiles. Fresh air is drawn into the case after passing through the exposed heatsink finning. An 80mm CPU fan is mounted under the heatsink and acts as a combo CPU/case fan.

Specific inspirations (including the famous Yves Saint Laurent dress) and a build report at the above link! Read the rest