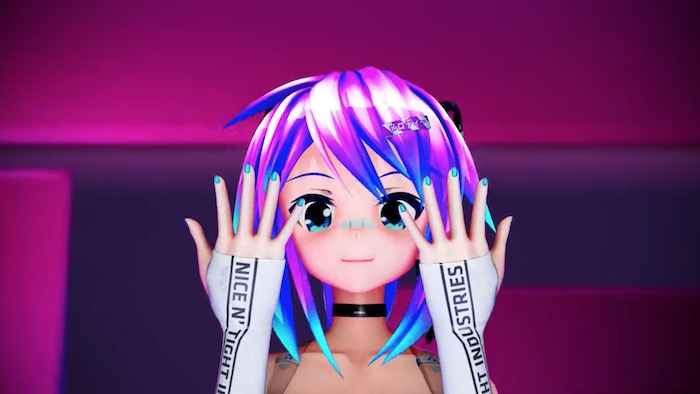 Vice News reports that a virtual model called ProjektMelody is quickly gaining popularity on Chaturbate, a live webcam performance platform that specializes in nudity and sexual acts. Vice interviewed a human Chaturbate performer, Lennox May, to find out what she thinks of having to compete with the platform's first CGI model:

"Overall from a scientific and technology perspective I think that ProjektMelody is genius, but that it needs to be presented to the world in a way that is still fair to everyone else," May said.

But some models question how Melody slipped through, when verifying an anime avatar is clearly new ground for Chaturbate. Given Melody's runaway success, it's raised some suspicions.

"There are 1000's of models who try all day spending hours more than the average work week to get to the front page of a cam site," May said. "Some never do."