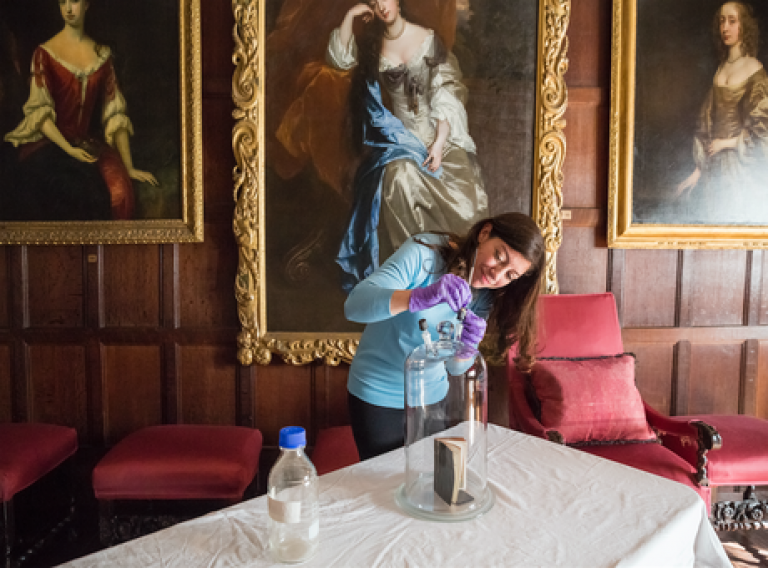 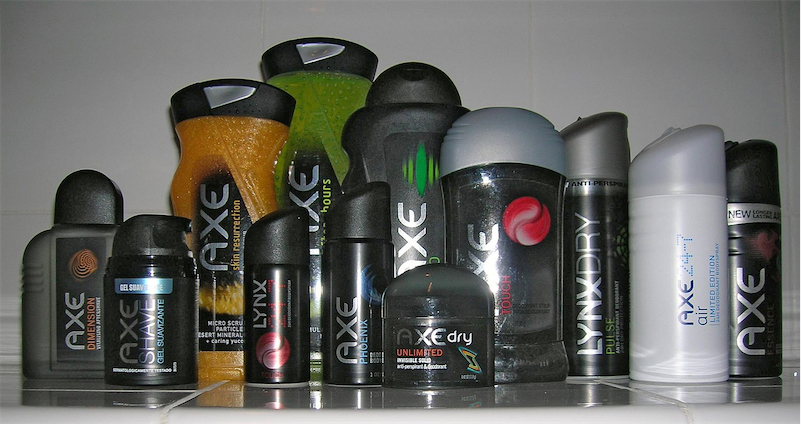 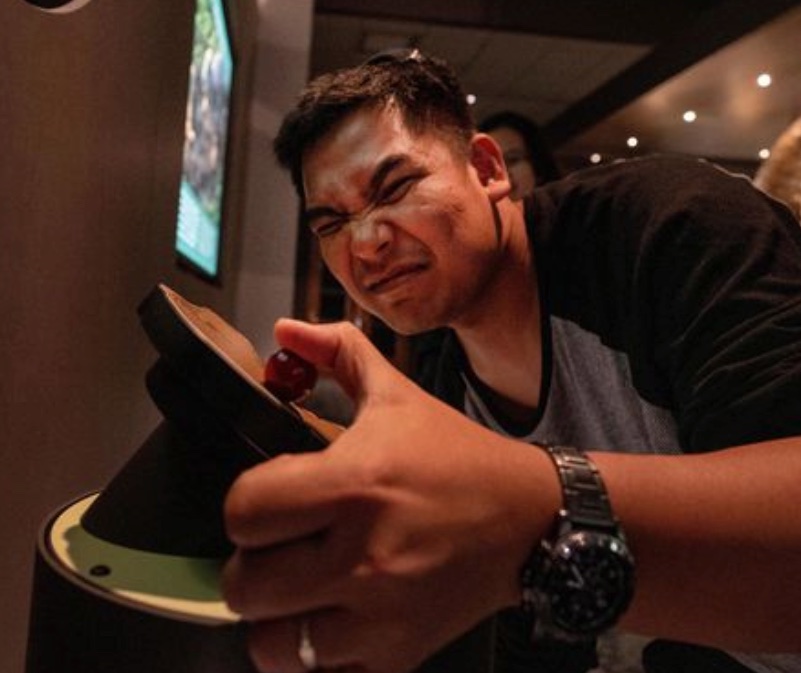 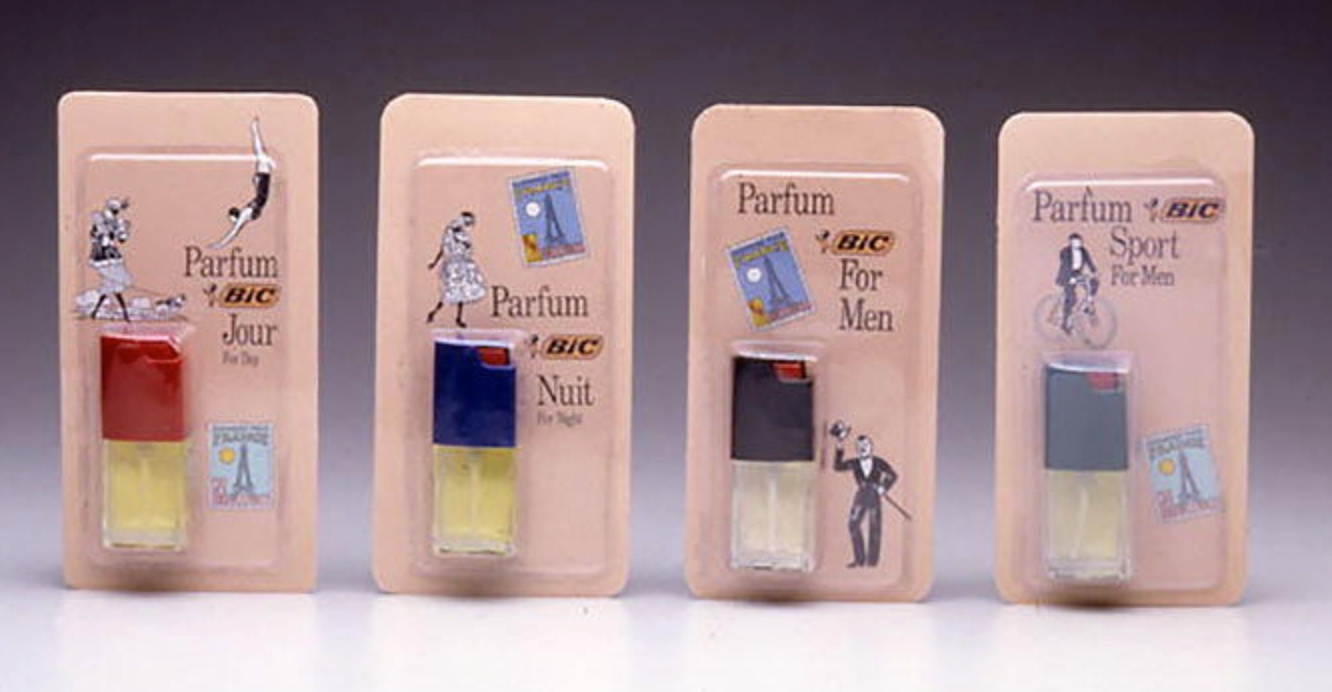 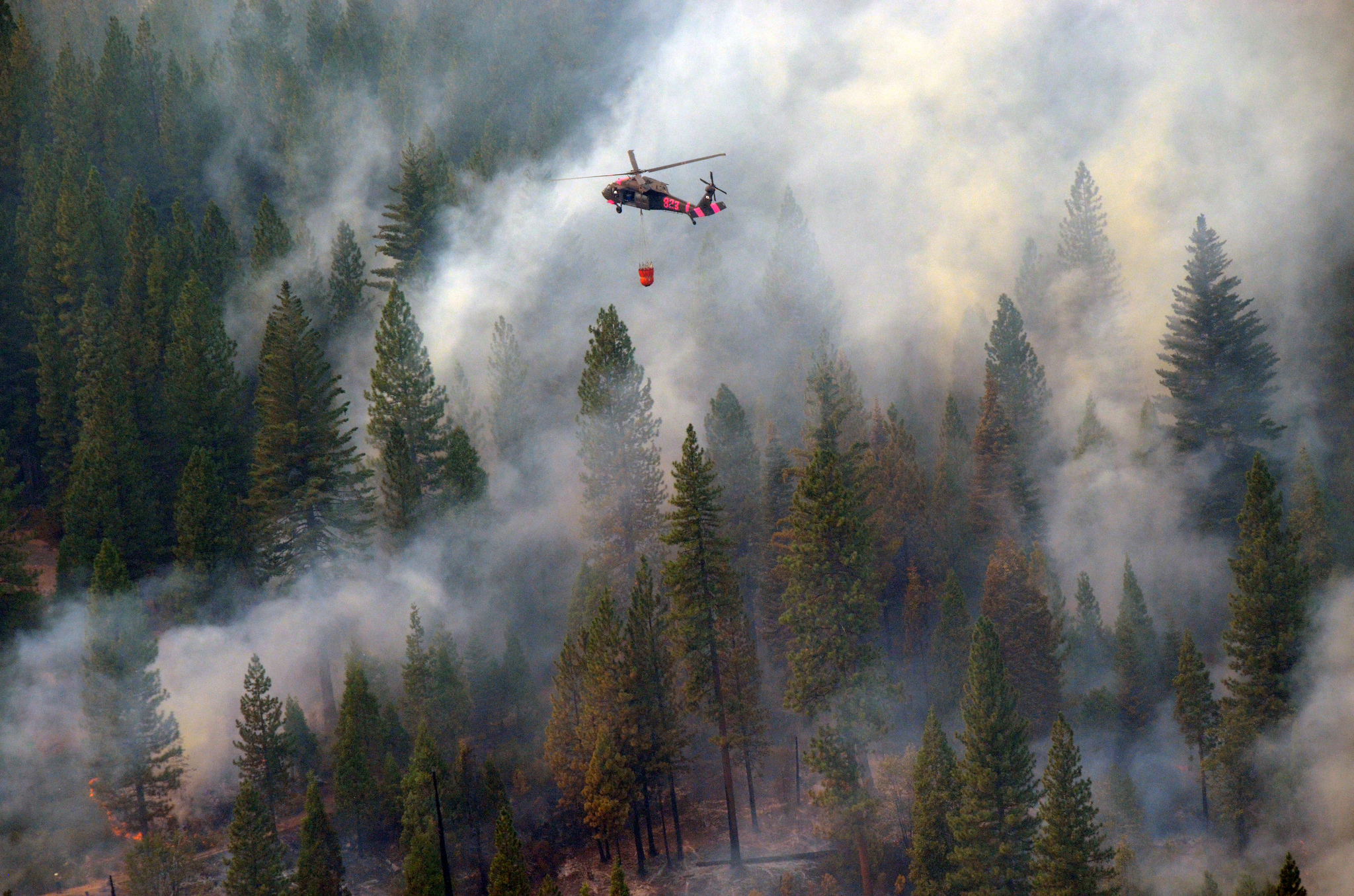 Long the province of manly mens' colognes and deodorants, the fashion for smokey, woodsy scents has come to the perfume aisle.

Log Cabin Perfumes, as I have taken to calling the growing category of scents that evoke a cold snap all year round, are fairly new to the market. A decade ago, only a few niche fragrances prominently featured notes like Scotch pine, birch tar, gunpowder, palo santo and wood smoke. In 2009, Serge Lutens released Fille en Aiguilles, a cult hit that smells like a Christmas tree farm, and slowly the hibernal trend began to trickle through the indie perfume world. Now, the demand for wearable wintry mixes has exploded.

All these fancy Eaus with their camphor notes and sage fundamentals, yet no mention of the Demeter Fragrance Library's Bonfire Cologne. 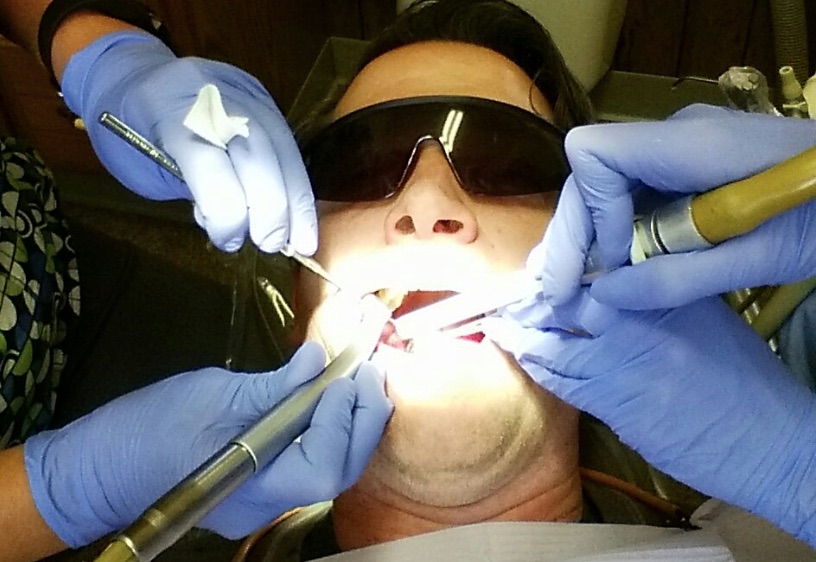 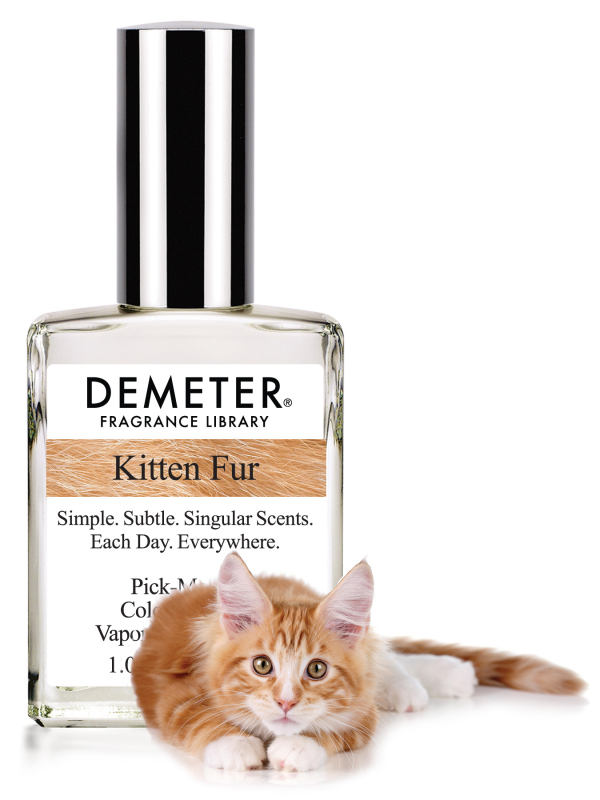 Demeter, the fragrance "library" that famously released a cologne with the smell of used paperback books, now offers a Kitten Fur scent. It's available as a cologne, body lotion, shower gel, and other toiletries. (Note: Wow, that's one tiny kitten next to the one ounce bottle in their product photo above.)

Cats. Love them or hate them. There is no in between. But everyone loves Kittens! Now after 15 years of effort, Demeter has captured the olfactory essence of the warmth and comfort of that purrfect spot, just behind a kitten's neck. 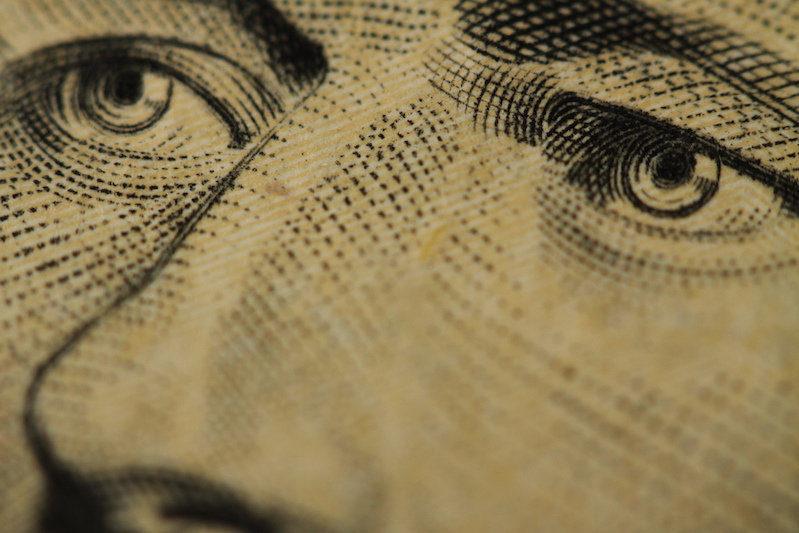 What does money smell like? Chemist and perfumier Marc vom Ende was commissioned by artist Mike Bouchet to create the well-known but hard-to-describe smell, and it turned out money smells like America itself: Read the rest 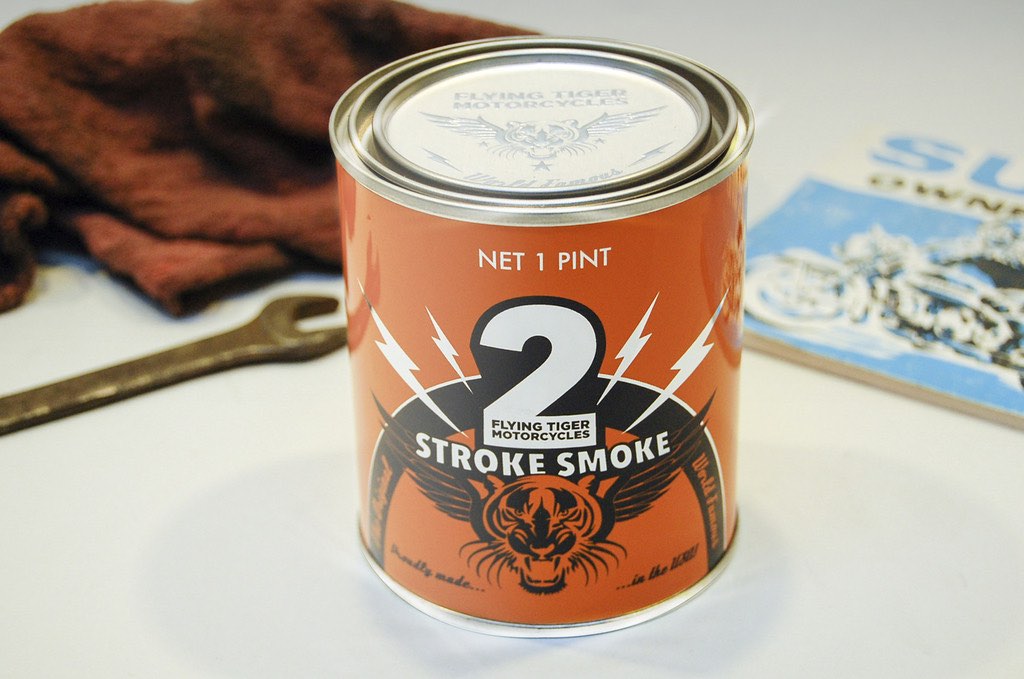 Flying Tiger Motorcycles offers this curious "Two Stroke Smoke Candle" that is made from two-stroke oil and "high-octane fragrance" to give your home that singular bike bouquet. It's $20 and comes in a metal can. Read the rest

This is the worst smell in the world 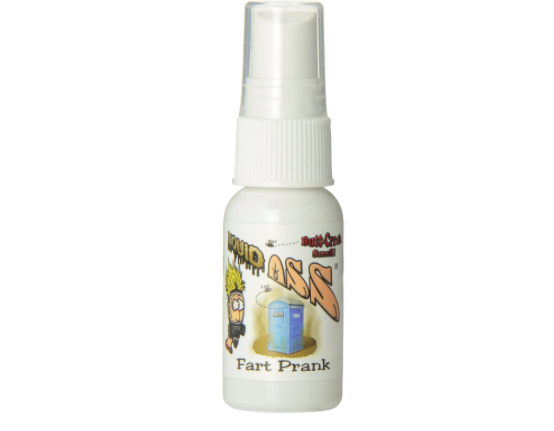 Liquid ASS is described as smelling like a fine combination of "butt crack, kind of a sewer smell with a hint of dead animal." It is arguably the worst smell in the world. High school prankster Allen Wittman invented it man years ago from ingredients in his chemistry set. Now it's used by the US military in war simulations to get medics used to the smell of a torn intestine with wasting spilling into the abdominal cavity. 99% Invisible tells the story of Liquid ASS and it's new application to help save lives.

You can also buy your own bottle for $10 on Amazon. 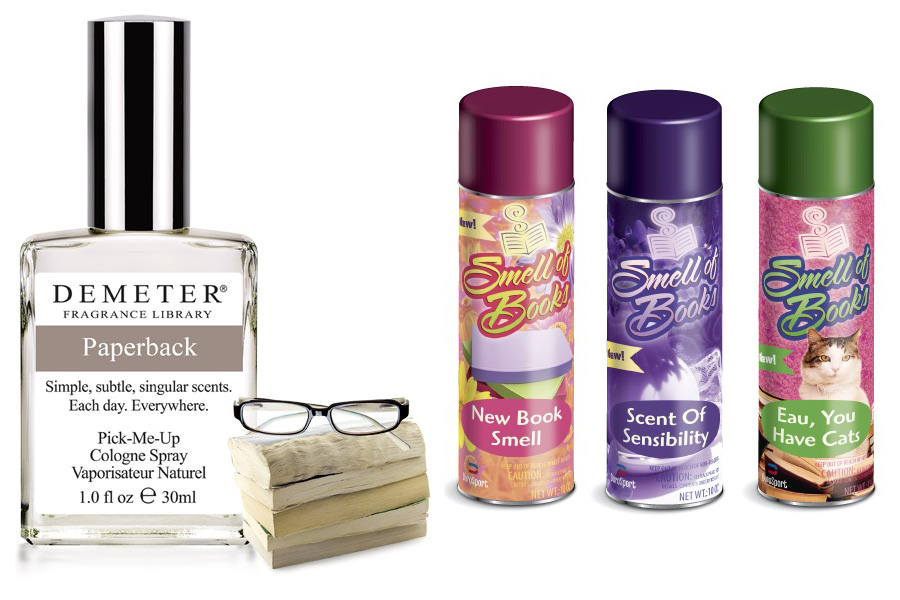 Lignin is apparently the magic ingredient: The chemical composition of "Old Book Smell" Read the rest

A man from Morecambe believes his dog has found a rare piece of whale vomit while walking on the beach. ... Mr Wilman said: "When I picked it up and smelled it I put it back down again and I thought 'urgh'.

Reuters: "A cloud of harmless gas smelling of sweat and rotten eggs leaked out of a chemicals factory in northwest France and wafted across the English Channel as far as London on Tuesday." Read the rest

Expect America's malls to soon become orange-scented. A new study by Washington State University researchers suggests that "simple scents" -- they tested orange -- can stimulate a bump in retail sales. This is compared to no smell or "complex scents" like an orange-basil-green tea blend used in this study. From WSU:

The researchers say the (simple) scent is more easily processed, freeing the customer’s mind to focus on shopping. But when that "bandwidth” is unavailable customers don’t perform cognitive tasks as effectively, says (Eric) Spangenberg, (dean of the College of Business)...

We found the source of the smell (NSFDinner)

A peculiar smell filled the sinister expanse of our basement. We loaded the Victorian-era sinks to clear anything stuck in the drainage traps, disposed of old paints and chemicals, and inspected the closets and boxes for culprits. Nothing.

Weeks passed, until the odor began to permeate upstairs into the house itself. Leaving no corner unexplored, we finally lifted the toilet lid in the basement's ancient, haunted lavatory. Floating, face down, was a massive drowned rat. Underwater, the fur remained; in the air, it had delaminated. An island of smooth, naked ratskin rose from the water, bordered by a grayish crown of putrefaction.

Nearby, the remains of a fly. Read the rest