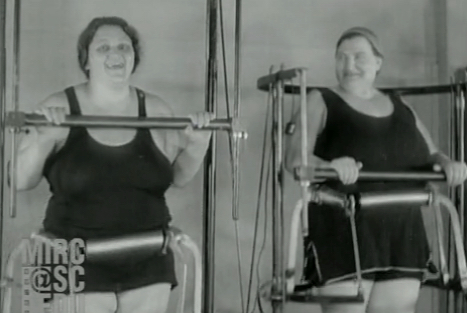 My grandmother Sophie Pescovitz died when I was 2-years-old so I was blown away to see her in these outtakes from a crazy 1930 newsreel in which she demonstrates a bizarre "weight loss" machine! Bubbie Sophie says with a wink, "Won't my husband love me now when I get home? You know, they like them thin!"

The best part of the video is the increasing happiness and confidence you can see on his face as his body transforms. (Isou Dw) 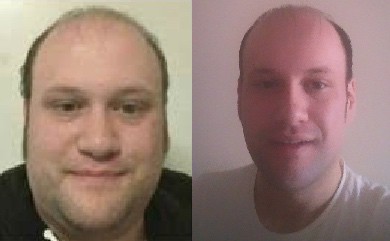 Refrigerated clothing for people who want to lose weight 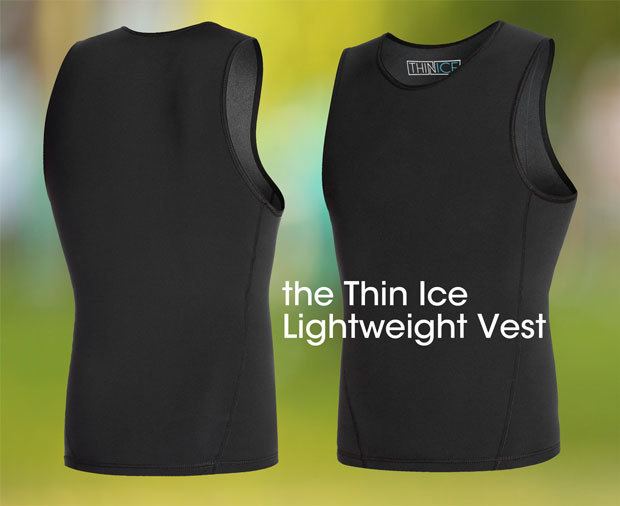 When your body gets cold, your metabolism cranks up. You burn more calories. Thin Ice is making vests, shirts, and insoles containing battery-powered Peltier plates, which become cold when current passes through them. You can control the cooling system with a phone app. The manufacturer estimates that you can burn between 500 and 1000 calories a day wearing the clothing.

The flaw with Thin Ice is that being cold makes you hungry. Your brain will demand food to replace the calories you are burning. Diets don't work if you are hungry all the time. Rob mentioned earlier today that a low carb diet has helped him lose weight. I've been on a low carb diet for almost five years and my weight has stayed down, and I rarely get ravenously hungry.

Don't listen to Mom (or observational data): Breakfast isn't necessarily the most important meal of the day

Here's a great piece by Anahad O'Connor that looks at the dozens of studies that are supposed to link the act of eating breakfast with weight loss — and the problems that very quickly arise when you look at them closely. The biggest issue: Most of the advice you get telling you to eat breakfast if you want to lose weight is based on observational studies — large collections of information about people's lives and health that scientists then comb through looking for correlations. Like any correlation, those associations should be thought of as jumping-off points for more research, not proof of how you should live your life. With breakfast and weight loss, the truth seems to be that the two things may not be connected at all. For every study that shows them inextricably linked, another found no relationship at all ... or even an inverse relationship, where skipping breakfast led to weight loss. Read the rest

The problem with body mass index

The Body Mass Index is a popular way to measure and assess whether someone is overweight or underweight. Basically, it's just your weight divided by your height. BMI is a simple system, but it does have some flaws. Over at the Obesity Panacea blog, Peter Janiszewski (who has a Ph.D. in exercise physiology) has a nice post explaining why BMI is sometimes useful, and also why it's not a great measurement of individual health.

Right now, I bet you're chomping at the bit with, "Yeah! The BMI doesn't distinguish between fat and muscle!" And you're right. It doesn't. A simple BMI measurement would tell you that The Rock is no different than an out-of-shape couch potato of the same height and weight. Obviously, that's a flaw in the system. But it's not the most important flaw, Janiszewki argues. In fact, he says, this well-known problem with BMI is the easiest one to work around. A simple visual check can tell your doctor whether your high BMI is due to excess muscle or excess fat.

The real problems with BMI, he says, are a lot more complicated. For one thing, the system doesn't distinguish between very real differences in health outcomes for different body types. "Pears" and "Apples" might have the same BMI, but with opposite health results. Even more troubling: You can change your lifestyle, and become objectively healthier, and your BMI might not budge.

This is particularly so if you adopt a physically active lifestyle, along with a balanced diet, but are not necessarily cutting a whole lot of calories.

After a diet, your body might be working against you

The New York Times has a fascinating story about the current state of the science on weight loss, including the results of one recent (albeit small) study that suggests that the human body responds to weight loss by actively trying to regain weight—a finding that could help explain why it's so difficult to maintain significant weight loss, even when you are able to shed pounds. Read the rest