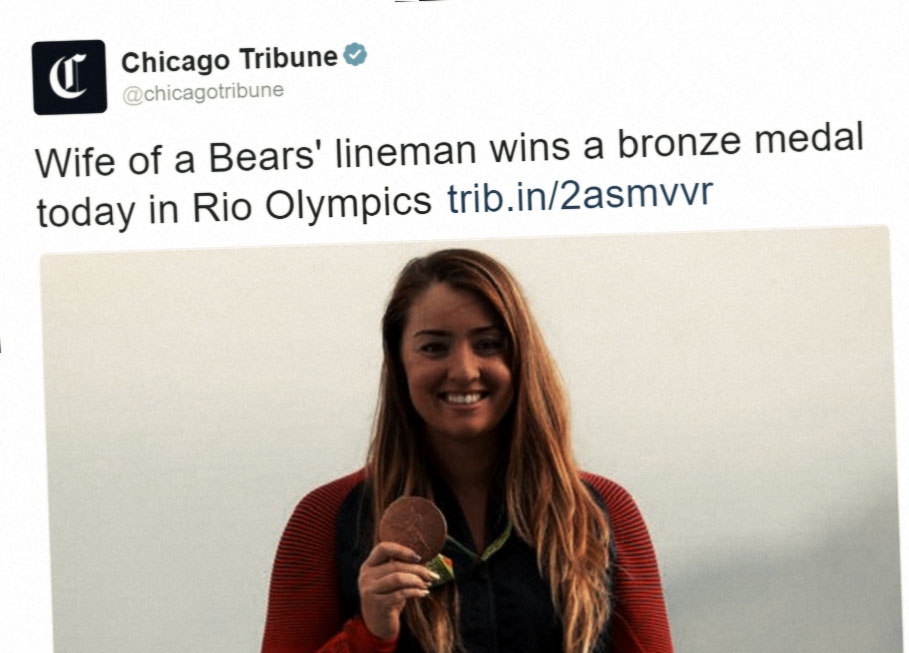 "Wife of a Bears' lineman wins a bronze medal today in Rio Olympics," The Chicago Tribune reported Sunday. Sadly, the headline writers were unable to figure out her name before Tweet time, but they eventually did and later credited the wifehood (and the medal) to "Corey Cogdell-Unrein, the wife of Bears lineman Mitch Unrein." Read the rest

A public info campaign in Japan compared radiation to a nagging wife. Apologies have been made. Reuters' Miki Kayaoka:

The Japanese Atomic Energy Agency devoted a page on its website to an effort to "make the hard words used in the nuclear power industry" more easy to understand, particularly for women. The page, which included a cartoon of an angry, fist-waving wife and her cowering husband, compared the wife's yell to radiation. It continued the metaphor by saying that the women's increasing agitation could be compared to "radioactivity", while claiming the wife herself was comparable to "radioactive material".