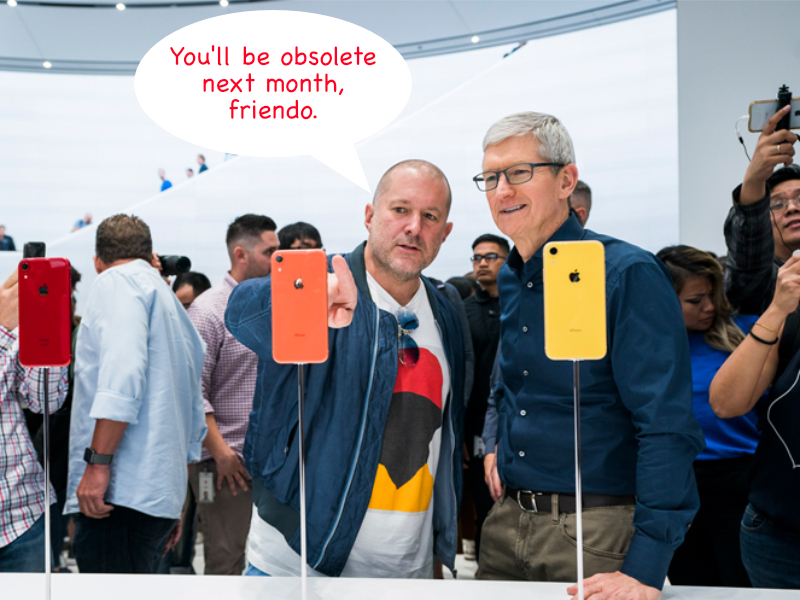 I spend a lot of time typing shit and talking smack about Apple's recent hardware shortcomings, greasy dealings with authoritarian governments and questionable labor practices. But you know what? The still make my favorite smartphone. I kind of hate myself for that, but here we are.

It's looking like we'll soon have a whole new crop of iPhones to love/covet and loathe as the invitations for this fall's iPhone event have, it would seem, been dispatched on the chamfered wings of a lily white dove.

Although Apple’s invitation doesn’t explicitly say what the company plans to announce at the event, the rumors suggest we’ll see three new iPhone models, and these will act as successors to the iPhone XR, XS, and XS Max. Two of these phones are expected to feature Apple’s first triple-camera system on the rear of the device, and the successor to the XS could also have a slightly bigger 6.1-inch display (up from 5.8 inches on the current model).

Another rumor suggests that these iPhones could support bidirectional wireless charging, allowing them to charge AirPods when used with their new wireless charging case. Upgrades to battery life and Face ID biometric security, as well as the use of new shatter-resistance technology have also been suggested.

I tend to ignore any talk of what Apple'll be releasing until it's been trotted out on stage—the world's on fire and careening off into space. So you know, things to do. But I know that lots of people dig playing what if with Cupertino-designed hardware. Read the rest