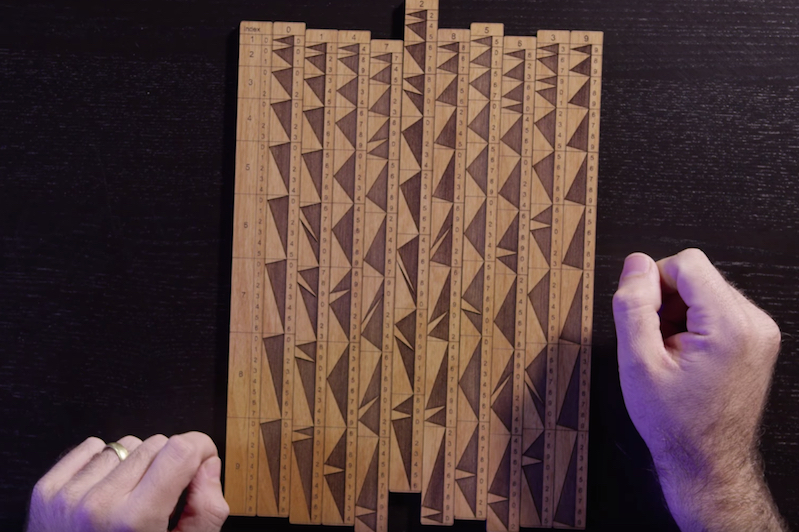 Multiplying large numbers before calculators led to a number of ingenious inventions to make things easier, like these Genaille-Lucas rulers demonstrated by the fine folks at DONG.

In the days before calculators, methods of simplifying calculations were of much interest. In 1617 Napier also published a book describing a method to multiply, divide and extract square roots using a set of bars or rods. These became known as Napier's Bones. (avail on our website)

In the late 1800s, Henri Genaille, a French civil engineer, invented an improvement to Napier's Bones that eliminates the need to handle carries from one digit position to the next. The problem was posed by Edouard Lucas and thus the alternate name of Genaille-Lucas Rulers (or Rods).

There are also sets for division. You can get your own set online or print your own from these free files.

The iPhone of slide rules

I have vague memories of my older scientist brother Mark wearing a slide rule in a leather case on his belt. It was really one of the first wearable computers, albeit a mechanical, analog one. Then in 1974, he was able to purchase a Texas Instruments SR-50, the first mass-market commercial electronic calculator. The slide rule was buried in Mark's desk drawer, where the SR-50, and later his Sharp Wizard, Palm Pilot, and their descendants would ultimately end up as well. (Mark died wearing a calculator wristwatch!)

In this episode of Numberphile, Alex Bellos explains the seduction of the slide rule and also the Halden Calculex, a device he calls the "iPhone of Slide Rules."

Twenty years ago, Texas Instruments released the TI-83 graphing calculator, a stupidly expensive piece of old technology that most high schools still require their juniors and seniors buy for around $100. Why? Because. That's why. From Mic.com:

Pearson textbooks feature illustrations of TI-series calculators alongside chapters so students can use their TI calculator in conjunction with the lesson plan. The calculators also have a significant learning curve, and moving students over to new technology is a risky proposition when success in the classroom is so tied to the technology being used.

TI calculators have been a constant, essential staple in the slow-moving public education sector. Students and teachers are so used to generations of students learning the familiar button combos and menu options that TI provides a computer program that perfectly resembles the button layout of the TI-83.

However, even if teachers wanted to be bold and bring in better technology, they would end up right back at square one because of that infamous force in American education: standardized testing.

College Board and other companies that administer the country's standardized tests have approved lists of calculators. TI-series devices are ubiquitous — mobile apps are nowhere to be found.

"I'm actually at the point now where when I do parent conferences, I tell the parents it's in their students' best interest to buy one, because the device will become necessary," Bob Lochel, a math teacher in Hatboro, Pennsylvania, told Mic. "But you feel dirty, because you're telling parents they need to buy a device, and I know I can teach without it."

SunCalc: customizable data for the sun at any time and place 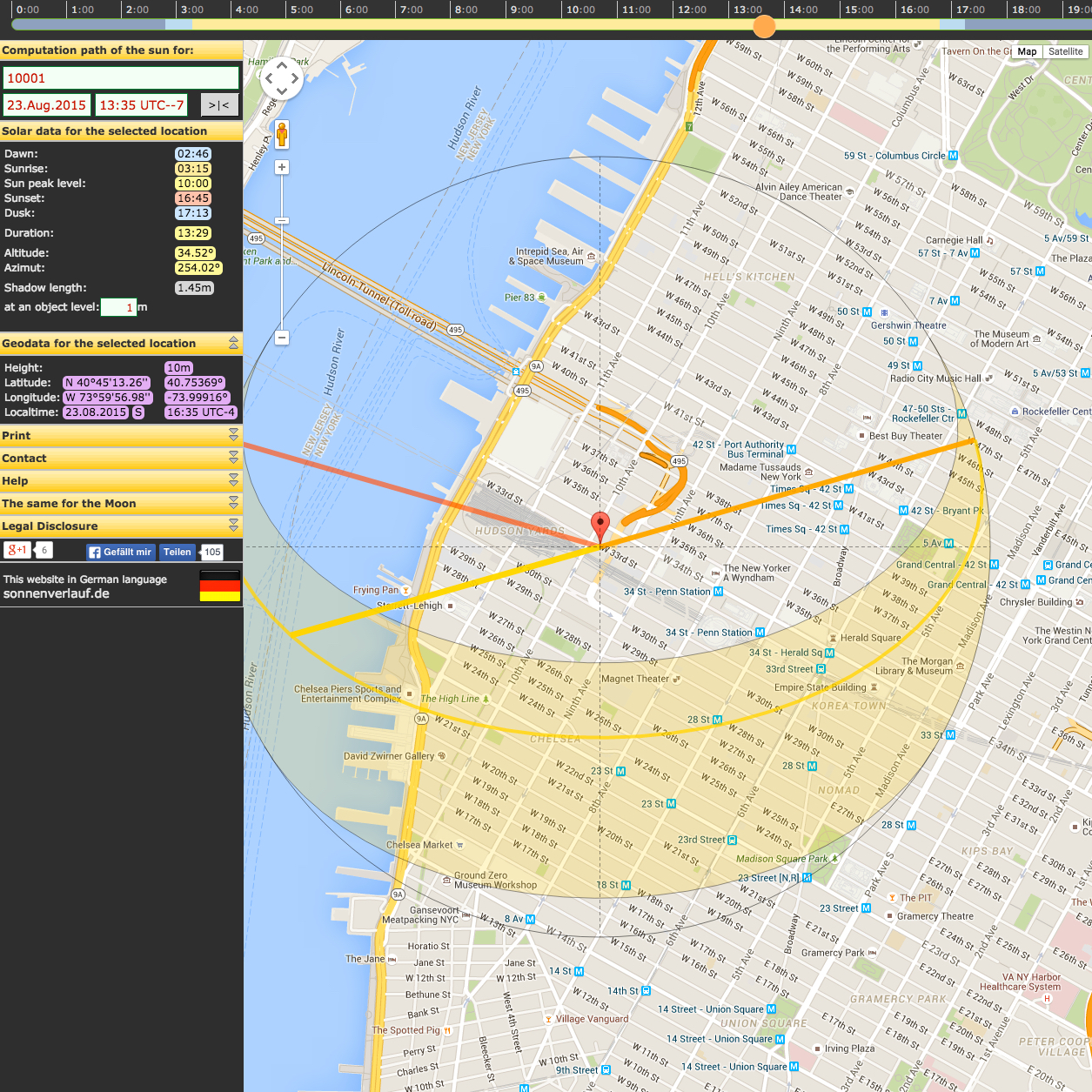 SunCalc is a nifty site and app by Torsten Hoffman that allows visitors to enter any location and date and find out all the details of that day's local solar path: Read the rest