Watch Kirk Douglas on the Dick Cavett show in 1992 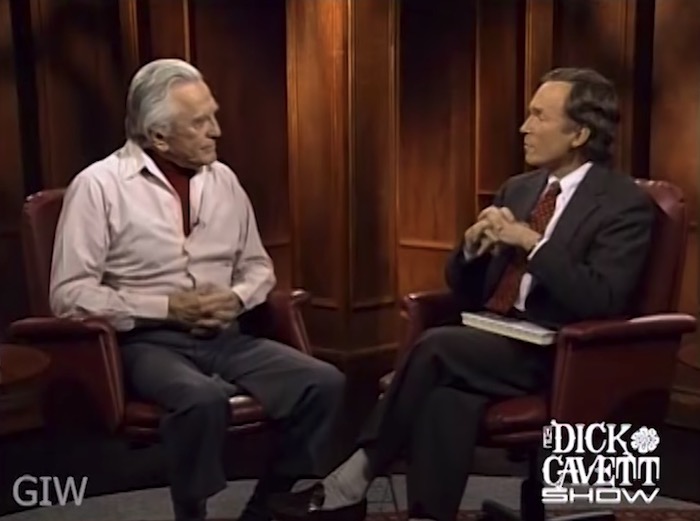 The recently departed Kirk Douglas was 75 when he appeared on The Dick Cavett show to promote his autobiography. Douglas told Cavett that his friend John Wayne thought he was a "sissy" for playing Van Gogh in Lust for Life. "Kirk, how can you play this sniveling weakling who commits suicide," Wayne told Douglas after they watched a screening of the movie together. Douglas also told Cavett that Brando ruined many actors who tried to imitate Brando, who was, of course, inimitable. All in all, Douglas comes off as a delightful person in this interview. Now I want to watch Ace in the Hole again. 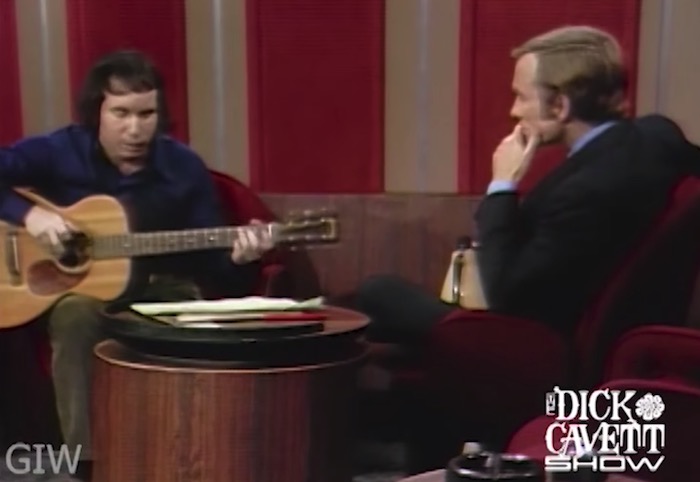 I'm really loving these old clips from The Dick Cavett Show on YouTube. Here's a 5-minute clip of Paul Simon telling Cavett about his music making process, his involvement in The Graduate, and how he wrote "Mrs. Robinson."

This is as good a time as any to share a theory about The Graduate that my late friend Mike Vodneck told me his high school teacher had about why Mrs. Robinson was willing to destroy her marriage to keep Ben from dating her daughter, Elaine. It's because Ben and Elaine were half-siblings. Try watching the movie with that in mind and see how it holds up. Read the rest

Jeff Newelt says: "Here's a video of a deep sublime conversation between Dick Cavett and Al Jaffee about cartooning... in a limo!"

Jeff wrote about the meeting in Heeb Read the rest