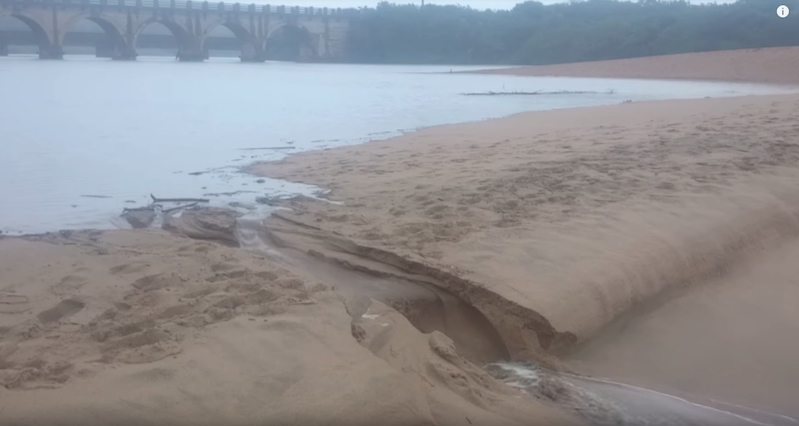 Wayne Easton braved the elements to capture an interesting natural phenomenon: the Mahlongwa River in KwaZulu-Natal, South Africa breaching its bank and cutting a channel to the Indian Ocean. Part two is below: Read the rest

Video: cliffside apartment buildings near San Francisco are about to fall

The apartments at 310, 320, and 330 Esplanade in Pacifica, California are literally hanging over the edge of a cliff. Rain, storms, and rising ocean levels are steadily eroding the sandy bluffs on which the apartments are built. After the El Nino storms of 2009 and 2010, tons of rock were piled on the beach and the cliffs were covered with fiber-reinforced concrete, but the erosion-prevention measures have failed in the recent storms.

Duncan Sinfield posted drone video of the cliff collapsing under the apartments on Esplanade.