"There are bugs and they will bite on your face." -- a bad review about Sequoia National Park

This is hilarious. Designer Amber Share discovered that there were one-star reviews for all 62 of our National Parks and decided to illustrate and hand letter travel posters for them "as a way to put a positive, fun spin on such a negative mindset." She calls her Subpar Parks series a "snarky love letter to the National Parks System" and it's absolutely delightful.

See the entire series on her Instagram, and purchase stickers and postcards (mugs and calendars to come) on her website.

images via Amber Share, used with permission Read the rest

Right wing freaks out over eco-art in Austria: "Go away and take your shitty forest!" 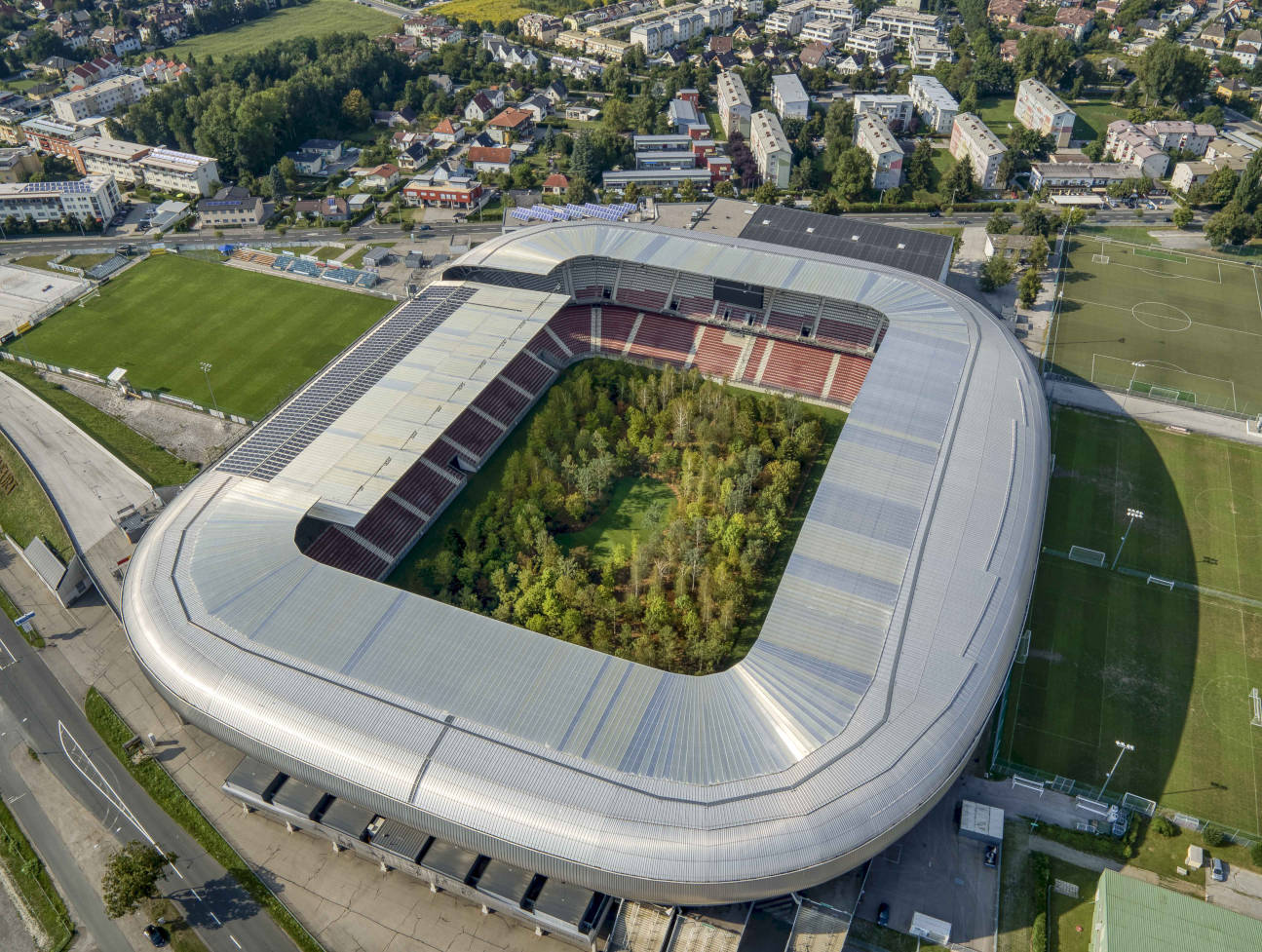 Back in 1970, Max Peintner drew a picture -- "The Unending Attraction of Nature" -- showing a stadium full of people all watching a forest of trees down on the field.

This year the Swiss curator Klaus Littman decided to make it a reality. He took 300 mature trees, some weighing up to six tons, and planted them in Austria's Wörthersee Stadium, turning it into a massive art project. Much like the original Peintner drawing, it's a haunting meditation on our relationship to nature, made additionally resonant given the today's depredations of climate change.

Of course, because it's about climate change, the reactionary right is pitching a hissy fit about the art. As Artnet reports:

Two hard right parties, the Alliance for the Future of Austria (BZÖ) and the Austrian Freedom Party (FPÖ), have publicly criticized the project, which is the brainchild of Swiss curator Klaus Littmann. Among other things, they have falsely claimed that the installation, which fills a local soccer stadium with a grove of 300 trees, was taxpayer-funded.

The resulting public controversy has taken on alarming dimensions. In a recent profile in Der Standard, Littmann claimed that he has not only faced verbal criticism for the project, but was also physically attacked on the street and pushed into traffic. According to the curator, his assailant shouted, “Go away and take your shitty forest!” (“Verschwind mit deinem Scheißwald!”)

Before the September 8 opening, the BZÖ rallied supporters on social media, instructing them to gather in front of the stadium during Littmann’s opening and make a statement with “non-functional chainsaws.”