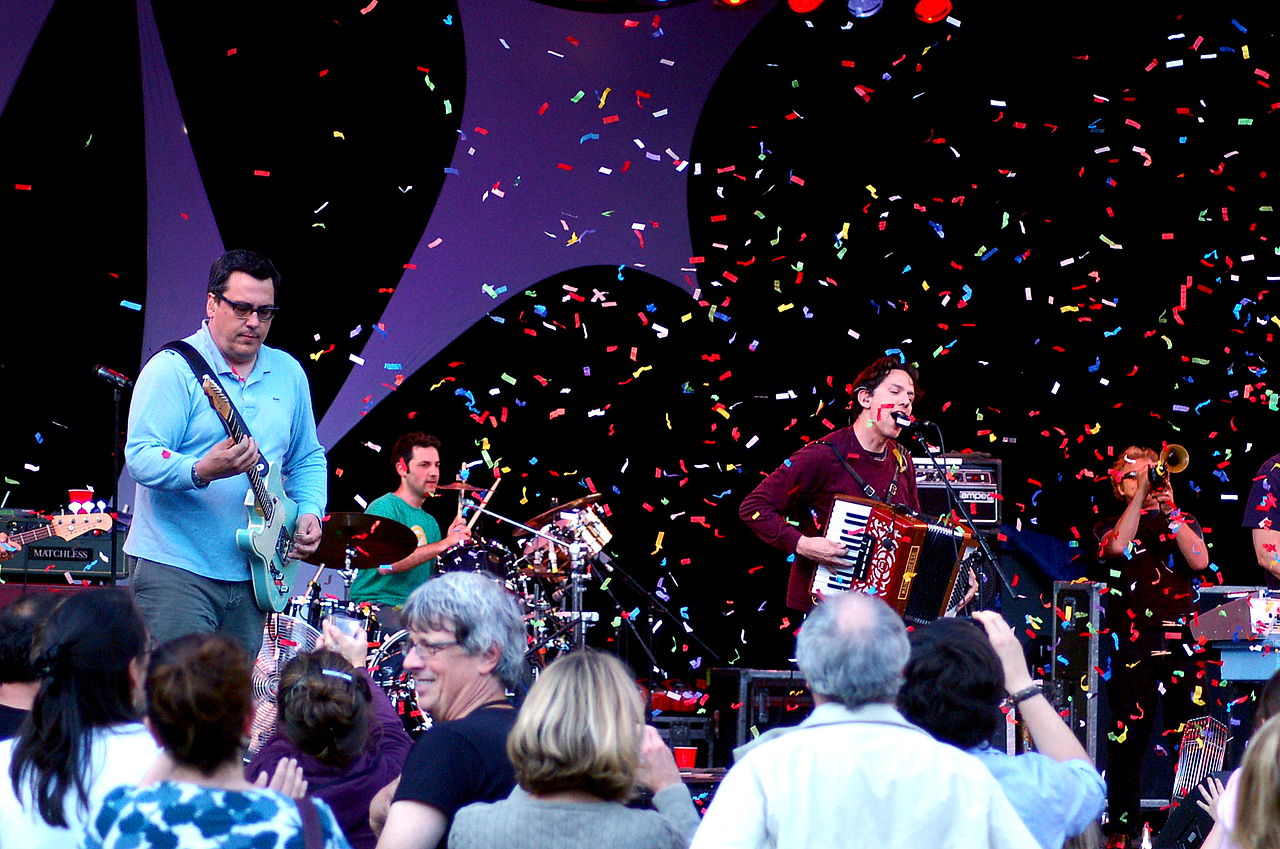 I missed this earlier in the week, but Wednesday, January 15 was the 30th anniversary of They Might Be Giants' third album, Flood—their major label debut that brought Casio synths and drum machines and Triangle Man and Constantinople to the mainstream.

SPIN Magazine has a great retrospective on the album, speaking with artists from Mike Doughty to Chris Carrabba to Open Mike Eagle about the impact that it had on their lives.

My own exposure to TMBG came through their weird animated music videos on Tiny Toons. I started actively listening to them in high school because my friend Flood from Asbestos Records told Teenage Me that they had an album named after him. He was lying. But he did later convince me to start a They Might Be Giants tribute band. We played exactly one show, and we called ourselves Your Racist Friends, after a song from Flood.

In hindsight, that name may not have come across as tongue-in-cheek as I thought at the time. 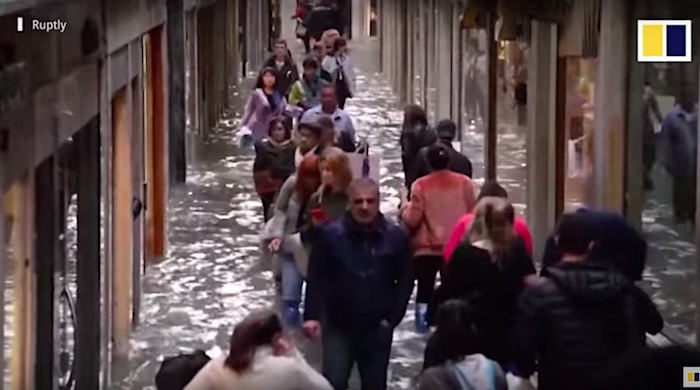 Drone footage of one small part of a Texas-sized flood 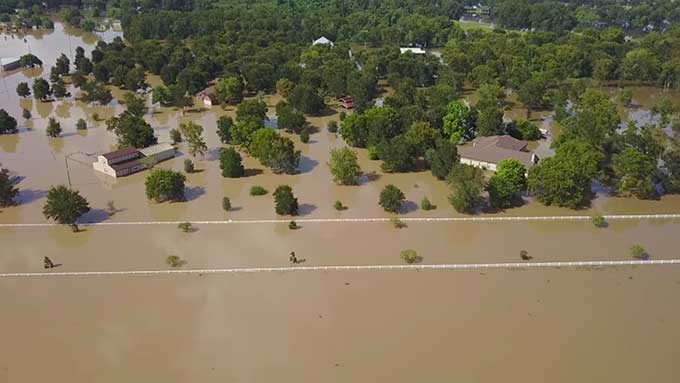 Bruce Sterling posted this astonishing video of the flood in Simonton, Texas. It was shot by drone and posted to YouTube by the Fort Bend County Office of Emergency Management. It's going to take a long time and a lot of money to return to the way things were.

Here's how to donate to food banks in the affected area. Read the rest 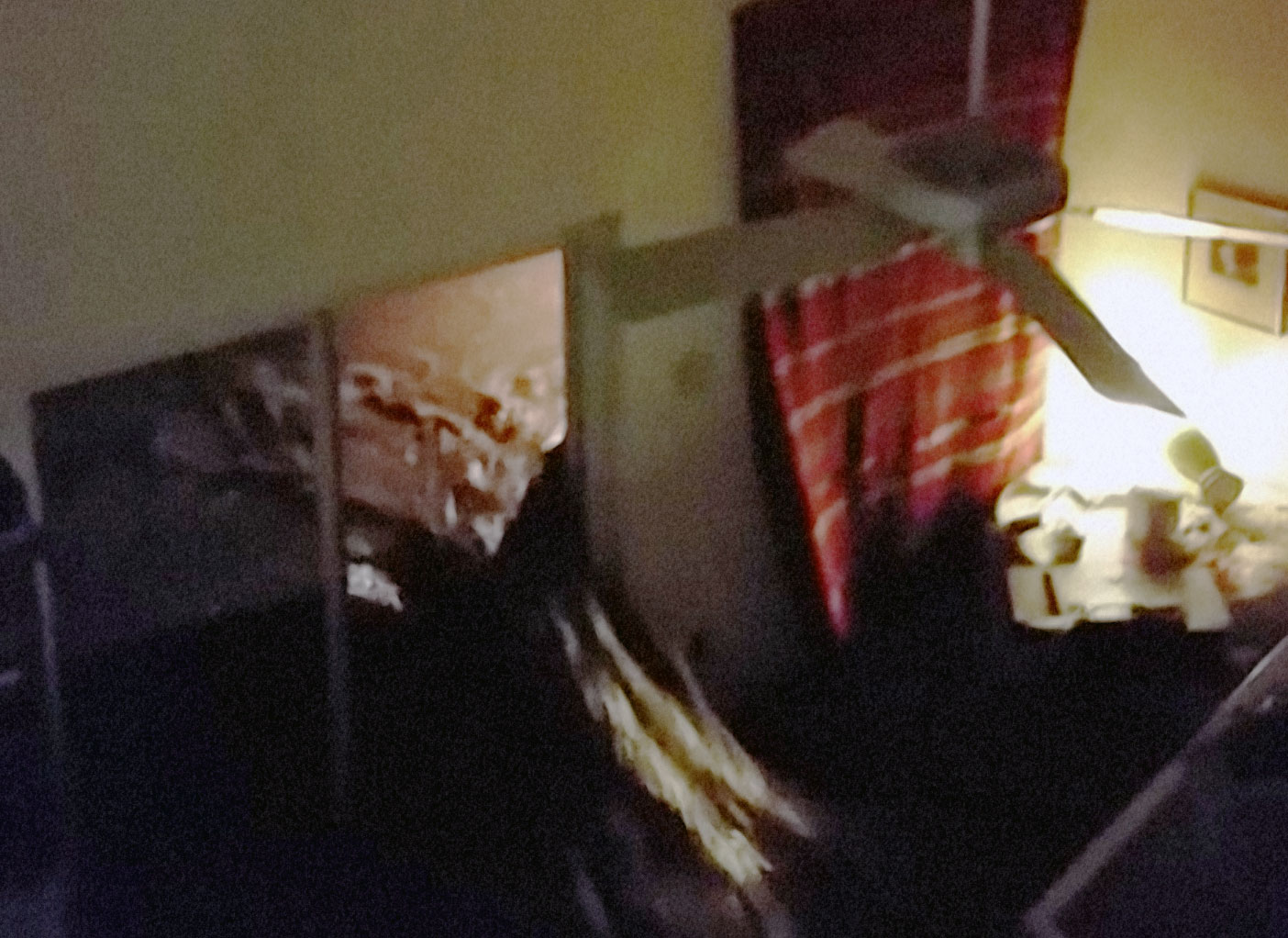 CNN reports on high waters and extreme weather that have taken at least 35 lives in Texas, Oklahoma and Mexico. Read the rest

During last night's storm emergency, I monitored the FDNY scanners to try and follow fast-moving and difficult-to-obtain details about what was happening where in NYC. For future reference, radioreference.com is an excellent way to do that (provided you have power and internet access). Along with that, you'll want to have two browser tabs open, for a cheat sheet on the codes the first responders use: Box Codes (find the location of the fire alarm boxes people use to get an FDNY response in an emergency), and FDNY 10 codes (shorthand developed in 1937 for common communication among first responders).

One good thing to keep in mind: not everything you hear on the scanner is confirmed fact. By definition, the first responders are often working with incomplete and unconfirmed calls for help, and chaotic situations. That, combined with the fact that it can be hard to understand what they're saying, make careful listening and sharing essential. Read the rest

Thailand is 20% underwater, and is second-biggest hard drive producer after China. Now do you care about the floods?

A boy and girl give rides for a fee to flooded residents in Bangkok November 2, 2011. The floods began in July and have devastated large parts of the central Chao Phraya river basin, killed nearly 400 people and disrupted the lives of more than two million. REUTERS/Adrees Latif

There may be a shortage of hard drives for the big Christmas retail season because of the catastrophic floods in Thailand. By some estimates the total global output of magnetic hard drives could fall as much as 30% in the final three months of 2011.

Production of laptops and other devices that use these drives may be impacted through early 2012. Second only to China, Thailand is one of the world's top hard drive producing countries. Western Digital and Seagate now produce about 90% of hard drives, and both have affected plants in Thailand. Western Digital's factory is literally underwater.

What stock remains will grow more expensive, with price increases of 20-40%, as demand outstrips supply.

Car production is affected too, as many auto makers use electronic parts made in Thailand. Toyota will slow production of cars in the US because of a shortage of Thai-made parts. Shipments of cameras will be impacted, too—and likely, their price.

(notes and links from Ned Sublette)

A flood victim cycles through the water using a homemade tall three-wheeler in Bang Phlad district, Bangkok October 30, 2011. Thailand's worst floods in half a century have killed 381 people since July, wiped out a quarter of the main rice crop in the world's biggest rice exporter, forced up global prices of computer hard drives and caused delays in global auto production after destroying industrial estates. Read the rest