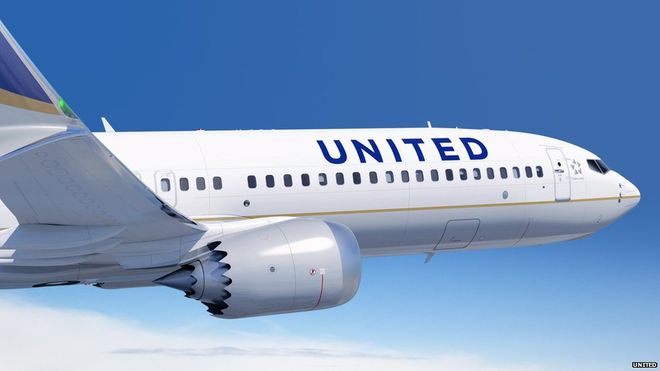 A passenger's bag slides into a United Airlines test compartment with ease, but the employee pulls it out, then sets it down on the test compartment at an angle to prevent it from going in. He shrugs and says "Rules are rules." Why is this staffer purposely stressing out a passenger? Years ago United staff had a reputation for treating their customers with snide contempt. In more recent times they seemed to be on a path of rehabilitation, but institutional sociopathy has crept back. Read the rest 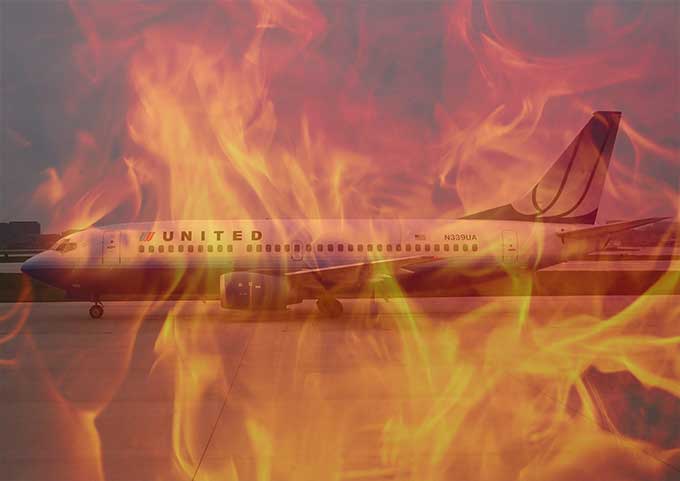 France and other passengers begged for an ambulance. 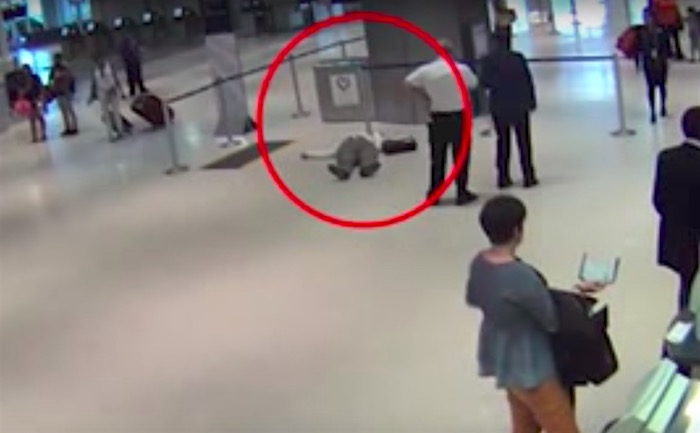 In response to the video, United released a statement to KPRC saying it is “disturbed by the completely unacceptable behavior shown in a video of a customer and a former United employee.” 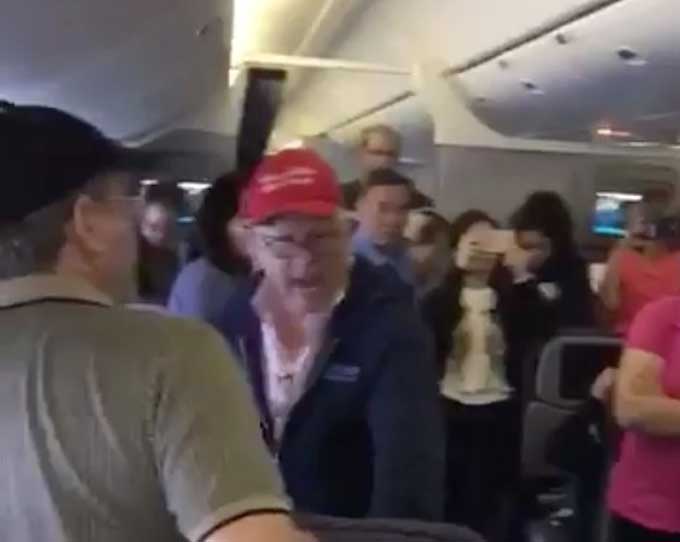 It's hard to tell what's going on here with all the shouting, but a passenger was posting live updates about an irate gent's antics on this United flight from Shanghai:

Already delayed an hour coming out of Shanghai to EWR when an older man in my row with a "Make America Great Again" hat decides to make a ruckus and delay everybody else. He insists that, because he couldn't get an upgrade, he's entitled to all three seats next to him even though they're assigned to somebody else.

Captain, crew, and airport staff come over. Man threatens that they'll have to drag him off the plane.

He finally relents, but not before berating some female passengers and crew, calling one passenger "Hillary" (lol) and "lesbian".

Props to the United 87 crew for handling it professionally.

update: Still haven't left yet. Everybody is standing, calling him an asshole, and urging him to leave.

update 2: Police have arrived to applause

update 3: Crowd is really giving it to him.

In English and in Chinese. Some people are really funny

Been asked to deplane

Update 4: Haven't reboaded, but he is finally escorted off the plane. Crowd is pissed and chanting "Lock him up"

Update 5: Finally reboarding and will get there 7 hours late, but we'll get there.

Probably thinking that I'm hungry, the older Chinese lady (who can't speak any English) sitting next to me offered me a cookie.

Update 6: Landed at SFO. waiting for a crew change and to get turned around to EWR.