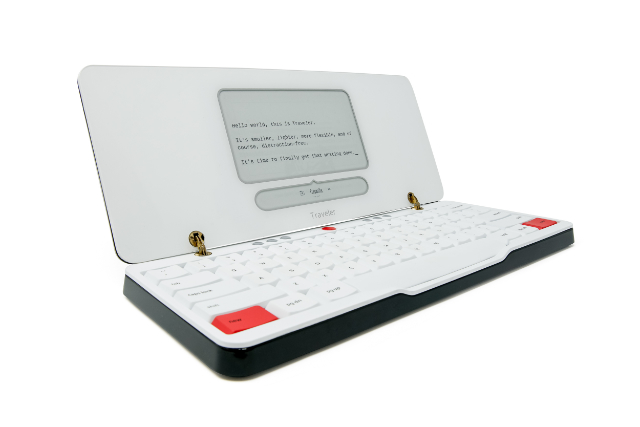 Everything I've written on my Freewrite for the last year 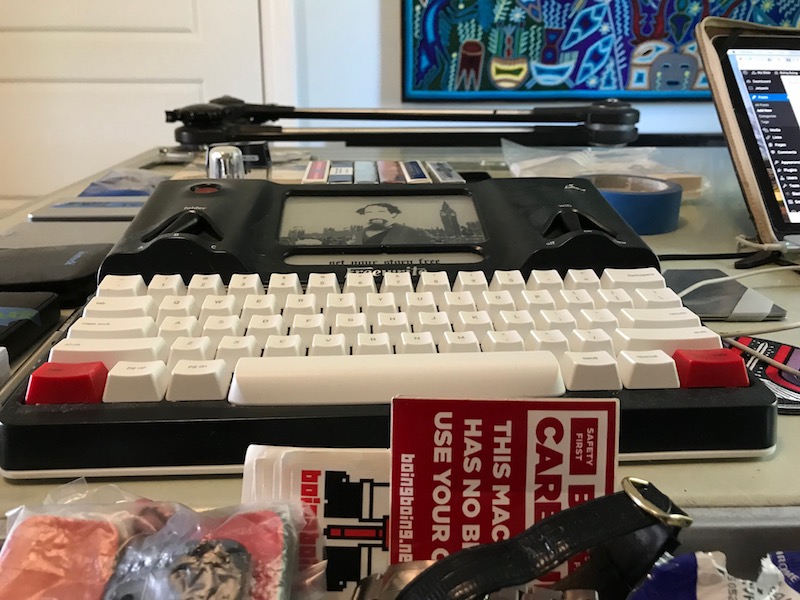 Freewrite is a single purpose first draft creative writing machine. I got one thinking it'd be a good idea to be disconnected from the internet and limited to just writing.

I offer this complimentary Boing Boing exclusive, collector's limited web edition The unabridged Freewriter compositions of Jason Lawrence Weisberger as written November of 2016 through the 24th of October, 2017 for your enjoyment and edificaiton.

This is a another attempt to use the Freewrite. I am hoping to write a few more sentences and then upload the document to the google cloud. This has seen marginall more use than my Baubax jacket.

So far this hasnt been the worlds most intuitive device and honestly editing anything even simple typing mistakes you makde a few words back is a huge hassle. Just look at this sentence! Capitalization and punctuation will suffer but I guess this will be great (???) for getting out a firsrt fraft of something that is completely disconnected from research or the internet.

the angle of my stand up desk is not very good for this keyboard. I’ll need to find someplace else to put it.

I’d forgotten this thing existed. Never moved it. Seems like it should be useful. Has not been. Freewrite needed a reboot after charging. The hard reboot power switch hold down routine is for longer than I suspected, or their manual suggests: a very long twelve seconds.

Appears that all is working again. I have the cable in so it can charge. 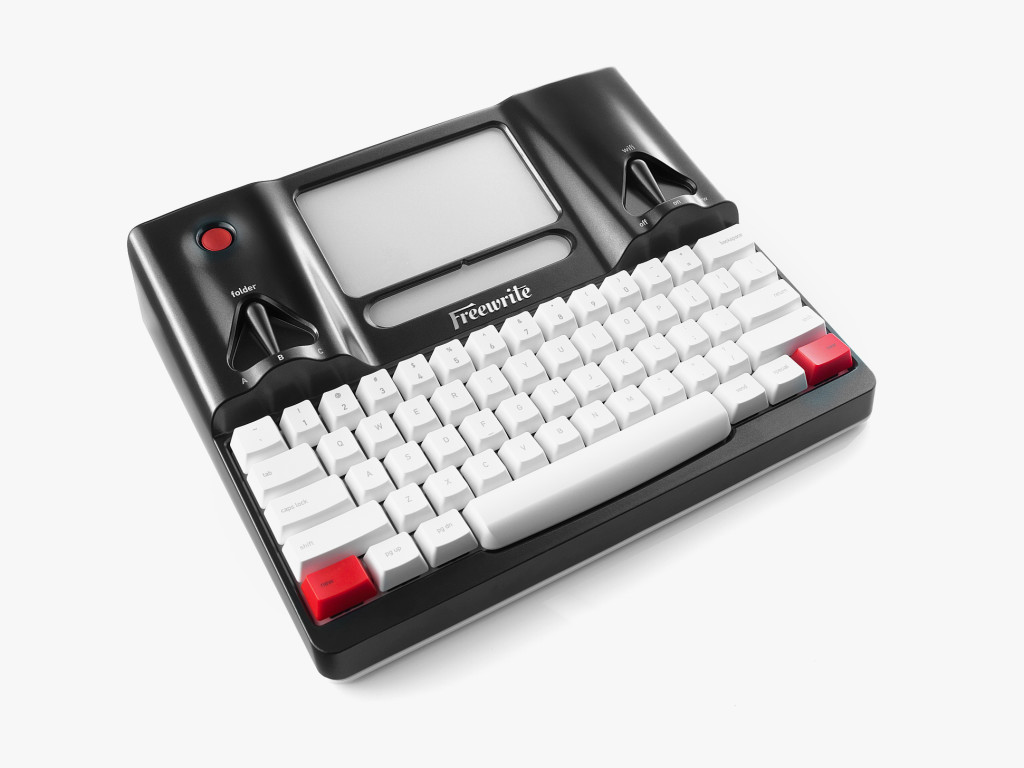 I jumped on the Freewrite/Hemingwrite kickstarter ages ago. It took so long for the single purpose, first-draft-only word processor to show up, I'd occasionally forgotten it was coming. I've had it for a few weeks now, and last weekend I typed a review out, on the unit itself.

Thing is, you can't edit on the unit. The review below is the raw output of my clattering away at the old-timey keyboard.

If there is elegence to be found in simplicity, the team at Astrohaus have done their damnedest with the Freewrite, their single-purpose, distraction-free word processor. Originally billed as the Hemingwrite, I bought into the kickstarter on this years ago, hoping it'd help me focus on some short stories I never get finished while working on my laptop, or bother to transcribe from my notebooks.

I waited a long time for this unit, so I'm a little less forgiving of the problems than I might be with another kickstarted piece of kit. I have absolutely no complaints about the fit and finish. The device is pretty lovely in its gaudiness. It is supposed to resemble a typewriter, I think of the 1920s-1930s generation of my Remington Rand Deluxe Porta 5. It sort of does, the selector switches are mounted in a way to resemble the reels for ribbon, but it more closely feels like a mid to late 1990s portable wordprocessor. It weighs slightly, but not much less. It works about the same, and part of its charm is that it throws back to a mechanical keyboard like they would have used back then.