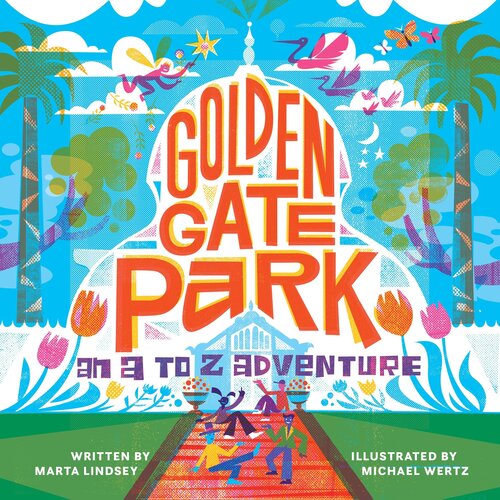 Happy mutants Andy Cowitt and Michael Wertz have collaborated on a song that tells the story of Golden Gate Park -- San Francisco's three-mile-long stretch of man-made natural space -- from its sandy start to "skaters on streets." It was created to coincide with the park's 150th anniversary (Saturday, April 4!) and the release of Marta Lindsey's new children's book (illustrated by Wertz), Golden Gate Park, an A to Z Adventure ($17.99).

Look at how stunning the book is!