I miss living in that world where a giant pitcher of Kool-Aid could have reasonably come busting through a wall at any moment. Things are a lot worse now.

Funko knows. This is the Koolest. 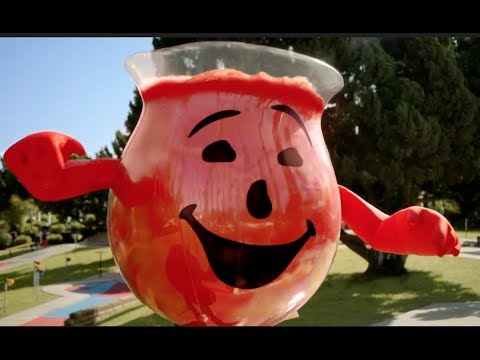 The giant talking pitcher of Kool Aid was always absurd to me. Glad to see he is still out there "Oh YEAH!!!"ing.

I never understood why it was acceptable to make fun of group suicide by using "drinking the Kool Aid" as a business term.

"Thinking outside the box" refers to a casket. Read the rest