New logo for the Rio Olympics 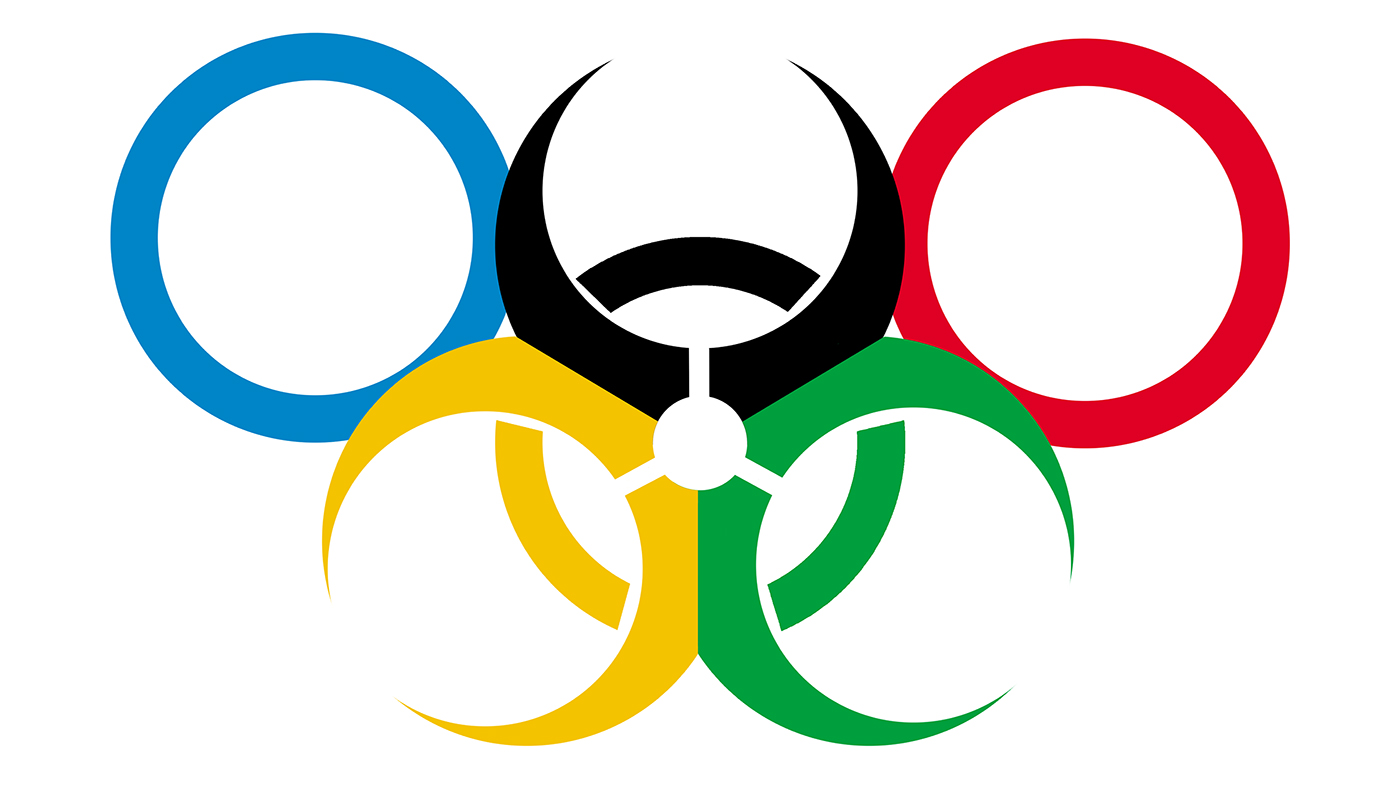 On Reddit, Nephelus notes the shambolic and rather menacing state of the forthcoming Olympics in Rio. In honor of Zika, the disease that will spread like crazy once the tourists show up, they created this striking new logo. Read the rest

Black Lives Matter in Rio, too 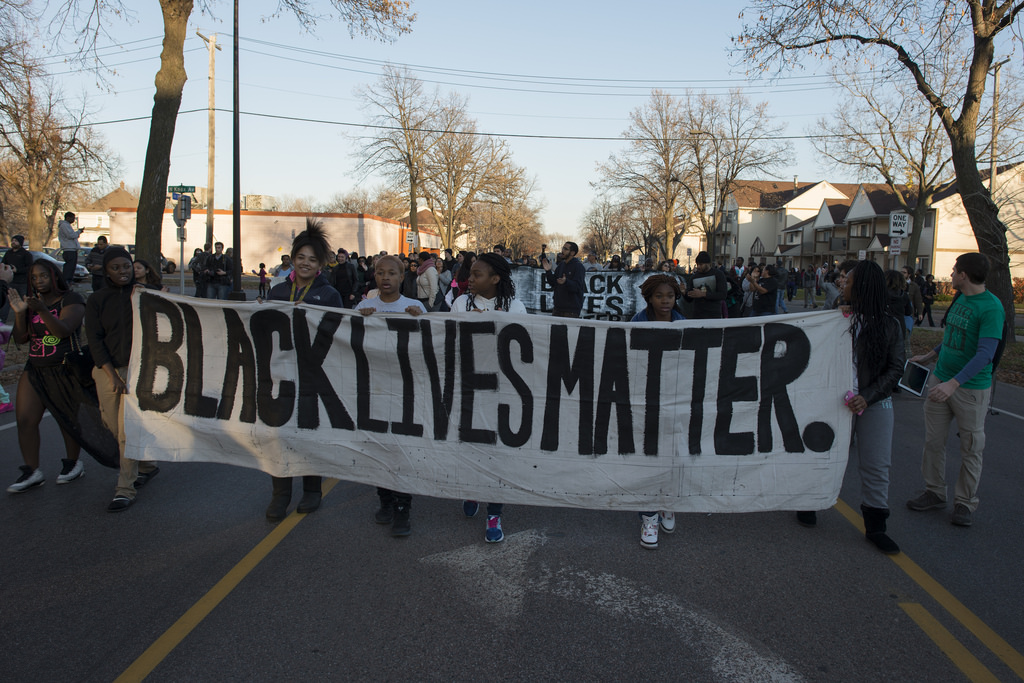 In Brazil, racial discrimination against darker-skinned people is rife; and the famous unequal society is especially tilted against black Brazilians, who are subjected to horrific summary executions by police in the favelas (squatter neighborhoods). Read the rest

It's official: the Olympics result in the worst budget overruns of any megaproject 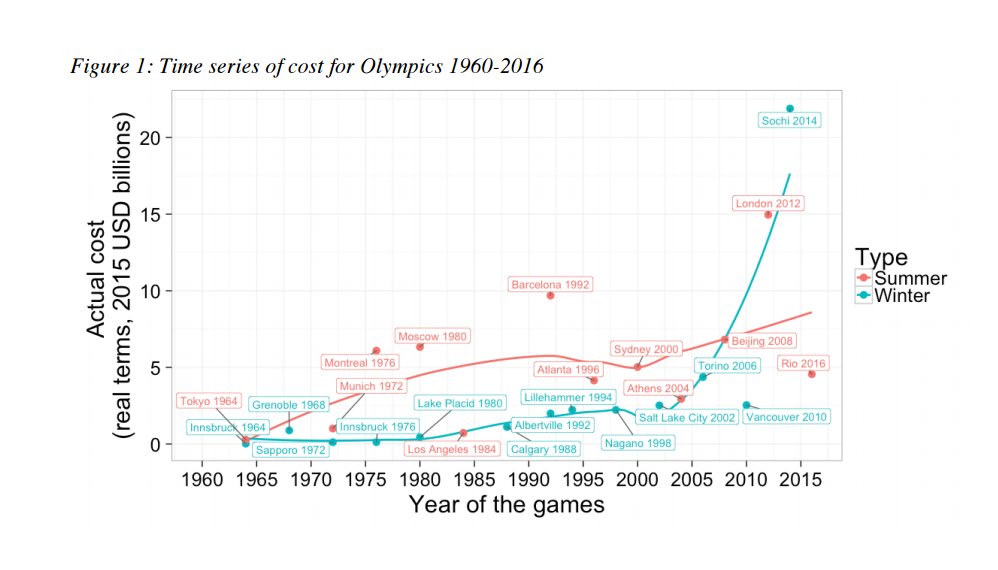 In "The Oxford Olympics Study 2016: Cost and Cost Overrun at the Games," three researchers from the University of Oxford's Said Business School examine the cost estimates and actual costs of every Olympic games since 1960, and finds that they are the most likely of all megaprojects to exceed their estimates, and also exceed those estimates by the largest amount of any megaproject. Read the rest 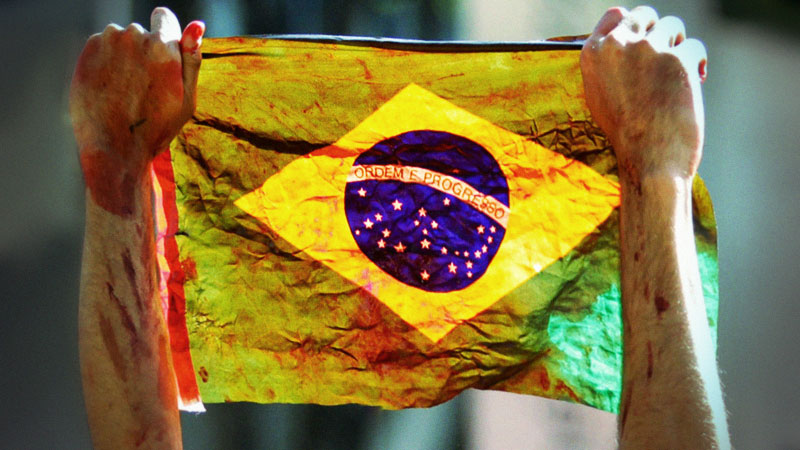 Amnesty International reports a "huge increase" in the number of people killed by police in Rio de Janeiro in the run up to the Summer Games.

According to new figures from Brazil’s Public Security Institute, in the city of Rio alone 40 people were killed by on-duty police officers in May: an increase of 135% on the same period last year, when 17 were people killed by police. Across Rio state as a whole, police killings almost doubled, from 44 to 84.

The 2016 Olympics are shaping up to be quite the trainwreck: a government meltdown, a doping scandal that may see Russia's entire team banned, and a public health crisis likely to convince many athletes, media and tourists to stay away.

Previously: Rio: your quadrennial reminder that the Olympics colonize host-states with Orwellian surveillance and human rights abuses Read the rest 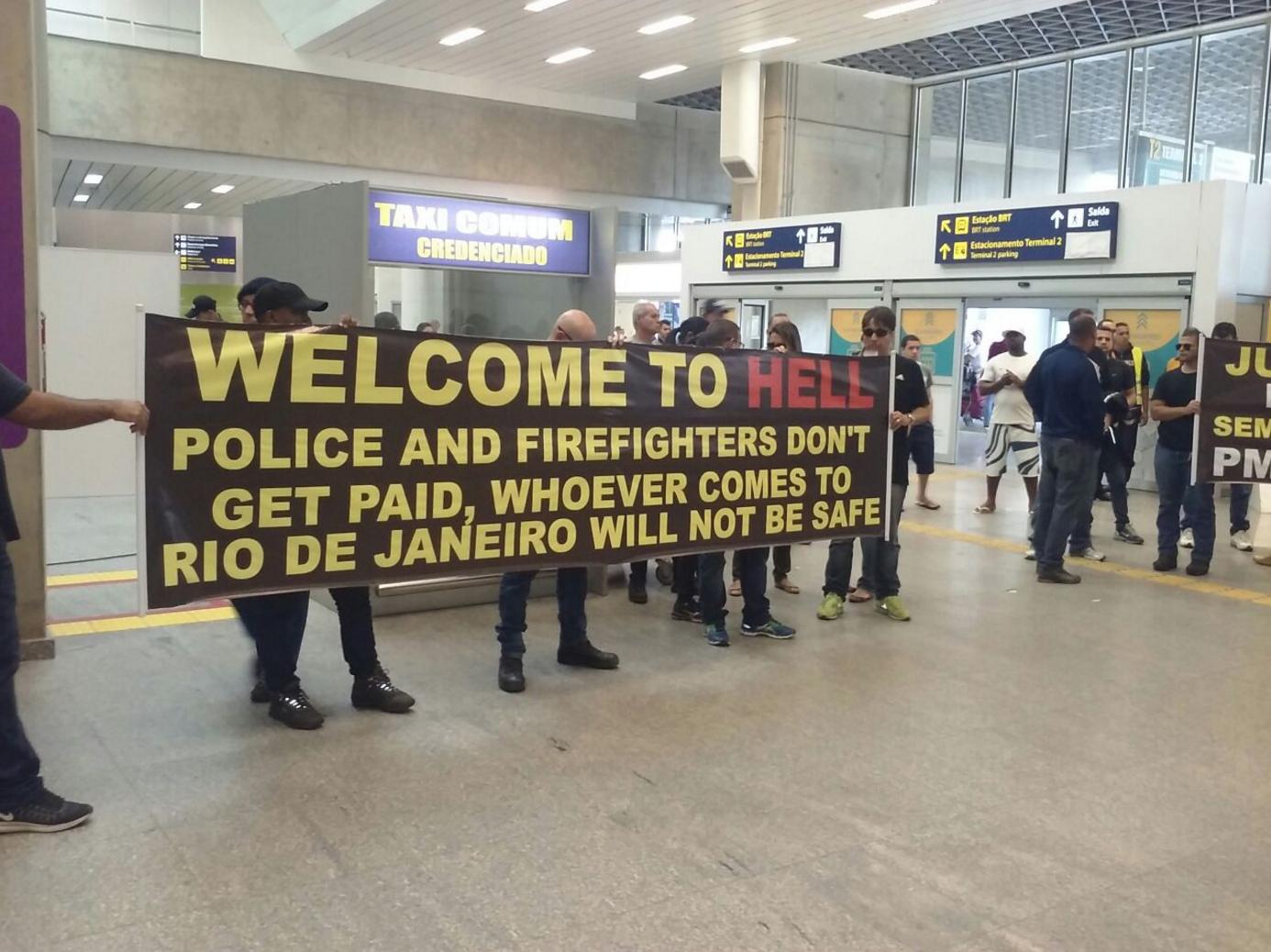 Going for the Gold: The Economics of the Olympics, a paper in the Journal of Economic Perspectives analyzes the economics of hosting the Olympics, indicting the numbers game played by bid committees and the IOC. Read the rest

Rio: your quadrennial reminder that the Olympics colonize host-states with Orwellian surveillance and human rights abuses 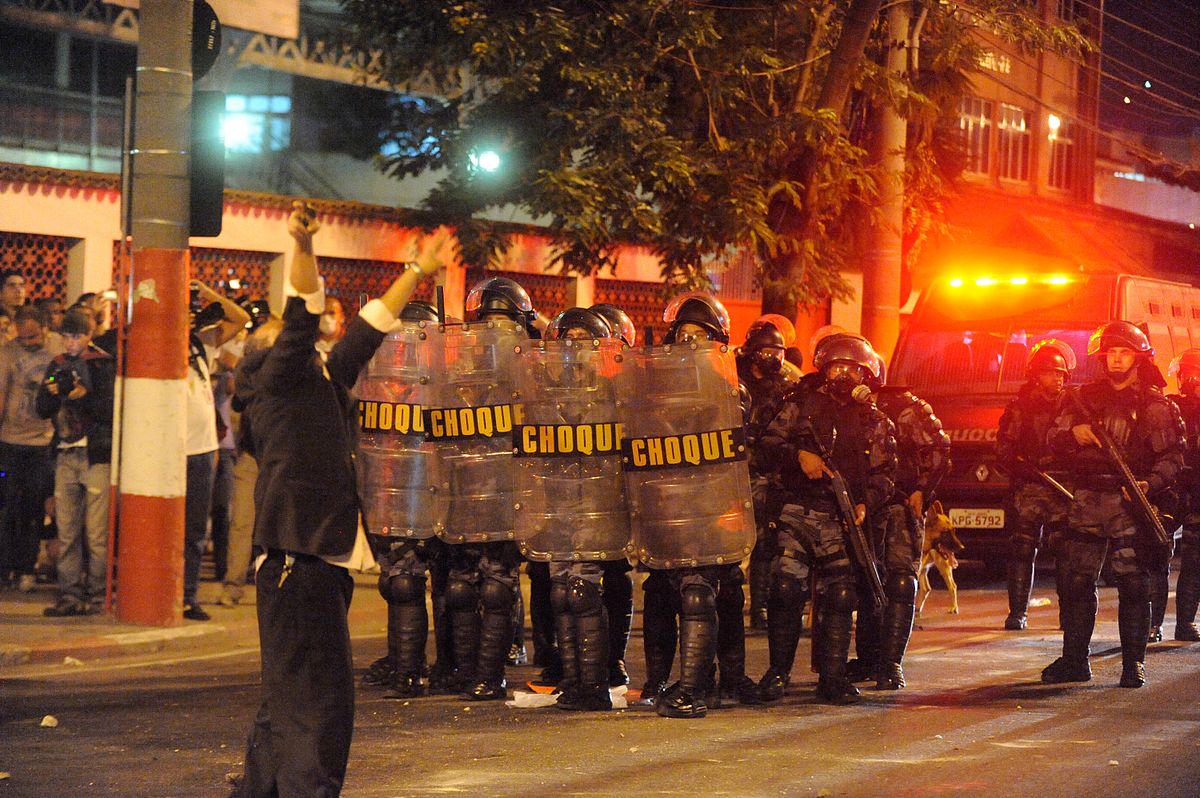 Remember in 1988, when South Korea's military dictator created slave-labor camps and kidnapped thousands of homeless children to work in them? Read the rest 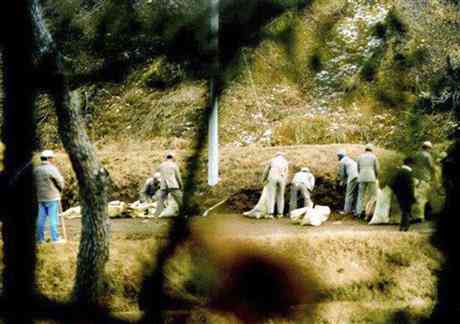 Rio isn't ready. It wouldn't be the first time London took over for other cities. Read the rest

The Russian Olympics: Observations of a Perplexed Spectator

My friend Dale Dougherty, founder of MAKE Magazine and creator of Maker Faire, went to Sochi with his wife, Nancy. He wrote a long, fascinating account of their stay in Russia for Medium. He included lots of pictures.

“You are such a sports fan,” Nancy said to me, as though she just noticed it after 30+ years. I do love and hate being a sports fan. I’m conflicted. I’m not always sure why I like to watch sports — and it is as a spectator that I’m most intensely involved.

The conflict for me is that I really don’t care anymore who wins or loses. This is true in the Super Bowl, World Series and the Olympics. I don’t have a team I’m rooting for. I’m looking for something else and I think I realized what it is at the Russian Olympics.

It’s hard to watch the Olympics on TV in America because of the way they package it for Americans, trying to develop a sense that we are rooting for our country and making a connection to American athletes. So much is fabricated, and I wanted to see beyond that. I didn’t come to root for TeamUSA, although I do care what Americans are doing and how American athletes are competing. But it is not why I came to Sochi.

The Russian Olympics: Observations of a Perplexed Spectator Read the rest

One day after a video of Pussy Riot being horsewhipped by cossacks in Sochi went viral, the band had released a new music video in which the footage is heavily featured, amid anti-Putin rhetoric. Read the rest

Members of Pussy Riot, including the recently freed women Nadezhda Tolokonnikova and Maria Alyokhina, were brutally whipped, sprayed and beaten by cossacks representing Russian authorities at the Sochi Olympic Games. The women call the Olympics a political event, and report that they have been harrassed and detained continuously since arriving in Sochi to protest them.

Some other members of Pussy Riot have repudiated Tolokonnikova and Alyokhina and do not consider them to be representatives of Pussy Riot any longer. Read the rest

NBC's Sochi headquarters includes a secret, prohibited Starbucks with a crew of 15 imported baristas that keeps the NBC crew fuelled and in good spirits.

NBC and Starbucks say that having drinks dispensed by a non-sponsoring organization (Starbucks) doesn't violate the Olympics' corporate lickspittlery rules because the Starbucks, being located inside the private NBC pavilion, is a "personal item." The Starbucks presence at the Olympics is larger than 57 of the national delegations, and there's a whole elaborate supply-chain of beans being specially imported.

For me, the bewildering thing about this whole deal is that they went to all this trouble to import what is ultimately pretty shitty coffee. I mean, go big or go home -- bring in some beans from Tonx or Intelligentsia or Square Mile, get some of those badass baristas from Melbourne or Wellington, and really go to town. It'd probably be cheaper, and it'd taste about ten million times better.

AT-ATs versus the Olympics

This is the only footage from Sochi that you really need to watch: when the AT-ATs of Russia attacked the skiers, it was sheer, Olympian magic. Watch it now before the IOC exercises its right to humorlessly obliterate anything that interferes with the corporate integrity of its celebration of human potential and indifference to human rights.

Russian Olympic official to reporters: stop complaining about hotels or we'll release CCTV footage of you in the bathroom

Dmitry Kozak, Russia's Olympian deputy prime minister warned a Wall Street Journal reporter that he would release hidden-camera footage of journalists in their hotel bathrooms if they continued to complain about the substandard hotels in Sochi.

Just a reminder for anyone thinking of travelling to Sochi after the Olympics for a spot of tourism: according to Russia's deputy prime-minister, the hotel bathrooms have surveillance cameras that watch you in the shower. Read the rest