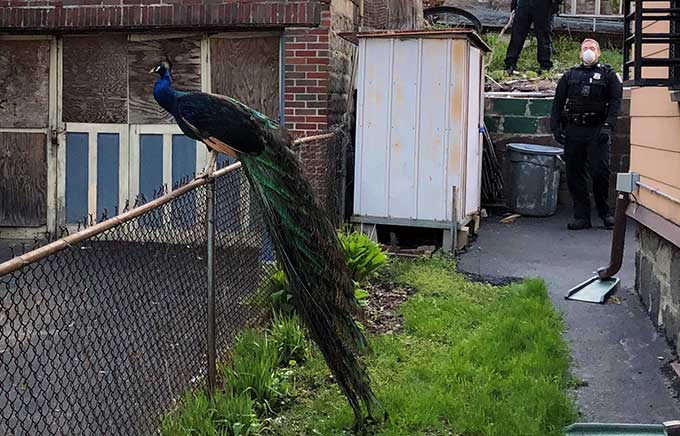 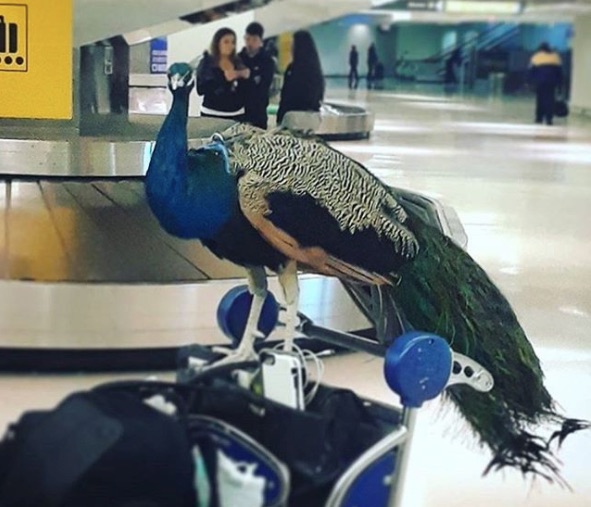 United Airlines barred Dexter, an emotional support peacock, from boarding a flight at Newark International Airport on Saturday. From the Washington Post:

United Airlines confirmed that the exotic animal was barred from the plane Saturday because it “did not meet guidelines for a number of reasons, including its weight and size.”

“We explained this to the customer on three separate occasions before they arrived at the airport,” an airline spokeswoman said in a statement Tuesday to The Washington Post...

The peacock’s owner, who was identified by the Associated Press as Ventiko, a photographer and performance artist in New York, told the news agency that she bought the bird its own ticket. 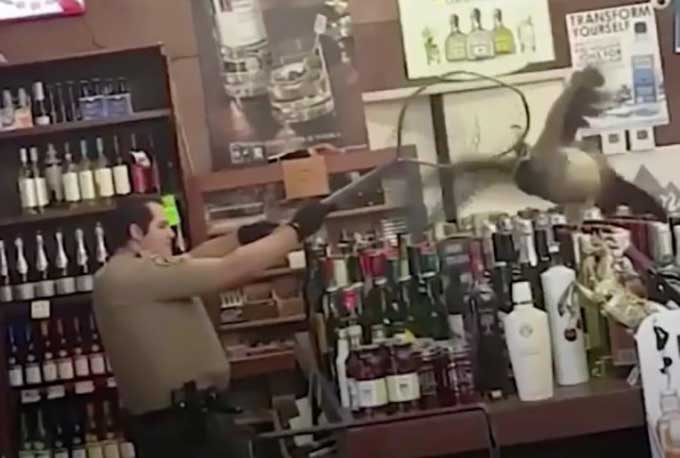 The animal control officer doesn't know if he should use his net to catch the bird or the bottles of liquor falling off the counter.

We started a new page called @animalsdoingthings and it's all animal videos and they're all hilarious. Check it out