For sale (in Canada, natch): A Cadillac Snowcat stretch limo 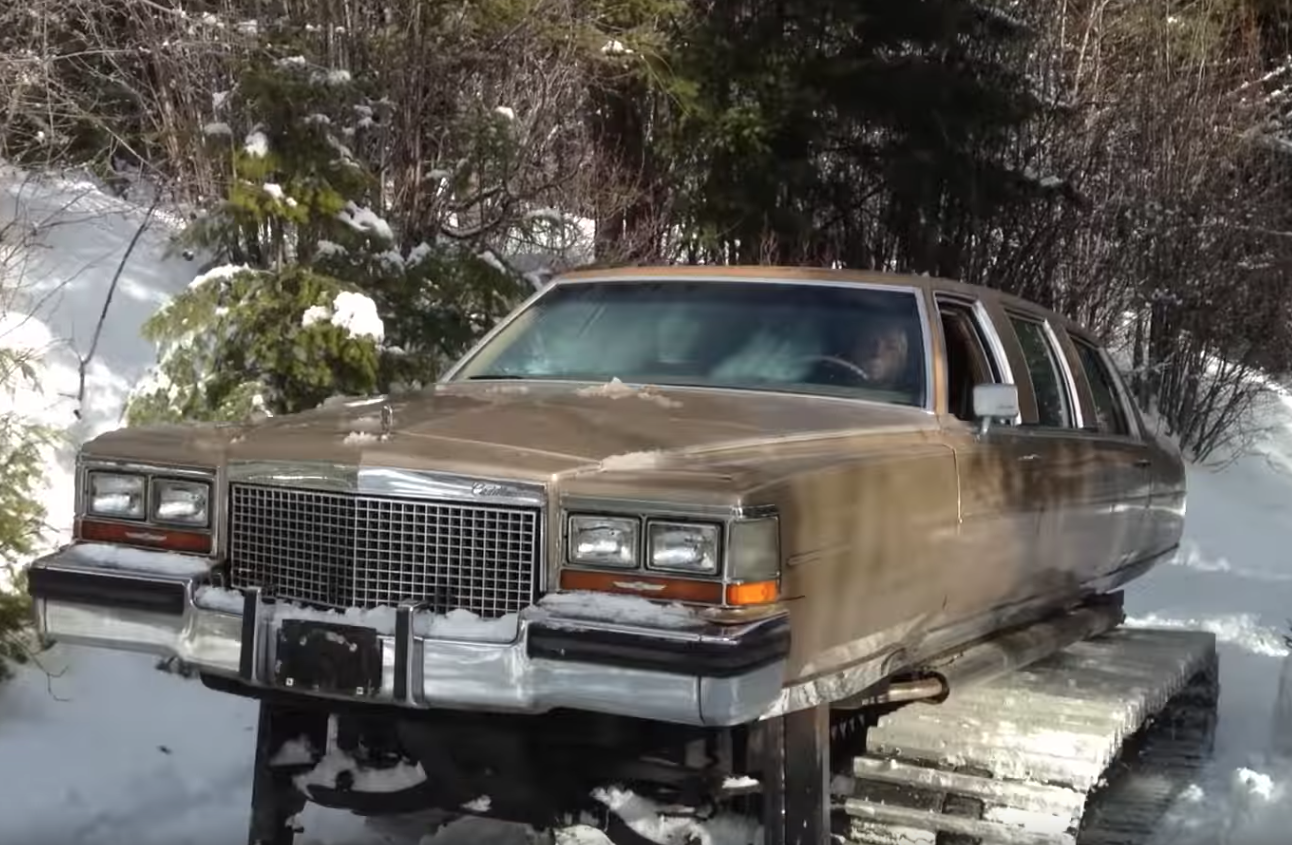 Tackle winter's snow in over-the-top eighties luxury with this snowcat stretch limo, posted on Craigslist by its owner Robert Falck of Vancouver. This mashup of an old Bombardier SV250 Skidozer and a 1989 Cadillac Brougham limousine can be yours for the low price of $6,000 CAD (approx. $4,575 USD).

Still, despite the vehicle’s limited practicality, the builder says the Cadillac Snowcat has been popular among Craigslisters. “I’m literally fielding about 30 calls a day,” he told me over the phone.

Thanks, Eveline! Read the rest