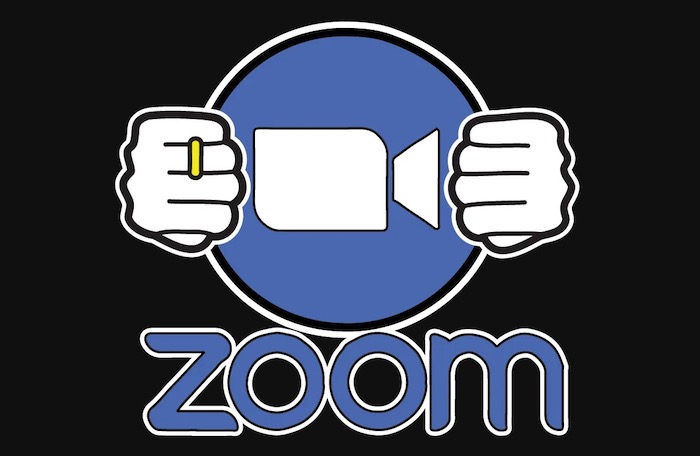 If you loved HBO’s "The Deuce," The Rialto Report will leave you spellbound 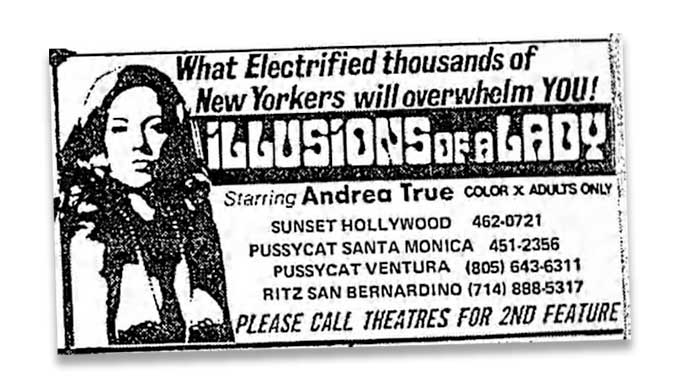 The Rialto Report is a podcast series and digital library that archives oral histories, images, magazines and books covering the golden age of the adult film industry in New York, from the early-1960s to the mid-1980s. It’s the project of adult film historians Ashley West and April Hall, both of whom served as consultants for HBO’s The Deuce.

Their podcast interviews are in-depth, intimate, and unrivaled, featuring some of the industry’s biggest and most influential names of the era; Seka, George Payne, Candy Samples, Hyapatia Lee, Jerry Butler, Candida Royalle, and Uschi Digard are among other well-and-lesser-known performers and industry stakeholders featured throughout the series.

Certainly, this “golden age” wasn’t exactly golden for all involved. Many performers—both women and men—were exploited, underpaid, mistreated, abused, or worse, and the Rialto Report doesn’t sugarcoat. Their interviews pull no punches and never miss an opportunity, allowing their subjects the space to share their perspectives and tell their own stories—many of them surprising, some of them shocking, all of them intriguing—bringing listeners to the inside of an opaque industry during New York’s epoch of the X-rated.

In an email filed as evidence in the suit, the man's father wrote: "I did you a big favor by getting rid of all this stuff."

lawsuits / pornography / tell it to the judge 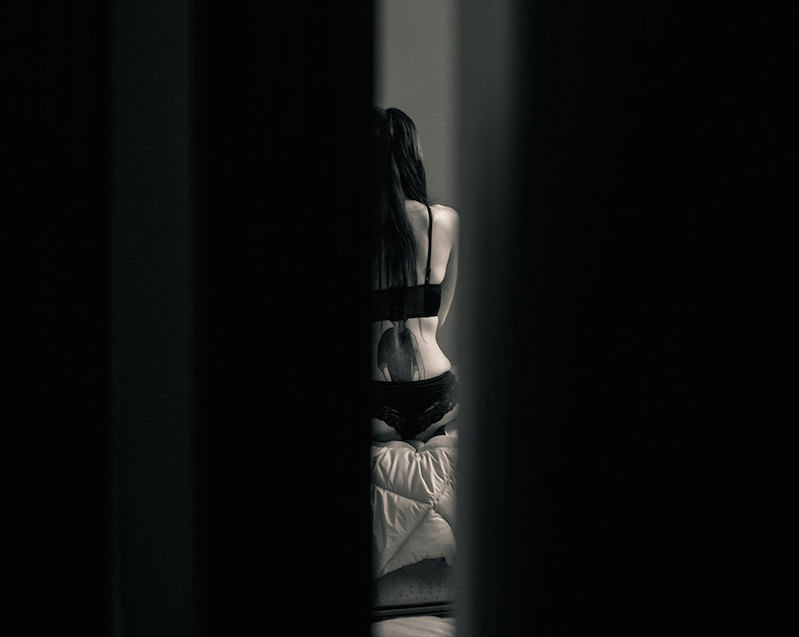 Santa Barbara County Sheriff's Department documents obtained by Radar Online describe materials depicting "animal torture" and "nude children" that were found during a 2003 search of Michael Jackson's Neverland ranch. The issue of pornography in the Michael Jackson child abuse investigations first arose about a decade ago. The pop music icon died seven years ago, but the ugly secrets of his alleged abuse keep surfacing. Read the rest

Oregon Historical Society has posted Pages of Death, a "long-lost" anti-pornography movie in similar vein to the legendary Reefer Madness: "These kids can pick up girly magazines and sex-violence stuff all over town!"

It was released in 1962, much later than most of those propaganda exploitation flicks. If it was already old-fashioned at the time it came out, that fact might not be obvious to present-day viewers.

The blurb follows… Read the rest 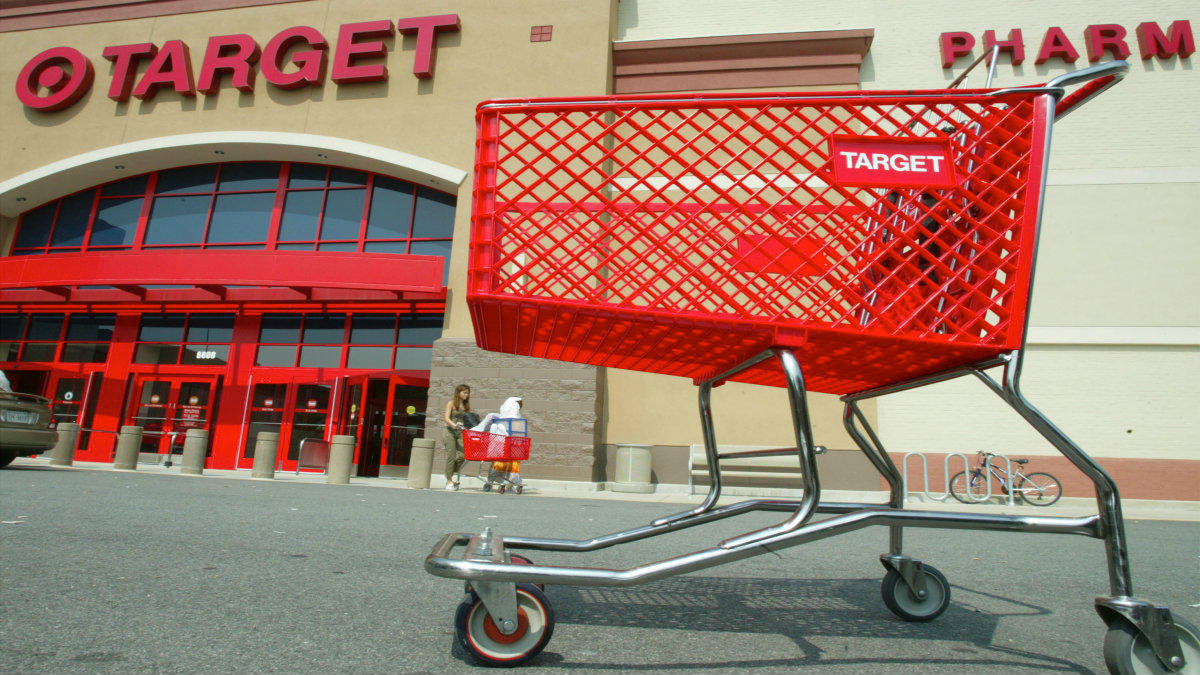 “We are actively reviewing the situation with the team to better understand what happened and to help ensure this doesn’t happen again,” a Target spokeswoman told the Los Angeles Times.

Thing is, it isn't the first time. In July, shoppers at a Target in San Luis Obispo, California heard grunts and moans over the loudspeakers. The store was "evacuated" until the audio was silenced, according to report in the San Luis Obispo Tribune. 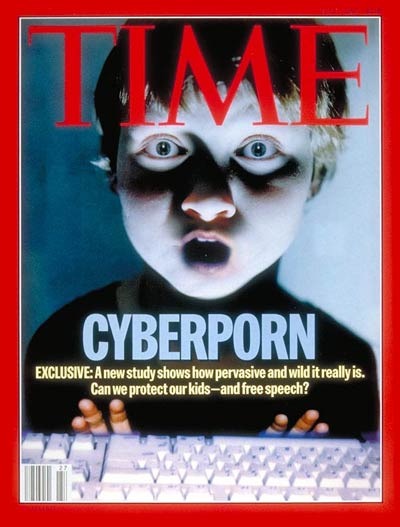 In 1995 Time magazine published a cover story about online pornography that gave grandstanding politicians an excuse to try to censor the Internet. The politicians would have succeeded, if it weren't for the efforts of civil libertarians, especially Mike Godwin, who was staff counsel at the Electronic Frontier Foundation at the time.

The problem with the story, which I sensed as I was writing it but was too green, too ambitious, too scared of losing my cover slot to address, was the news hook—the “report coming out this week” that I’d pitched to the editors as a Time Magazine exclusive guaranteed to make a splash.

The report—an undergraduate research paper published in a law journal—made a splash all right, but not the kind that reflected well on me or the magazine.

Designer Holly Gramazio makes games you play in person, at events and installations: non-digital works that use physical spaces. But thanks to a very special set of rules—namely, the long list of sex acts suddenly banned in the United Kingdom—Gramazio was drawn to make a hilarious digital game for the first time.

Imagine two or three people go to a hotel room -- a normal, clean room with a computer on the desk, and in that computer is a descriptive, interactive rendering of the room that they are in. It takes just twenty minutes to 'play', and the game is really just a facilitator for people to explore, play and think about the state of being in a hotel room.

These are the experiences Gramazio engineers normally: "One person left three really dirty cotton buds in the bin. There were no cotton buds in the hotel room," she recalled. One person scrawled 'I am going to kill you' on the mirror, and left a trail of lipstick smeared toilet paper throughout the room. Once couple remained in the hotel room for far more than their allotted 20 minutes, one with all their clothes on, one without any.

Experiences that rely on social interactions and physical spaces make good stories, and there are all kinds of even simpler folk games you can play and install in public: Imagine racing sticks down a brook, or counting steps, or choosing strangers in a crowd and betting with your friend on who reaches the crosswalk first. Read the rest