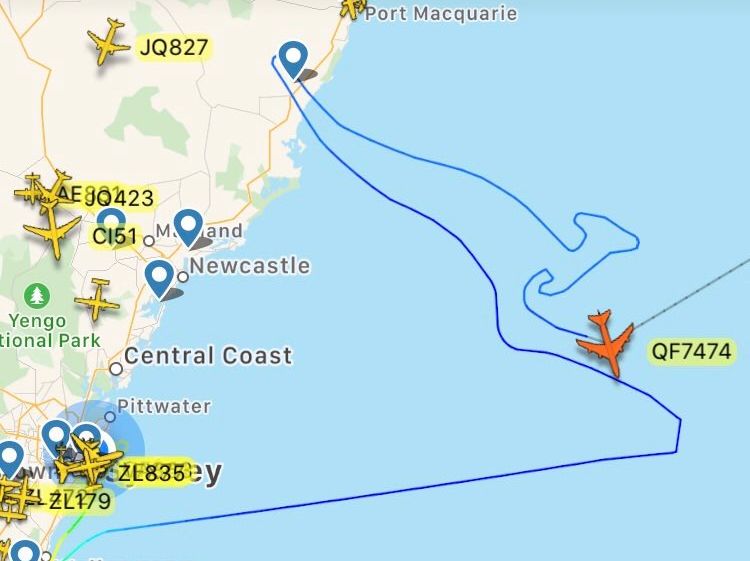 Australian airlines Qantas has retired the passenger jumbo jet, specifically the Boeing 747, from its fleet. The last one to leave the country traced a message in the sky over the Pacific Ocean: the Qantas kangaroo logo.

Flight QF7474 flew out from Sydney Airport on Wednesday afternoon and provided entertainment to hundreds of plane spotters.

The jumbo jet is headed to retirement in the Mojave Desert in the United States, after Qantas brought forward the scheduled retirement of the fleet by six months due to the COVID-19 pandemic.

There were plenty of tears at the 747's farewell ceremony at Sydney Airport, with video tributes and poem recitals for the aircraft that has served Australians for almost 50 years.

image via ABC/Qantas Read the rest

Qantas flies passengers around for 19 hours in the name of science. 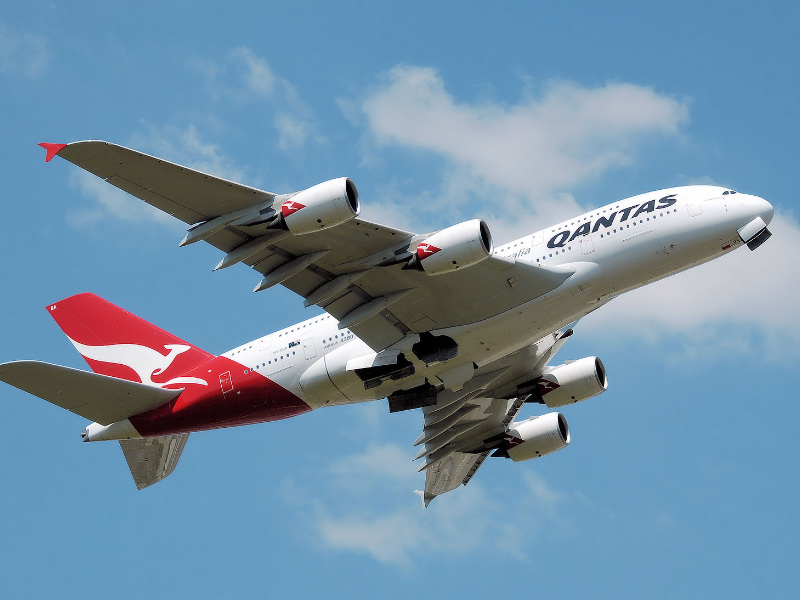 At 19-hours and 16-minutes, the recent Qantas' non-stop flight from New York, 'Murica to Sydney, Australia is the longest haul to be had on a commercial flight. Currently, the this long-ass trek isn't an option for the traveling public to undertake. Rather, the flight seen in this video is one of three that Qantas is has planned, during which it'll be studying the physiological and physiological effects that being on an airplane for so long could have on a passenger.