Porta-potty is the entrance to a hidden rave 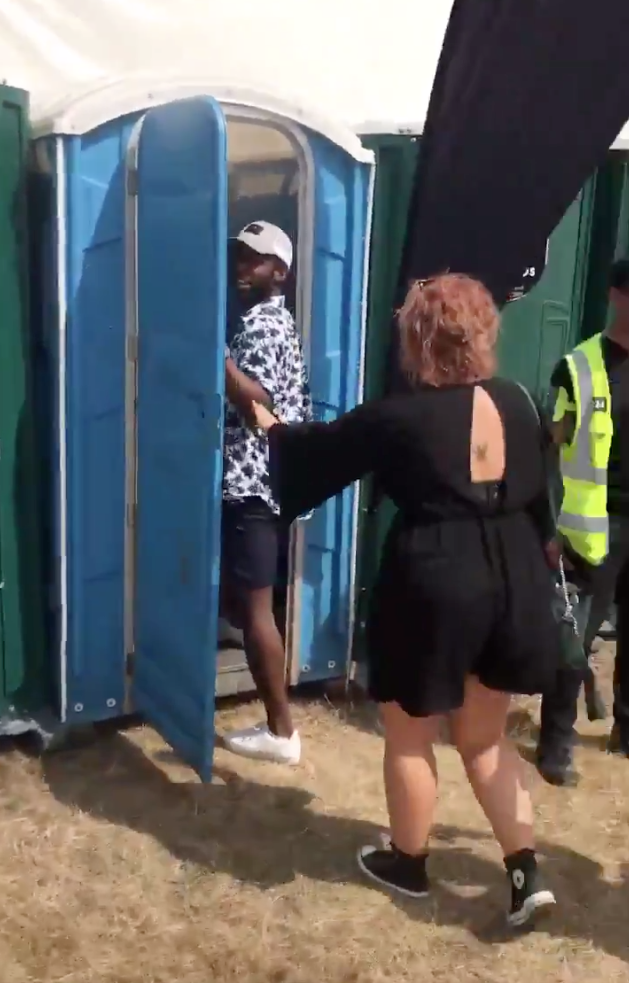 Stepping into a wardrobe was the way to get into Narnia. Stepping into the blue portable toilet (in a row of green ones) was the way get into a hidden rave at UK's Eastern Electrics Festival. Are they implying the DJ's shitty?

And, this isn't the first time this has been done. A music festival in Hungary did this last year: 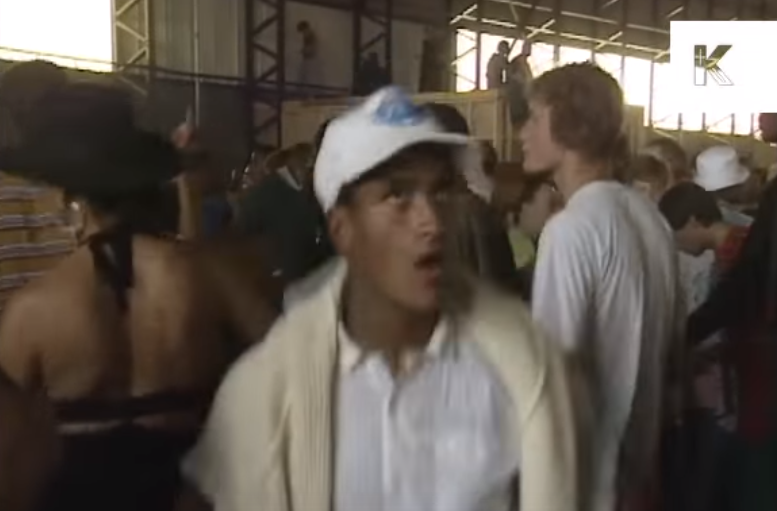 This footage of an "illegal rave" – UK tabloid-speak for a barn party with chemically-stimulated youths in attendance – is so high-quality it seems like a recreation or out-takes from a movie set. I thought maybe that it's shot on film rather than video, but it looks like video?

DarkSide was a Dallas teen dance club whose owners attempted to wrap it in a legal spiritual envelope to stop it from being shut down. In the Dallas Observer, Anna Merlan looked into "The Bizarre Life and Troubling Death of DarkSide, the Dallas Rave Church That Never Was." Here's the best quote:

"The media made it out to be a sex-infested, drug-infested underground rave club that was run by a pedophile and raver kids who didn't give a damn," (DJ John Wayne) says now. His voice rises a little. "That's bullshit. Yes, there were drugs. Yes, Tommy is a pedophile. But there was a deeper purpose, a deeper meaning, a deeper connection. This wasn't just something we did on weekends. This was our life."

Reminds me a bit of the Nine O'Clock Service, a cyberdelic early-1990s rave church in the UK that fell from grace after the minister was investigated and ultimately confessed to abusing young women in the group.

"The Bizarre Life and Troubling Death of DarkSide, the Dallas Rave Church That Never Was" (Thanks, Vann Hall!) Read the rest

A video for "I Fink U Freeky," from Die Antwoord's new release "TEN$ION." Co-directed by the band and Johannesburg, South Africa-based photographer Roger Ballen (the first of what I hope may be many more collaborations between them). Read the rest

Well, I suppose we all have to pay the rent. In the Japanese television commercial embedded above, Jamiroquai's Jay Kay sings an alternate version of the band's '90s funkyraver smash hit "Virtual Insanity" in which the lyrics have been changed to praise the noodly goodness of Cup Noodle instant ramen (known in the USA as "Cup Noodles").

Obama sells iPhone in Japan Seinfeld and celebrity computer endorsements Tom Waits's dog food commercial Why it's time to lighten up about "weird" Japan We Are The World remade by impersonators on Japanese pop show ... Online archive of Japanese TV ads Tommy Lee Jones built Great Wall of China, pyramids, according to ... Read the rest