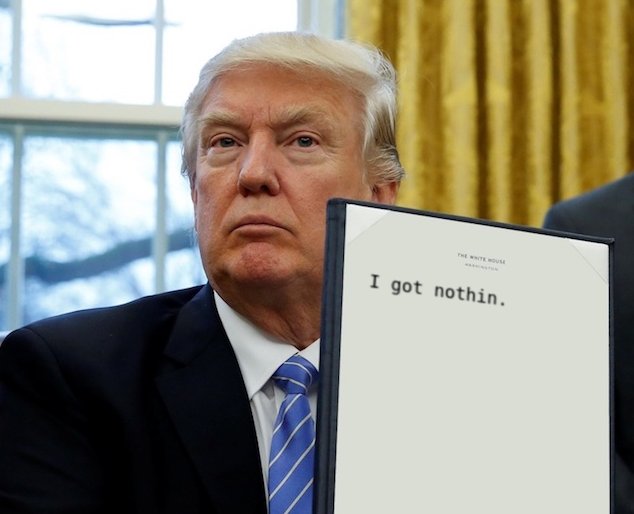 Though Steve Miller claims that Trump is "a president who has done more in three weeks than most presidents have done in an entire administration," the reality is that almost everything in his executive orders is either an inflammatory restatement of an existing policy; an unenforceable and meaningless intervention into domains where the administrative branch holds no sway; or (as in the case of the Muslim Ban), is an unconstitutional omnishambles destined to be swiftly undone by the courts. Read the rest