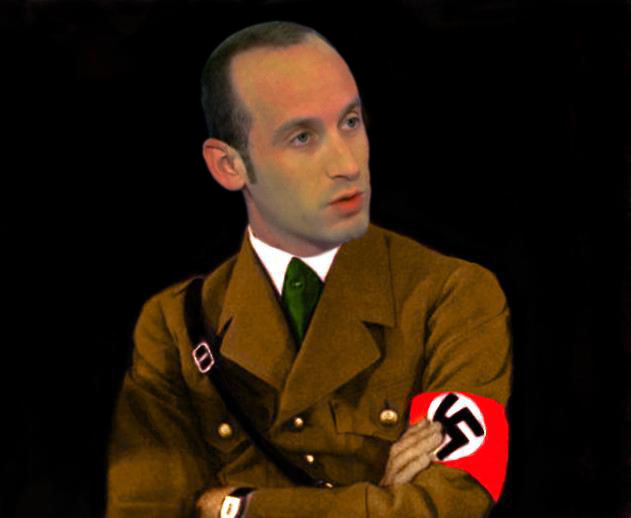 An "outside White House adviser" told Vanity Fair's Gabriel Sherman that Stephen Miller, the architect of the ICE child kidnapping program actively enjoys the photos of terrified, miserable children in cages: "Stephen actually enjoys seeing those pictures at the border. He’s a twisted guy, the way he was raised and picked on. There’s always been a way he’s gone about this. He’s Waffen-SS." (Image: TJ Hawk, CC-BY-SA); via JWZ) Read the rest

A person on the Internet is combatting a nasty slug problem with a nastier slug-maze, which promises a fiery death for slugs who stray from the true course, but rewards the cleverest slugs with all the jam they can eat. Let the selective breeding begin! Soon this person will have sentient, maze-solving MENSAslugs who'll be declaring a meritocratic revolution and dooming the poor humans in the vicinity to a lifetime of minimum wage servitude without the prospect of collective bargaining.

So a friend of mine has a problem with slugs. I think he is doing it right. (imgur.com)