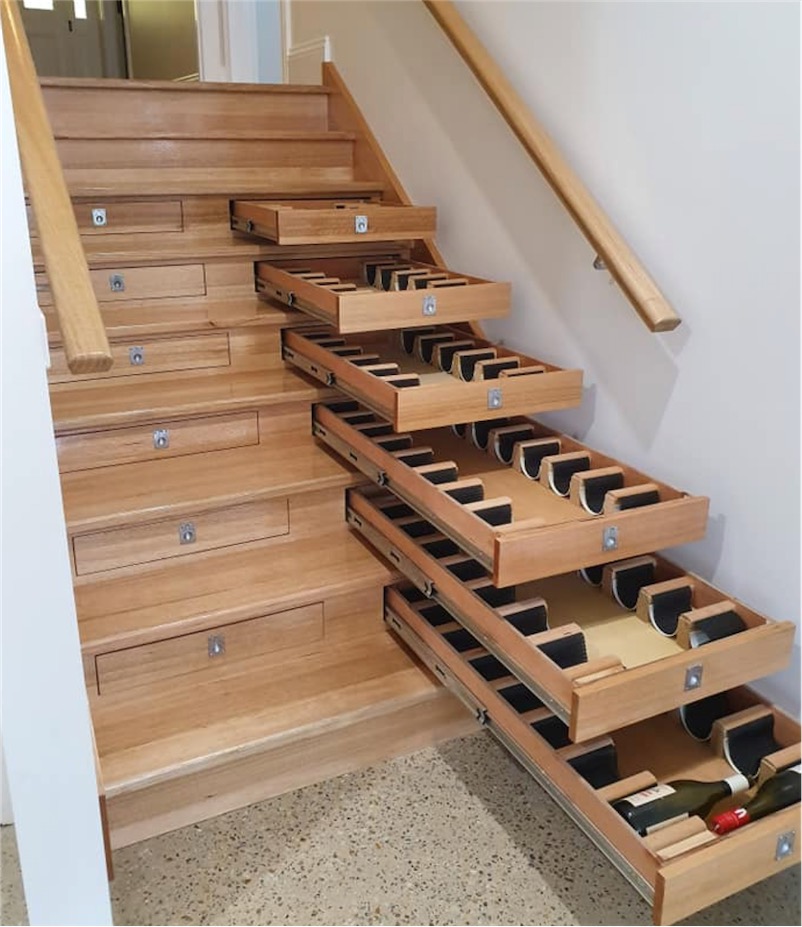 Murray Berrill Constructions in Bendigo, Victoria, Australia created this wonderful "easy access wine cellar" in the dead space under a stairway. With a few modifications to the design, it could be entirely secret storage!

This 2TB USB 3.0 portable Seagate drive is perfect for backups 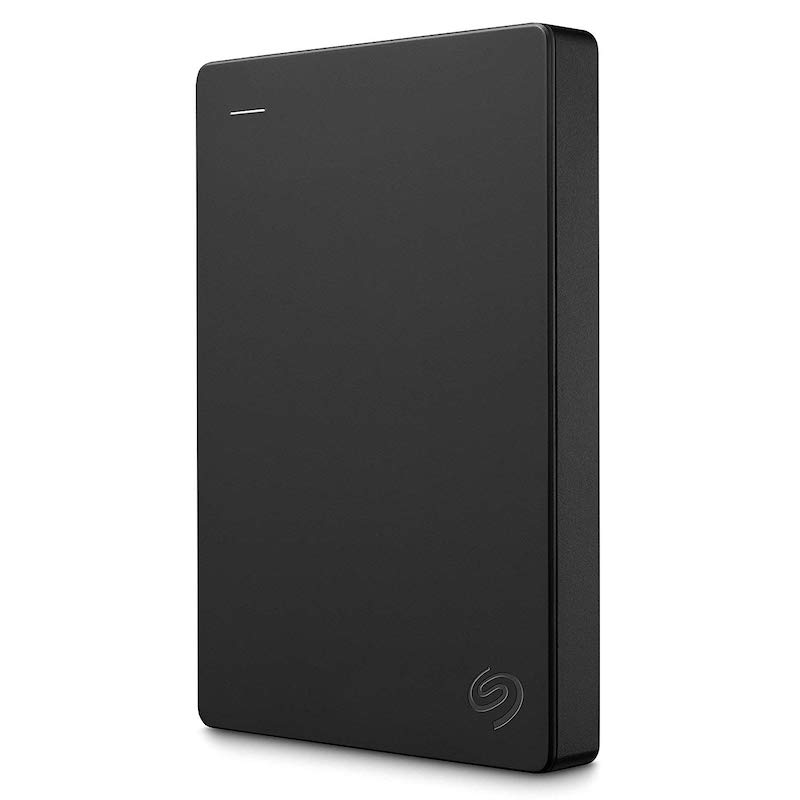 I am backing up to this Seagate 2TB portable disk.

I last backed up my laptop a little over 8 months ago. I thought I would get back to my usual storage device, a Drobo 5N2, however, I have not visited my brother in a few months. I left the Drobo to serve as his Plex media server until I have a living room again.

As I frequently work from the road I was suddenly overcome with a need to backup my laptop. The Seagate is fast and fairly quiet. The drive is small and light enough to be a nearly unnoticeable addition to my bag. 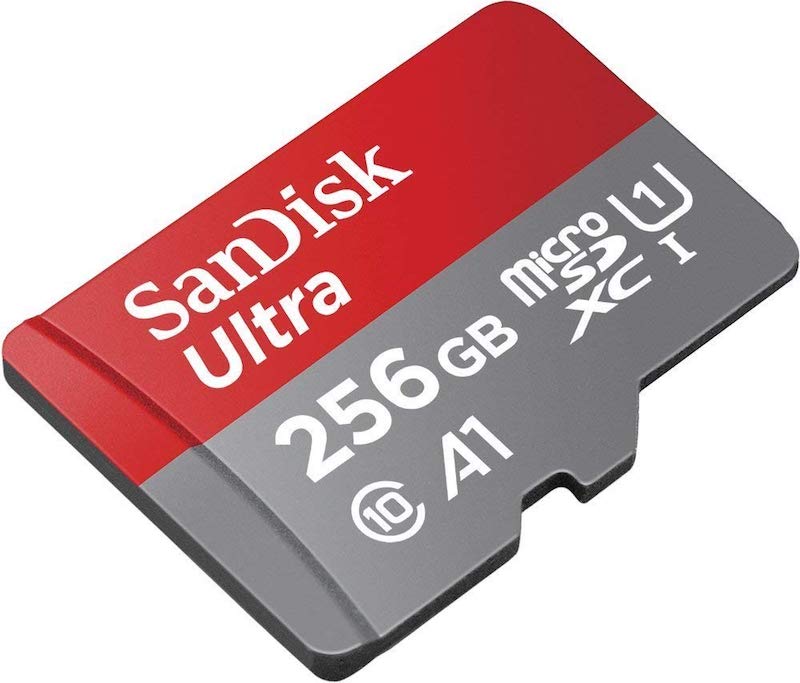 Using DNA to store digital data has been a classic forecast in infotech futurism for more than two decades. The basic concept is that you could synthesize strands of DNA encoded with digital information and then decode it with DNA sequencing techniques. While several amazing experiments have demonstrated that DNA data storage is possible, it's mostly been thought of as too expensive and impractical. But as researchers continue to make technical strides in the technology, and the price of synthesizing and sequencing DNA has dropped exponentially, systems for backing up to the double helix may actually be closer than you think. From IEEE Spectrum:

Even as our data storage needs surge, traditional mass-storage technologies are starting to approach their limits. With hard-disk drives, we’re encountering a limit of 1 terabyte—1,000 GB—per square inch. Past that point, temperature fluctuations can induce the magnetically charged material of the disk to flip, corrupting the data it holds. We could try to use a more heat-resistant material, but we would have to drastically alter the technology we use to read and write on hard-disk drives, which would require huge new investments. The storage industry needs to look elsewhere....

It still may not match other data storage options for cost, but DNA has advantages that other options can’t match. Not only is it easily replicated, it also has an ultrahigh storage density—as much as 100 trillion (1012) GB per gram. While the data representing a human genome, base pair by base pair, can be stored digitally on a CD with room to spare, a cell nucleus stores that same amount of data in a space about 1/24,000 as large. 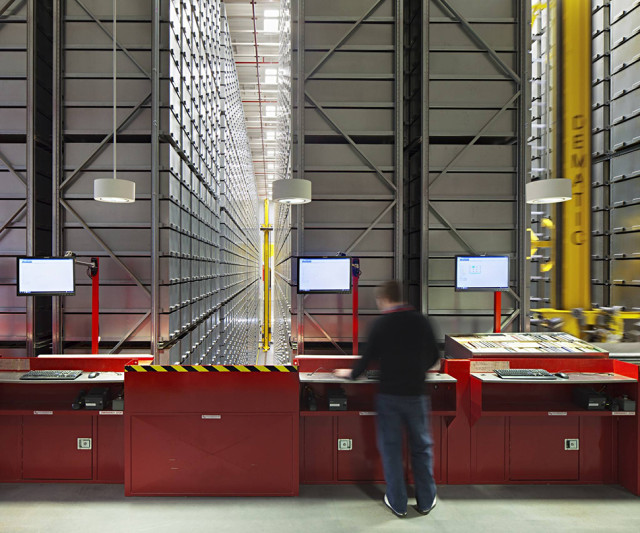 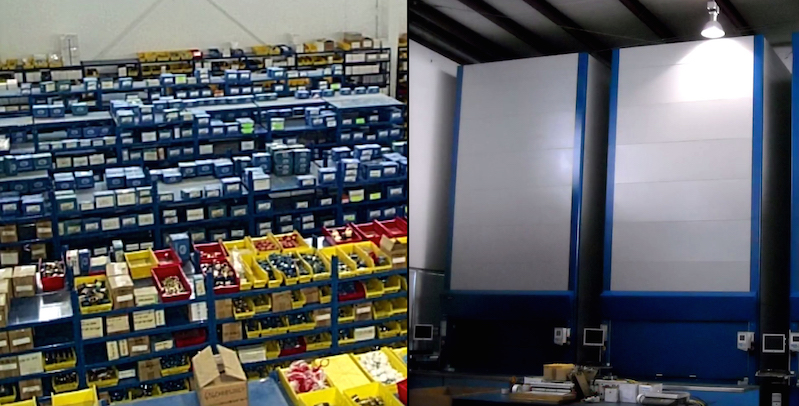 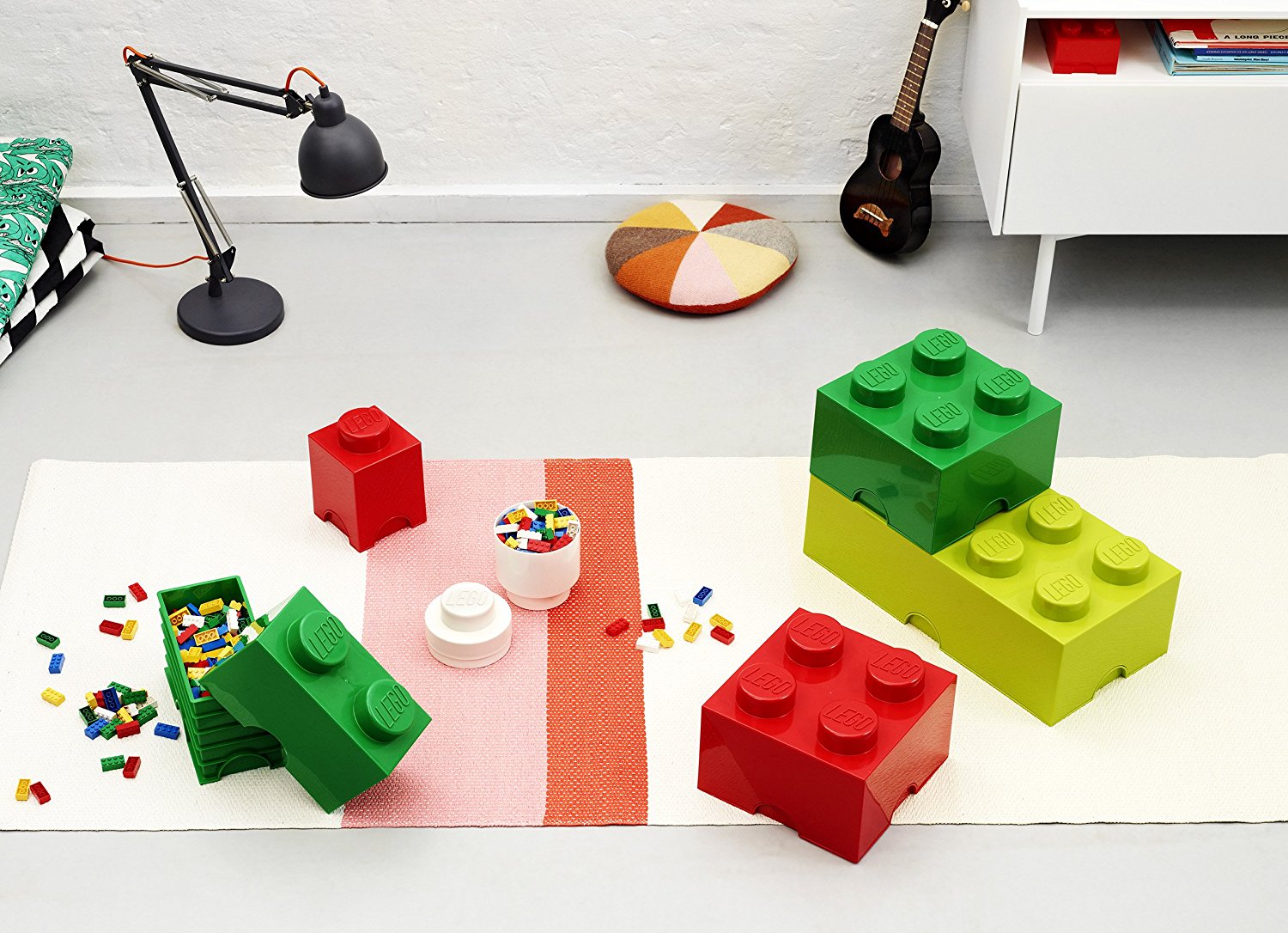 Lego makes storage containers that click together like standard bricks (Amazon), coming in a range of sizes and all the classic lego colors, from single-nodule pencil cups to four- and eight-nodule boxes.

They suggest using it to store normal lego bricks, which makes me want a range of miscroscopic legos that may be stored inside the normal ones, with these tiny ones concealing a further inner layer of quantum-scale legos. 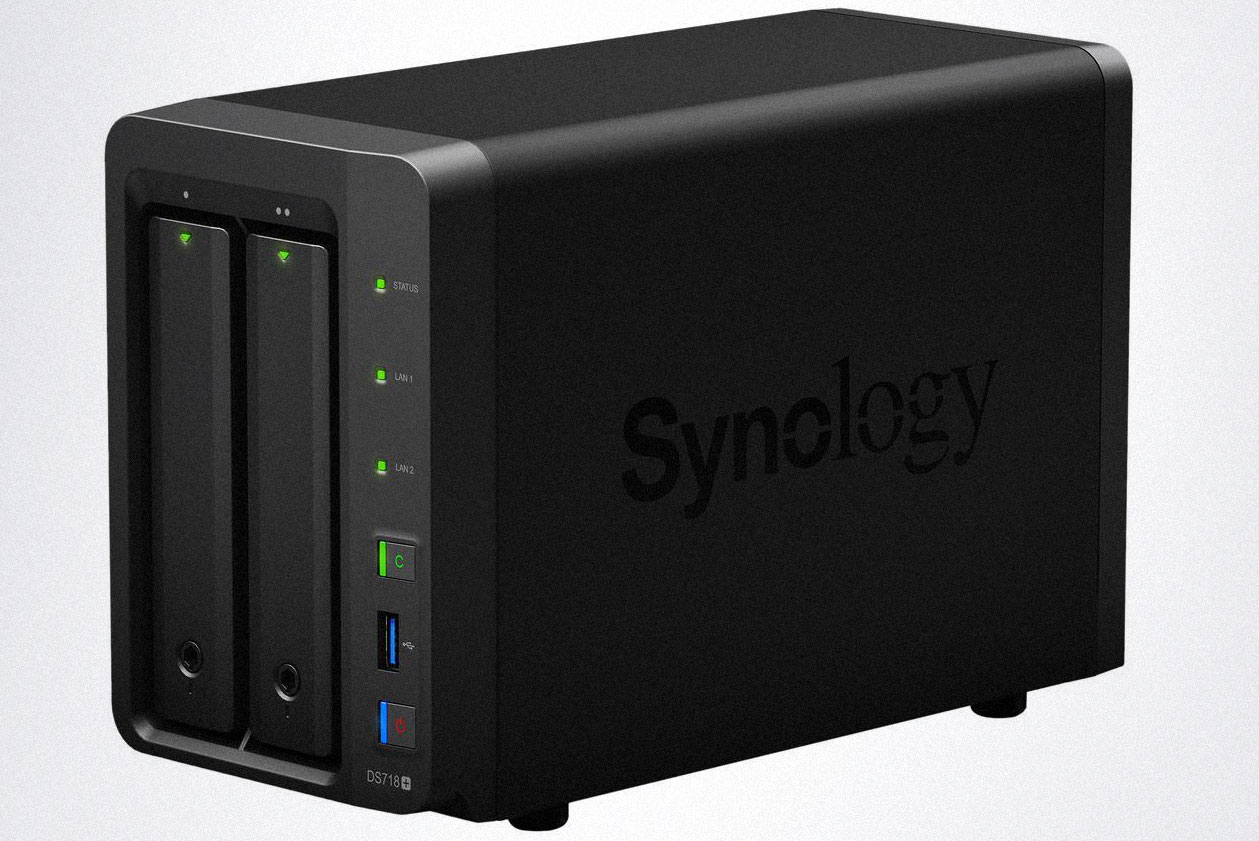 And I'll admit that I enjoyed experimenting with Synology's add-ons. Read the rest

1TB SD card puts one sixth of Wikipedia in your camera 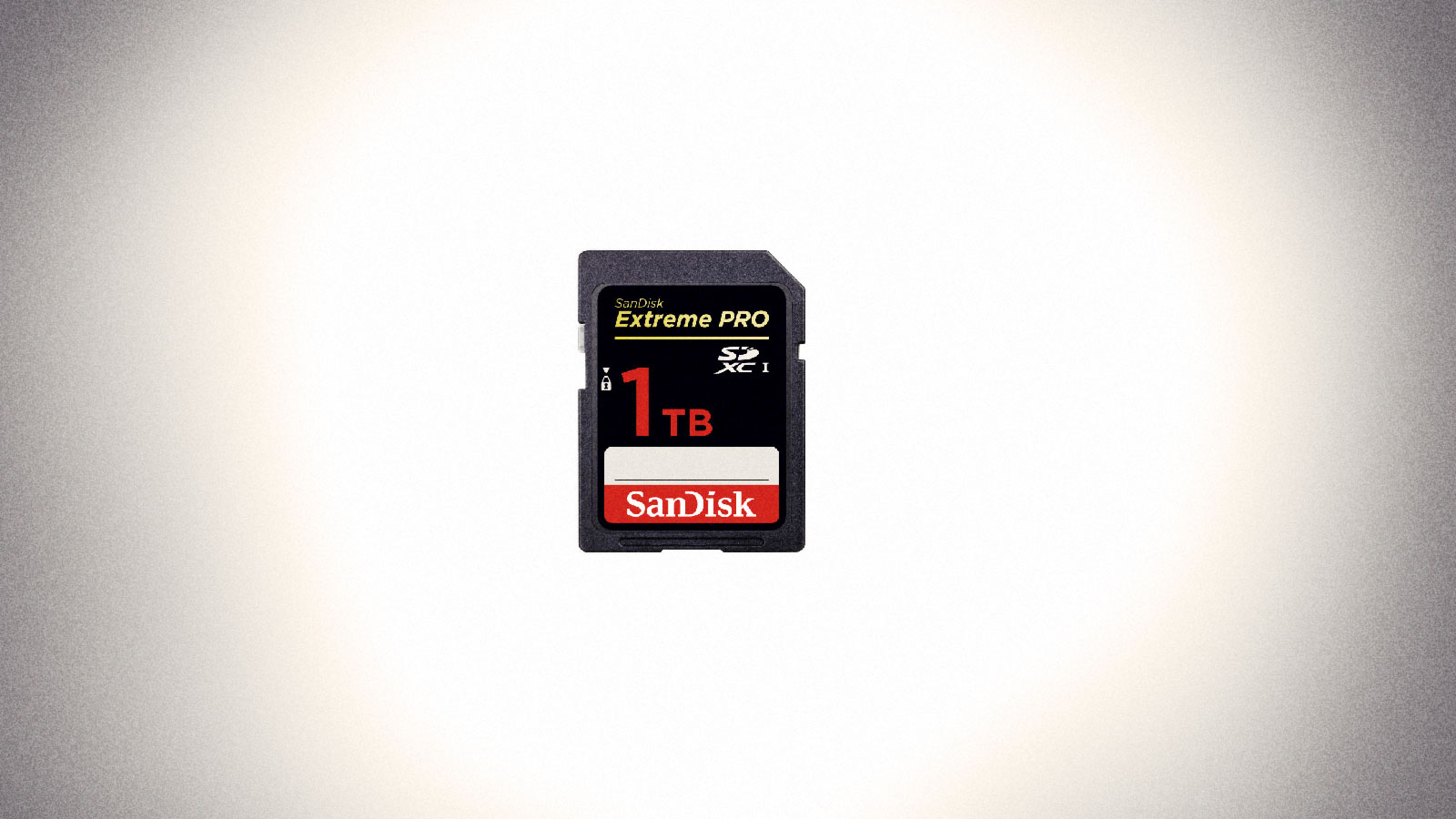 The first terabyte SD card will soon be sold by Sandisk. They were apparently first to 512GB too (don't, PNY's is cheaper), but no-one cared because that's not as arbitrarily interesting a number. No release date, no price. It'll be about $700.

Hitachi sold the world's first one terabyte hard disk drive in 2007, according to Wikipedia, one sixth of which would fit in a terabyte, assuming you're just counting the plain text of articles.

I wish there was an SD card format in the exact shape of tiny 3½-inch floppy disks, complete with a sliding metal hatch over the connectors and a free bootsector virus Read the rest

Here's the obligatory image of a 5MB hard drive being loaded on a plane in 1956:

Researchers have successfully stored information in synthetic DNA and then sequenced the DNA to read the data. Nick Goldman and his colleagues from the European Bioinformatics Institute (EBI) encoded all of Shakespeare's sonnets, an audio clip of Martin Luther King's "I have a dream" speech, Watson and Crick's paper on DNA's structure, a photo of the EBI, and an explanation of their data conversion technique. Last year, Harvard molecular geneticist George Church encoded a book he had written in DNA, but EBI's breakthroughs are in the way the data is encoded and its error-correction. From the abstract of their scientific paper published at Nature:

We encoded computer files totalling 739 kilobytes of hard-disk storage and with an estimated Shannon information10 of 5.2 × 106 bits into a DNA code, synthesized this DNA, sequenced it and reconstructed the original files with 100% accuracy. Theoretical analysis indicates that our DNA-based storage scheme could be scaled far beyond current global information volumes and offers a realistic technology for large-scale, long-term and infrequently accessed digital archiving. In fact, current trends in technological advances are reducing DNA synthesis costs at a pace that should make our scheme cost-effective for sub-50-year archiving within a decade.

Fossils in storage: How do you sort through the backlog?

Yesterday, I posted about Pegomastax africanus, a parrot-like dinosaur whose fossil was discovered not in a remote waste in some far corner of the world, but in a rock that had sat in storage at Harvard University for 50 years.

In the post, I tried to explain why something like that could happen. The simple fact of the matter: A successful archaeological or paleontological dig will produce far more material than the original scientists have time (or money) to sort through, process, and examine. So lots of stuff ends up sitting in storage.

That led BoingBoing reader Matt Fedorko to some interesting speculation:

"...This seems like a perfect opportunity to exploit 3D scanning technology to put the shapes of fossils, at least, into some kind of digital storage area where other researchers could look at a dig's haul and start to work with them spatially, or beside any of the other data that is collected in the field or logged during the cataloging procedure."

Now, Charles Q. Choi, a journalist who wrote about the discovery of Pegomastax africanus, says that Matt's idea isn't all that far-fetched. In fact, scientists already do something like this with the fossils that do get closely examined. Read the rest