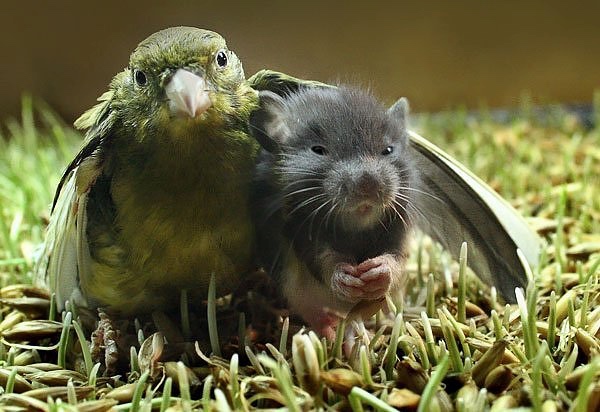 Japan: League of elder heroes volunteer to clean up Fukushima, instead of young folks

A group of more than 200 elderly people in Japan have volunteered to help clean up the nuclear crisis at the Fukushima power station, where meltdowns and messes have caused radiation leaks. BBC News:

The Skilled Veterans Corps, as they call themselves, is made up of retired engineers and other professionals, all over the age of 60. They say they should be facing the dangers of radiation, not the young.

It was while watching the television news that Yasuteru Yamada decided it was time for his generation to stand up.

No longer could he be just an observer of the struggle to stabilise the Fukushima nuclear plant.

The retired engineer is reporting back for duty at the age of 72, and he is organising a team of pensioners to go with him.

For weeks now Mr Yamada has been getting back in touch with old friends, sending out e-mails and even messages on Twitter.

Cellular automata (self-modifying software "robots") in an evolutionary computing simulation spontaneously began to exhibit altruism, sacrificing themselves for the good of their relations. The researchers were trying to confirm W. D. Hamilton's theory that altruism allows individuals to indirectly pass on their genes.

Once the team was comfortable with the virtual evolution environment it had set up, it added a new twist: It allowed the robots to share food disks with each other. If Hamilton's hypothesis was correct, "successful" virtual robots were likely to be those that were closely related and shared food with each other; that would help to ensure that at least one of them -- and some of the genes of both--would make it to the next round. (Two robots with a modest amount of food disks would both be more likely to be cut from the simulation, but if one robot gave all of its food to a second robot, that second robot would likely make the next round.) And indeed, altruism quickly evolved in the simulation, with greater food-sharing in groups where robots were more related, the researchers report online today in PLoS Biology. The more closely related the robots, the quicker they cooperated. "It shows how general the [theory] is, whether you are an insect, a human or a robot," says Floreano.

For reasons I don't entirely understand, the researchers also used real robots and modified them periodically to match the mutations that emerged in the software simulation (don't get me wrong, building robots is its own justification, of course, but I don't understand the sciencey reasoning)

Even Robots Can Be Heroes