Ponyhenge is a place where toy rocking horses go to die 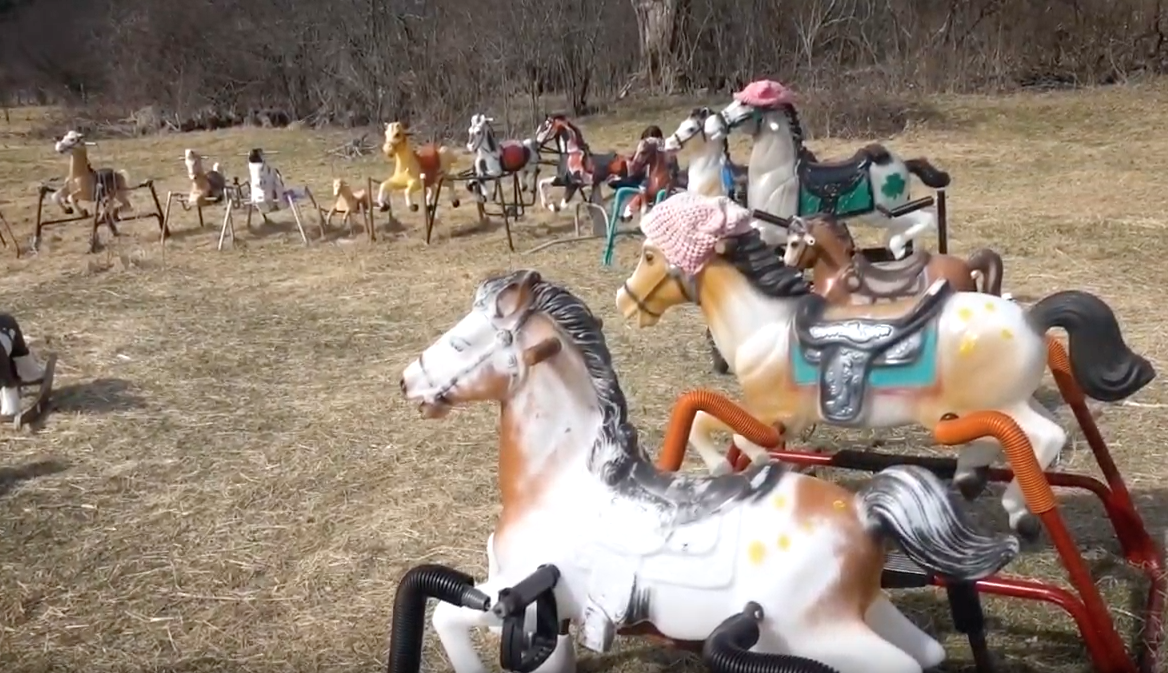 Or live on, depending on who you talk to.

Ponyhenge started when a toy rocking horse was discarded in a field. It had been part of a headless horseman decoration from a nearby, shuttered haunted house. Soon, other toy horses joined it, lined up in a circle.

The herd mysteriously multiplies, moves around, and gets decorated seasonally. Roadtrippers reports:

The herd has not only grown in the last nine years, but the horses have been known to change positions unexpectedly. Like a less-labor-intensive crop circle, no one is quite sure who moves the residents of Ponyhenge, but every so often they are rearranged into a new formation...

For the Kentucky Derby, that the horses were moved into lines, waiting for a starting gunshot that presumably never came. After Labor Day… the horses were arranged in rows as if they were in school. They’re draped in lights at Christmas, and sometimes they’re buried completely by snow during the harsh New England winters.

The Rocking Horse Graveyard, as it's also called, has been a roadside attraction since 2010.

Want to see it for yourself? Head to 47 Old Sudbury Road in Lincoln, Massachusetts and look by the side of the road. It's on private property, so be respectful.

Surreal on many levels, enjoy this commercial for spray-on maple syrup

From the culture that brought you Cheese-in-a-Can, it is The Maple Stream.

Not a Canadian superhero nor a trough urinal at Toronto's Oktoberfest celebration -- this is pressurized maple syrup lazily being hosed into the mouth of some sort of sportsball fan. Read the rest 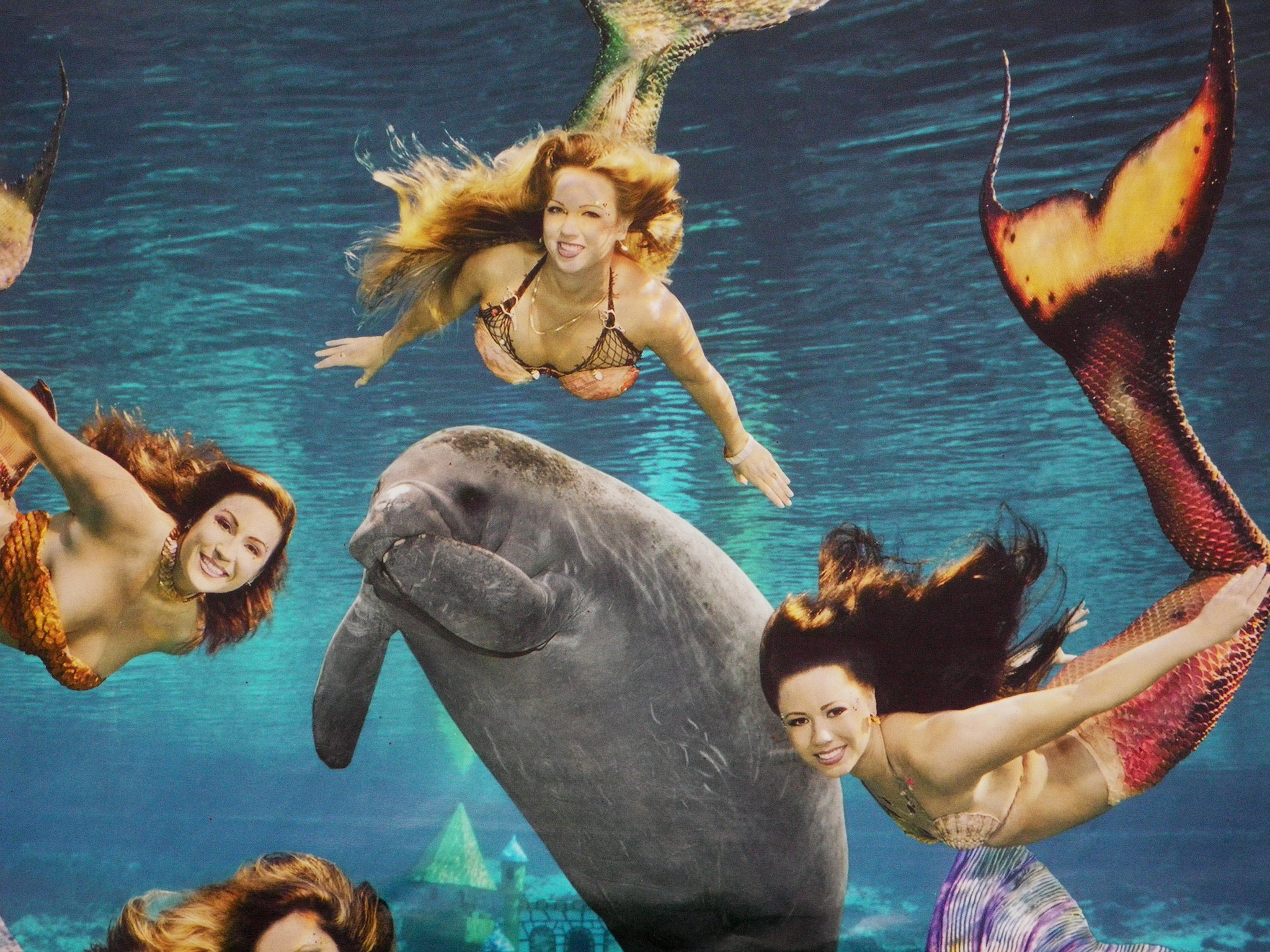 Then, after the new mermaids are chosen, they must go under a year's worth of training. Read the rest 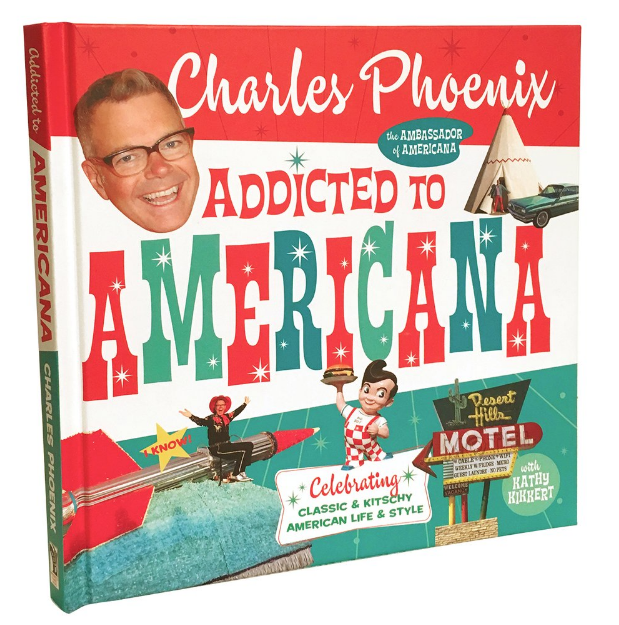 Charles is also on a book signing and comedy slide show tour (mostly in California). If you've never seen him perform, please do yourself a favor and get thee to one of his shows. They are a hoot. Read the rest 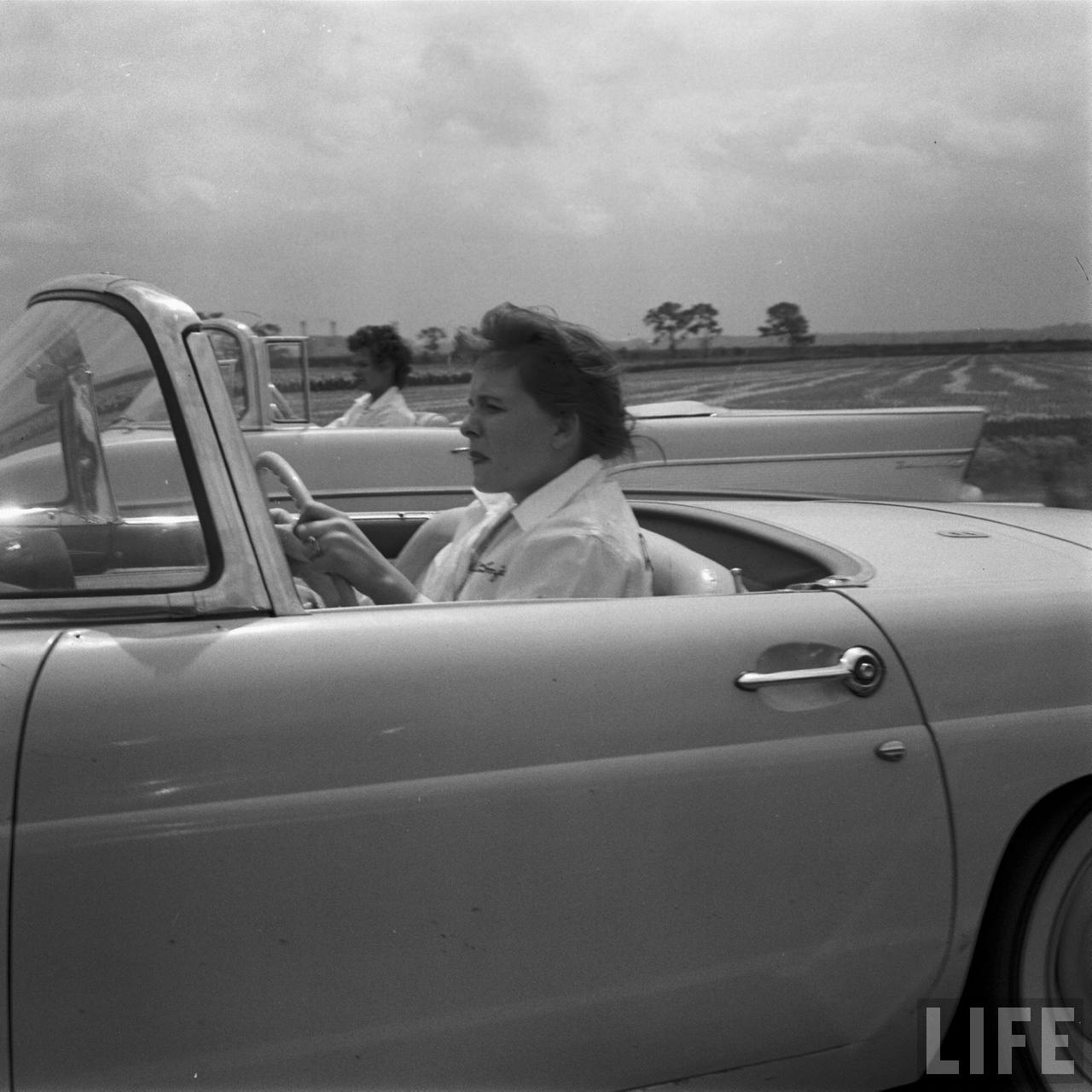 The Dragettes were a Kansas City drag racing team that operated out of the legendary Kansas City Timing Association drag strip. They preferred souped-up convertibles over hot rods. LIFE magazine's Francis Miller showcased them in a lovely series in 1955. Read the rest 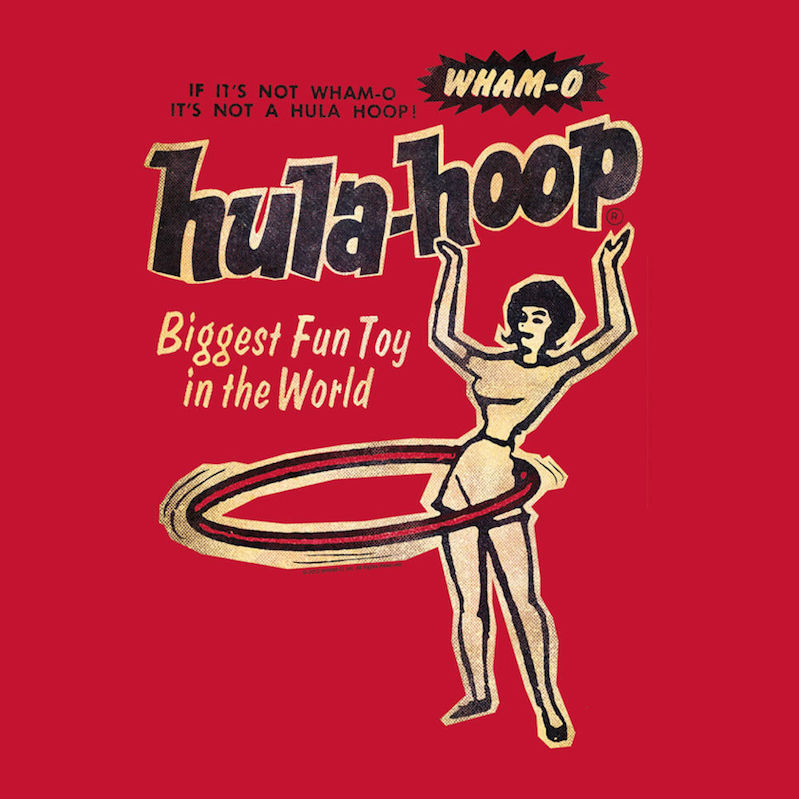 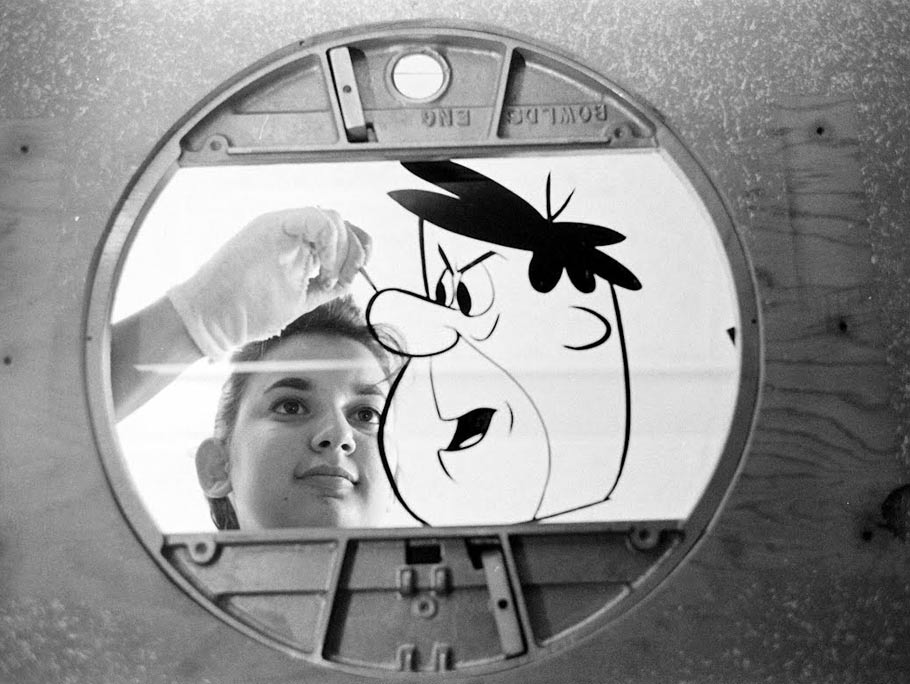 From the Smithsonian's snapshot series, a special image for Valentine's Day:

Caged crinoline, also known as a hoop skirt, was the most distinctive silhouette of the late 19th century. This photo shows a hoop skirt, named because of its series of concentric hoops of whalebone or cane. It replaced the popular petticoat of the late 1500s to mid 1800s. Multiple petticoats were sometimes worn to create the full, dome-shape, small-waist silhouette popular in women’s fashion through the mid 1800s. During the late 1800s, hoop skirts like this one lightened the weight of multiple petticoats by creating the same fashionable silhouette but with fewer layers. It only required one or two petticoats worn over the hoop skirt. Unlike shaping undergarments before the 19th century, hoop skirts were worn by women of every social class. In 1846, David Hough Jr. introduced the first hoop skirt in the U.S. The hoop-skirt form, like the bustle and corset, gives insight into the complexities of dress in the 19th century. This item is one of 137 million artifacts, works of art and specimens in the Smithsonian’s collection. It is not on display.

American folklorist, ethnomusicologist, and traditional music collector Alan Lomax envisioned a “global jukebox” with which to share and analyze recordings he gathered over decades of fieldwork. This week, that dream comes to life. From an article in today's New York Times:

A decade after his death technology has finally caught up to Lomax’s imagination. Just as he dreamed, his vast archive — some 5,000 hours of sound recordings, 400,000 feet of film, 3,000 videotapes, 5,000 photographs and piles of manuscripts, much of it tucked away in forgotten or inaccessible corners — is being digitized so that the collection can be accessed online. About 17,000 music tracks will be available for free streaming by the end of February, and later some of that music may be for sale as CDs or digital downloads.

On Tuesday, to commemorate what would have been Lomax’s 97th birthday, the Global Jukebox label is releasing “The Alan Lomax Collection From the American Folklife Center,” a digital download sampler of 16 field recordings from different locales and stages of Lomax’s career.

“As an archivist you kind of think like Johnny Appleseed,” said Don Fleming, a musician and record producer who is executive director of the Association for Cultural Equity and involved in the project. “You ask yourself, ‘How do I get digital copies of this everywhere?’ ”

The archive will be made available at the Global Jukebox portion of The Association For Cultural Equity website. Anna Lomax Wood, daughter of Alan Lomax, is the organization's president. Read the rest