Which kid's slide is more disturbing? 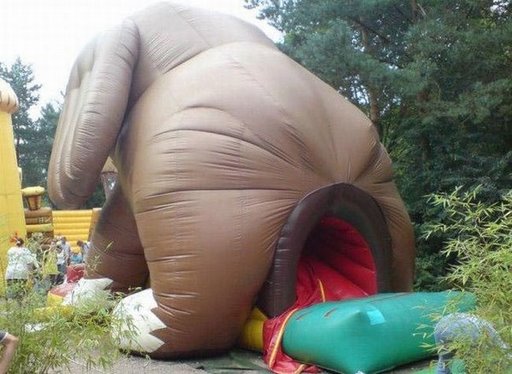 In order to out-gross the Dude Wipes post earlier this week, which inflatable kid's slide is worse? Goatse Dog, or Pervi Luigi?

It's still hard to top this classic video for weird hilarity: 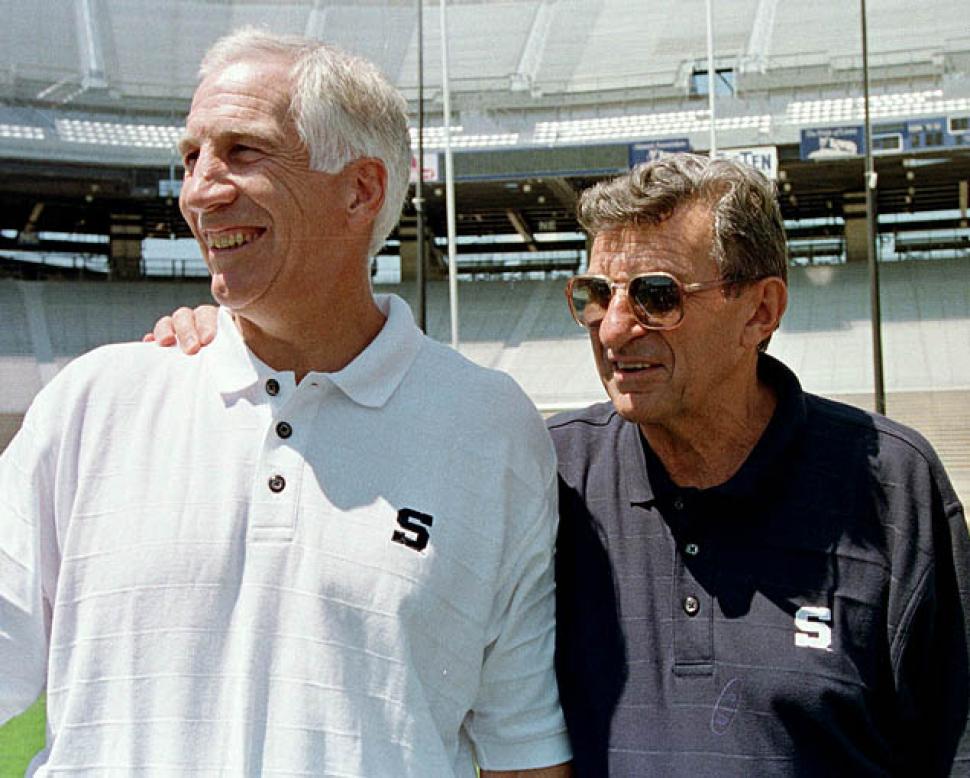 For fans of beer honoring a sex-abuse enabler, this one's for you.

The secret is in making a dough out of melted marshmallows, butter and smashed cocoa pebbles, which you can roll out into a crispy taco shell. Read the rest

The coolest gross-out toy under our tree this year is the $5 infectious disease ball, a squeeze-ball wrapped in mesh that erupts into disquieting, vividly colored buboes when you squeeze it. Read the rest

It's pretty predictable that a list of the world's "100 strangest" foods would be mostly entrails and arthropods, but the digger wasp-crackers of Omachi, Japan are curiously appetizing (YMMV). Read the rest

Surgical sim dinner: food made to look like entrails of writhing "patient"

It's another one from the twisted and brilliant imagination of London's Miss Cakehead: diners were given surgical gowns and gloves, and feasted on trompe l'oeil dishes the they dug out of a rib-cage that appeared to be connected to a screaming victim. Read the rest

The pizza cake started off as a thought-experiment, entered into a competition -- but now it is a reality that you can prepare at home (but probably shouldn't). Here's the original, which was apparently ripped off by Pillsbury.

Giant grubs, bug and worms made of gummi

Evil Miss Cakehead's latest edible installation is a "horror-farm" featuring all manner of grotesqueries from baskets of entrails to slaughtered pigs, entirely made from cake! Read the rest

The Horse Collar is a $20 monster kielbasa sold at the Green Bay Packers' Lambeau Field, intended for consumption by two persons ("If you can tackle this one alone, you're a champ" -Lambeau Field executive chef Heath Barbato). Read the rest

Anatomical cake shows the guts inside the tiers

Annabel de Vetten at Conjurer's Kitchen baked a cake that shows off the beating heart and living guts lurking under the prettily decorated surfaces of those multi-tier cakes we display for special occasions. Read the rest

The Zombie Nation, a fabulous webcomic, has its own Etsy store, full of great zombie crafts (the zombie family decals are a steal at $1 each). But my favorite is this zombie eyeball flask -- I bought one from the Zombie Nationals in person yesterday in the Westercon dealers' room. Read the rest

Firebox's £35 monkey brains bowl doesn't go in the microwave or dishwasher, but it is, technically, food-safe. I'm thinking expensive, Maharajah of Pankot-themed pen pot (though you'll have to figure out what to do with the lid).

(via Cnet) Read the rest