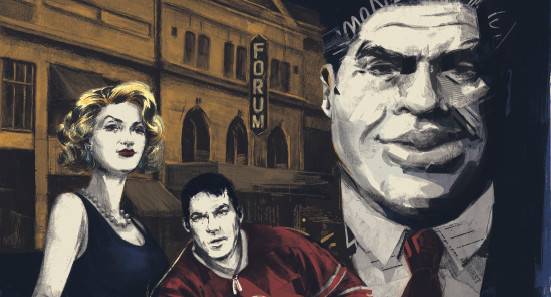 A hockey rink is the perfect surface for contemporary projection mapping imagery, which was not lost on Raduga Design. Their design for the Chicago Blackhawks' game-opening sequence gives an impressive 3D effect from the booth. Read the rest 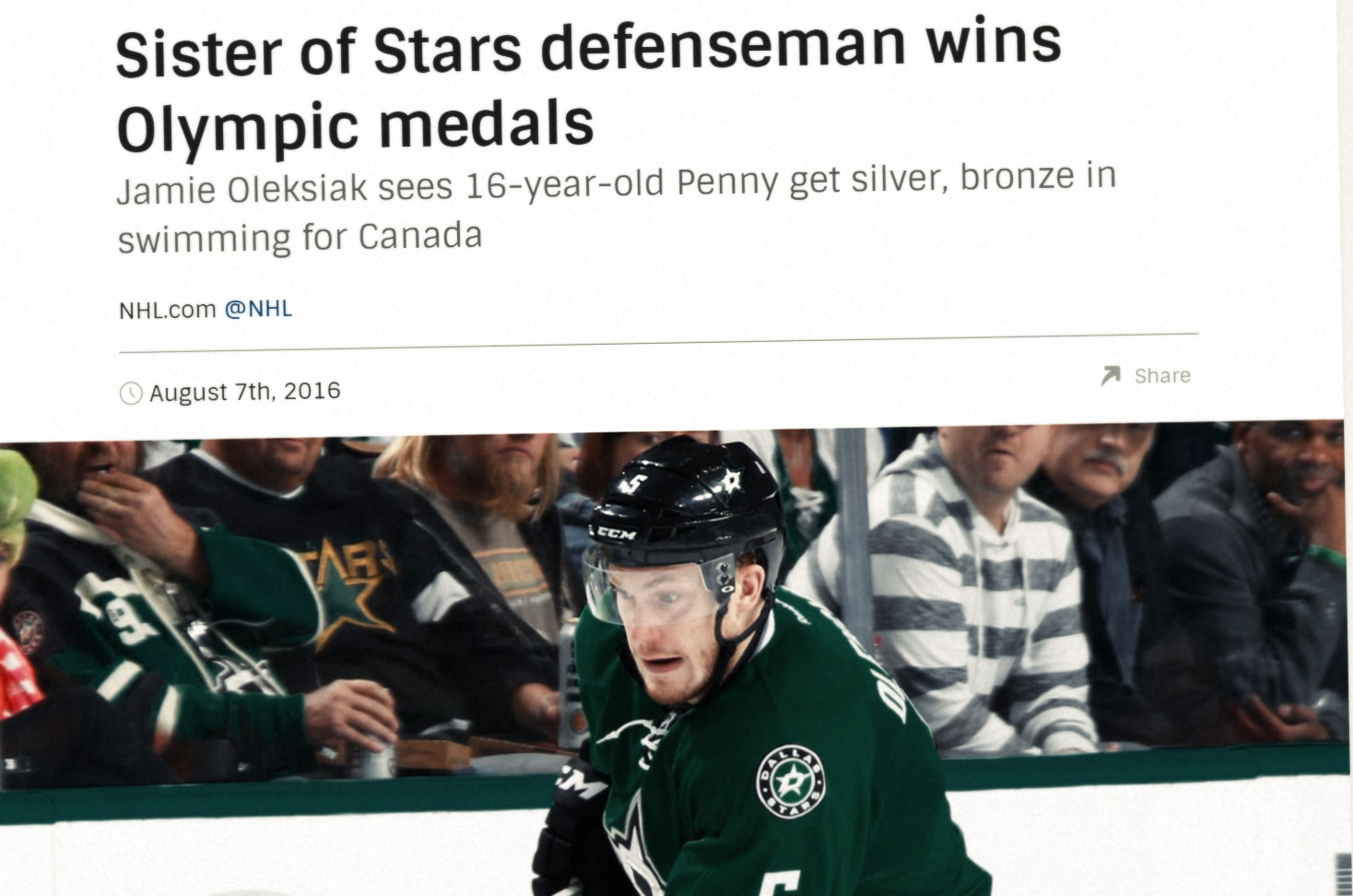 Penny won silver in the women's 100-meter butterfly on Sunday after helping Canada win a bronze medal in the 4x100 meter relay Saturday as the anchor leg. The Toronto, Ontario, native set a Canada and world junior record with a time of 56.46 seconds in the butterfly.

Jamie, 23, was selected by the Stars with the No. 14 pick in the 2011 NHL Draft. He had trouble finding the words to describe the feeling of watching his sister win medals at the Olympics.

"I don't even know what to say right now, that was one of the most intense and amazing things I've seen," he wrote on Twitter on Sunday.

Mr. Oleksiak has not won an Olympic medal, but he does play hockey now and again. [h/t Heather] Read the rest