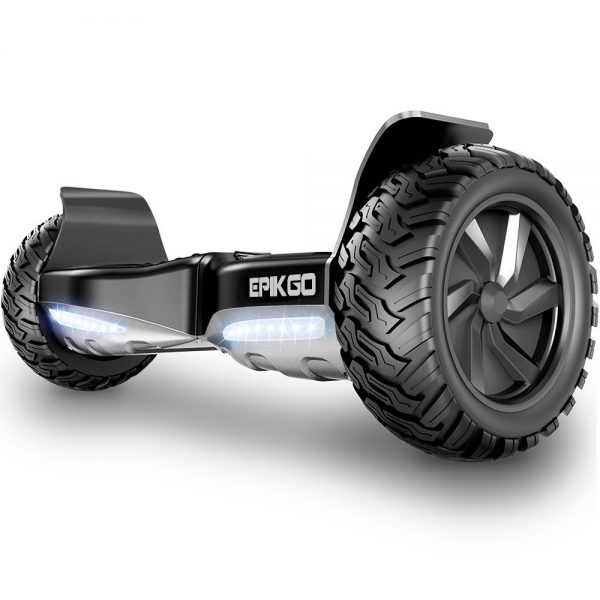 We just got the Sport model of the EPIKGO hoverboard at my office. Besides being terribly chic, it’s apparently bulletproof. Read the rest

The office I work in is full of things old people buy to make themselves feel young again.  I can honestly say that our awesome new toy, The Swagtron T3 Hoverboard, makes me feel very, very old. I’ll explain why later.

There's no way to overcharge the battery and that means no more pesky fires and unplanned explosions! This model actually has a battery life indicator! There’s a new SwagTron app that syncs with your hover-board. You can set the top speed and sensitivity of both acceleration and steering. There’s an odometer that keeps track of lifetime miles traveled. You can toggle the Hoverboard on and off with the app – so no more bending over. Ever! The app has a speedometer! Amazing right?

The app has a speedometer! Crazy right?!  You have to look at the app while riding to enjoy the speedometer and if you do, you’re no longer watching the terrain which goes against every rule of motorized vehicles. It's pretty pricey at $449.99.

But I have to say that the Swagtron T3 is much better than their previous models. The wheels are beefier, the ride is stable, and the motor is peppier.

Why does the Swagtron T3 make me feel old?

Tonight, I decided to live on the wild side and switched from “Standard” to “Advanced” mode on the app. When I did, I got this friendly warning:

There was a time when I’d completely ignore a message like that or treat it as a challenge. Read the rest

This high-flying, jet-powered hoverboard is real 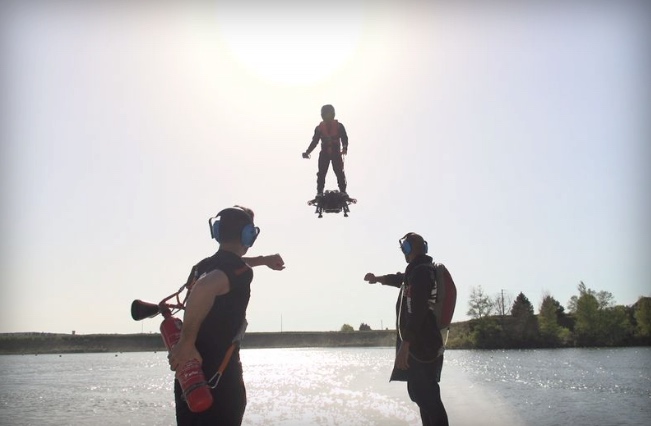 On Saturday, Franky Zapata took his prototype Flyboard Air hoverboard for a rather impressive flight, three miles on the French coast. It's based on Zapata's previous water-powered hoverboard.

So there’s three parts to this, right? The board, a fuel tank, and a remote?

We've been working on it for four years. We tried to figure it out that by using the original Flyboard and just pushing air inside the hose. After that, we took two years to create the great turboreactors, and to create the algorithms to stabilize the Flyboard....