Did you know that he once "smoked a jay" with Tim Robbins, Giancarlo Esposito, and Robert Altman on a mountaintop at a Cannes film festival after-party? Or that he was cast by Lee Majors himself to appear in The Fall Guy?

In this uncensored video, Jack Black shares honest and often hilarious moments from his career in show business by looking at his own IMDB page.

It's all great, but be sure to watch it at least to the part where he talks about Johnny Skidmarks. I was in stitches.

Ghostbusters vs masculinity's downranking campaign against "women's" movies and TV

Last spring, Five Thirty-Eight's Walt Hickey published analysis of the IMDB ratings of women-oriented entertainment (like Sex in the City), showing that the ratings for these shows were artificially depressed because men went out of their way to give them extremely low scores. Read the rest 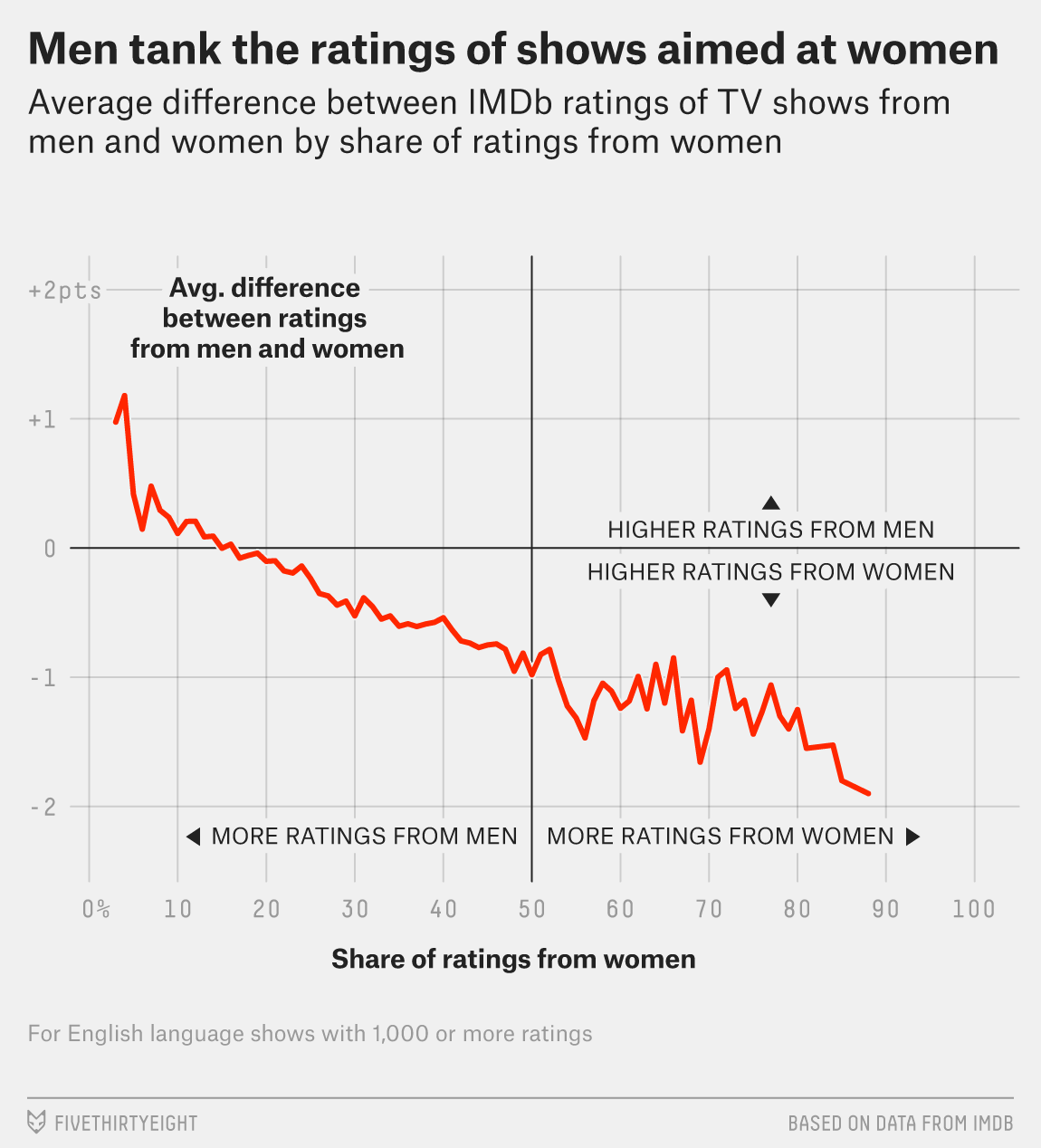 Sex in the City's IMDB ranking is 7.0, slightly below average -- but among women, it scores a hefty 8.1. Why is its overall score so low? Because men have given it an average rating of 5.8. Read the rest

An actress who sued the Internet Movie Database for publishing her age has lost her case. [BBC] Read the rest

Jonathan Keogh's "IMDB Top 250 in 2 1/2 Minutes" is a masterful mix, and a lovely tribute to popular film.