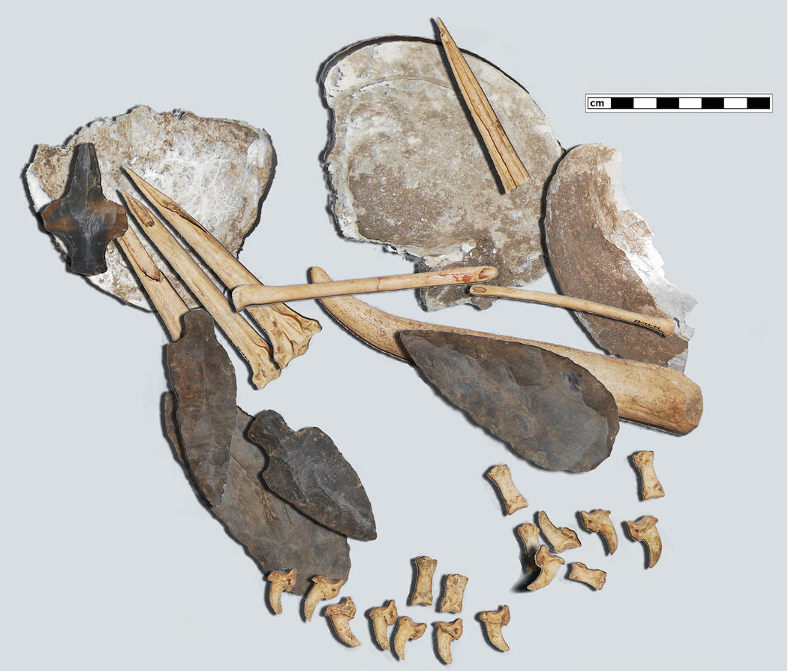 Archaeologists have long known that tattooing goes back for millennia. But recently they made a cool find: what appears to be a Native American tattoo kit that's at least 3,600 years old.

The kit, which includes a bunch of pointy wild-turkey bones, was unearthed decades ago, but recently came under closer scrutiny. As Mental Floss reports ...

Deter-Wolf teamed up with Tanya Peres, a zooarchaeologist at Florida State University, to take a fresh look at the set of artifacts. They were initially interested in the toolkit because it resembled a medicine bundle—a collection of artifacts that was bound together to act like a portable shrine in more recent Native American cultures. But after examining the objects, the researchers thought they might be dealing with a tattoo kit.

"By the arrival of the Europeans, virtually every Native American group in the Great Plains and the Eastern Woodlands practiced tattooing," Deter-Wolf tells Mental Floss. "If it's something that widespread and that important, we suspect that it is very deeply rooted in Native American history."

Their theory got a boost from another study published last year, in which Christian Gates St-Pierre, an archaeologist at the University of Montreal, tattooed pig skin with bone tools to test the wear-and-tear patterns that prehistoric tattoo needles should exhibit. He found that when it was used for tattooing, a bone needle would develop a bright polish—but only on the first 3 millimeters of the tip.

Apparently Deter-Wolf is completely metal, because he tested their theory by giving himself a tattoo using period-appropriate tools: