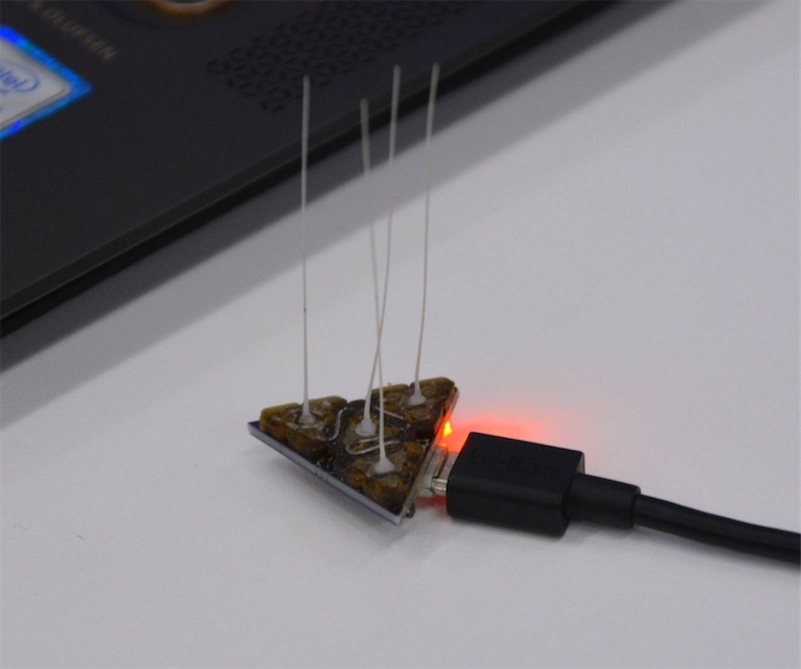 Micro-windmills could someday power your phone

Above is a micro-windmill that University of Texas Arlington researchers suggest could someday be used to charge mobile electronics if they were embedded en masse on the device's case. The MEMS (micro-electromechanical systems) are fabricated using recesses similar to the way integrated circuits are manufactured combined with origami-like self-assembly techniques.

“Imagine that they can be cheaply made on the surfaces of portable electronics,” says researcher Smitha Rao. "When the phone is out of battery power, all you need to do is to put on the sleeve, wave the phone in the air for a few minutes and you can use the phone again.” She adds that eventually, flat panels coated with the windmills could be mounted to buildings to harvest energy for sensor networks, wireless communications, lighting or other purposes.

Check out the video below of the windmills in action! (via Wired) Read the rest

German start-up Nanoscribe is commercialized a 3D "micro printer" that uses a near-infrared laser to print tiny structures with features as small as 30 nanometers. (A human hair is roughly 50,000 - 100,000 nanometers wide.) The device uses an infra-red laser beam moving in three dimensions to solidify a light-sensitive material into the desired shape. The additive manufacturing system, much faster than existing technology, could be used to "print" the components of medical devices, electromechanical systems, and, er, robot models that would fit on the head of a pin. "Micro 3-D Printer Creates Tiny Structures in Seconds" (Technology Review, thanks Anthony Townsend!) Read the rest

How a phone's accelerometer works - a terrific video

[Video Link]Excellent video by Bill Hammock that looks at the accelerometer in a mobile phone, and how it's made.

Bill takes apart a smartphone and explains how its accelerometer works. He also shares the essential idea underlying the MEMS production of these devices.This video is based on a chapter from the EngineerGuy team's latest book Eight Amazing Engineering Stories.

(Via Cult of Mac) Read the rest