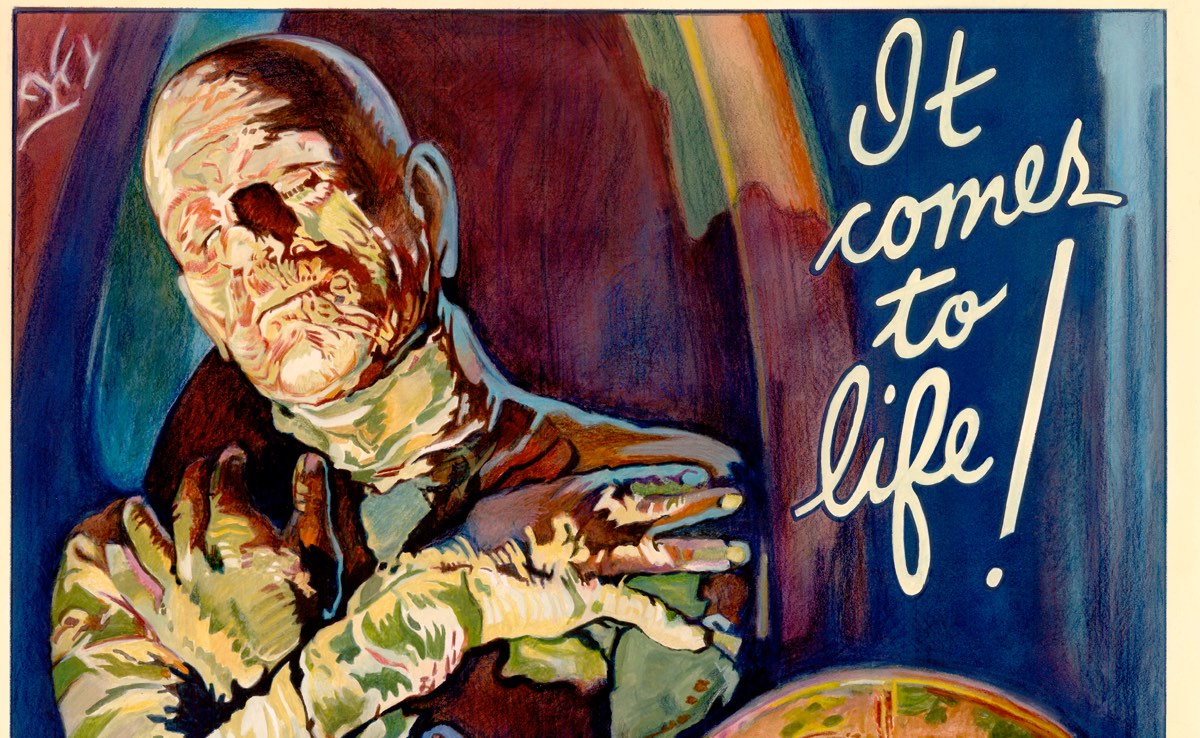 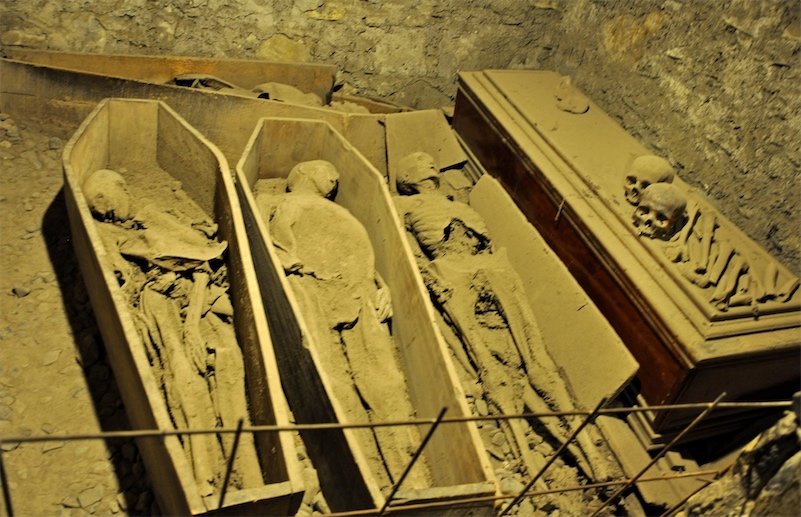 Intruders crept into a crypt at Dublin, Ireland's St. Michan's Church, decapitated an 800-year-old mummy and ran off with the head. The Garda Síochána (Irish police) ask that anyone with information about the missing head or those who did the decapitating, please contact them. From CNN:

The mummy is thought to be a soldier who fought in the Crusades, a series of eight expeditions sanctioned by the Church between the 11th and 13th centuries, which resulted in a religious war between Christians and Muslims.

Intruders turned the body over while removing its head, and also desecrated the 400-year-old remains of a nun, according to the Church.

The vandalism, which is being investigated by police, was discovered on Monday as a guide was preparing to open the church.

St. Michan’s attracts around 28,000 paying visitors a year, who come to tour its small but historically significant interior, which includes the organ on which George Frideric Handel wrote his “Messiah” oratorio, and view the mummified bodies in their open coffins.

In the last century, visitors were even allowed to shake the Crusader’s leathery hand “for good luck..."

Another section of the crypt was sealed after being vandalized in 1996 by three teenagers who broke in, dragged corpses into the churchyard and played football with the head of a little girl.

image at top: "mummies in the St Michan’s Church crypt" by Jennifer Boyer Read the rest

Among the belongings interred with dead Egyptian royalty for their long trip to the afterlife: Dinner. Some meat mummies — preserved cuts of animal carcass meant to be used as food — were dried with salt, like a kind of jerky. Others were preserved with balms and beeswax. Read the rest

Mummies had a form of chronic cardiovascular disease

Atherosclerosis is what happens when your arteries fill up with layers of fat and white blood cells. It's a disease of chronic inflammation that increases your risk of stroke and heart attack. It's also a disease we tend to associate with the modern era — commonly cited risk factors include cigarette smoking, obesity, and stress. But there are some signs that we may not have a great handle on what actually causes atherosclerosis. That's because ancient mummies, from all over the world, have shown signs of the disease. It's unclear what this means at this point — for instance, just because ancient people didn't light up a Marlboro from time to time doesn't mean they weren't exposed to smoke and particulate matter from indoor cooking fires. But it's fascinating to see a disease of modernity affecting the past. Read the rest

Tutankhamen: A mummy story for grown-ups

When Howard Carter opened the tomb of the boy pharaoh Tutankhamen in 1922 he found a series of chambers piled high with “wonderful things.” For nerds of a certain age, this is a story we’ve heard many times before. King Tut was a part of our lives from childhood. On the list of “Dead Things Small Children Get Really Excited About”, he ranks just below dinosaurs and just above Pompeii. By the time we reached junior high, we had explored the Valley of the Kings through diagrams in National Geographic, catalogued Tut’s treasures in the pages of glossy DK picture books, and watched innumerable actors recreate Carter’s day of discovery on TV documentaries.

Given all that you already know about the Tutankhamen story, why should you bother reading Joyce Tyldesley’s new book Tutankhamen: The Search for an Egyptian King? Because Tyldesley asks (and answers) questions those old familiar sources seldom bothered with. Her book takes a popular kid’s history and fleshes it out with grown-up levels of depth and context. For instance: Why exactly was King Tut buried with all those grave goods to begin with?

The answer isn’t as simple as you might suspect. The golden couches, ornate game boards, food, and flowers are all usually presented as things Tutankhamen thought he’d need in the afterlife. But that doesn’t match up with what we know about ancient Egyptian religious beliefs, Tyldesley writes. Kings were supposed to spend their afterlives away from the tomb—reborn as a star, or merged with the god Osiris. Read the rest