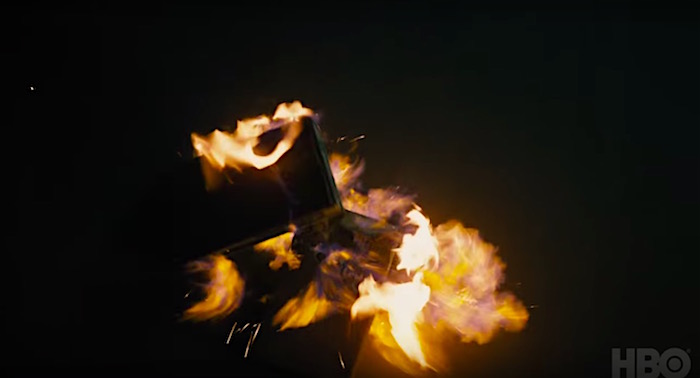 Hey all you Ray Bradbury fans, here's HBO's just-released Fahrenheit 451 trailer, based on Bradbury's 1953 dystopian novel about book burning and censorship. Black Panther's Michael B. Jordan stars as the book's protagonist, fireman-turned-resistant rebel Guy Montag, while his "mentor," fire captain Beatty, is played by The Shape of Water's Michael Shannon. The movie will hit our television sets this May. Read the rest 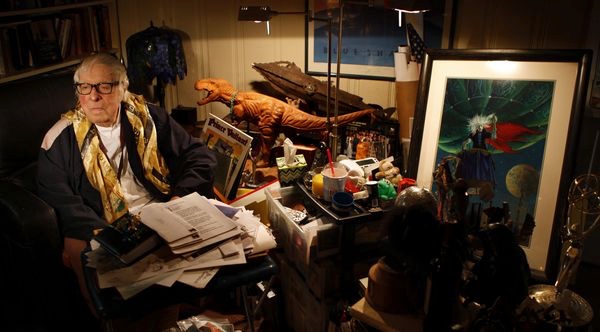 The Ray Bradbury Theater was a far out 1980s television series with each episode written by Bradbury himself. With 65 suspenseful (and sometimes terrifying) episodes of dark science fiction/fantasy, The Ray Bradbury Theater shined the freaky flame of The Twilight Zone and The Outer Limits down the shadowy path of The X-Files and Stranger Things. And now you can watch all the episodes free on YouTube! Below are two to get you started: Marionettes, Inc. and The Playground: 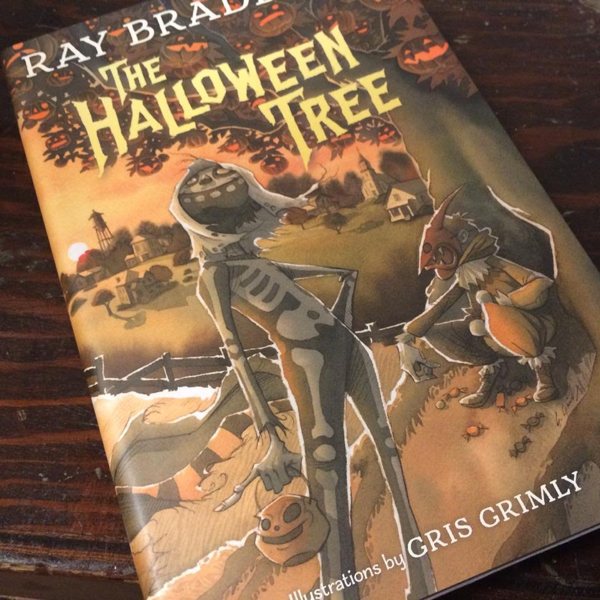 Author/illustrator Gris Grimly has a launch event and art show for his own illustrated edition of Ray Bradbury’s Halloween Tree this Sunday at Creature Features in Burbank.

Creature Features kicks off the season of the witch early with this spook-tacular gallery show showcasing brand new artwork created by Gris Grimly for the latest adaptation of Ray Bradbury’s beloved perennial THE HALLOWEEN TREE!

Grimly casts his unique spell over this fantastical tale of a daring group of trick ‘r treaters who cross space and time to discover the true origins of Halloween, led by the mysterious Mr. Moundshroud.

The show opens on August 2nd with Grimly on hand to display his original art and sign the new hardbound edition from Knopf Books. Limited edition prints will also be offered exclusively thru the gallery.”

The Illustrated Man was one of the first Ray Bradbury books I bought. I picked it up at my junior high school's weekly book sale. The cover painting attracted me to the paperback. What a weird and fascinating image! It's a naked bald man, sitting on a rickety wood platform in a forlorn, alien desert. The best part about it is the way his back is turned to the viewer. So mysterious.

With 9 days left in the auction, the original art has a high bid of over $(removed),000. I predict it'll go for $(removed)k or more.

Listen to this while you check out all the other great stuff up for auction from Bradbury's personal estate.

Ray Bradbury at NASA JPL, 1971, reading his poem "If Only We Had Taller Been" (video)

Through the years, Ray Bradbury attended several major space mission events at JPL/Caltech. On Nov. 12, 1971, on the eve of Mariner 9 going into orbit at Mars, Bradbury took part in a symposium at Caltech with Arthur C. Clarke, journalist Walter Sullivan, and scientists Carl Sagan and Bruce Murray. In this excerpt, Bradbury reads his poem, "If Only We Had Taller Been."