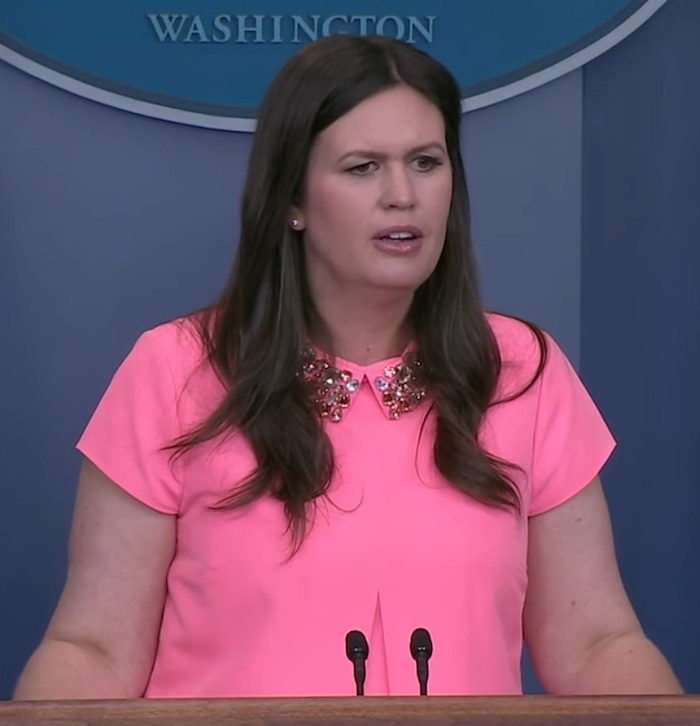 Sarah Sanders told a whopper at yesterday's briefing when she claimed that Trump had so far created over triple the amount of jobs for African-Americans than President Obama did during his time in the White House.

Of course she was wrong.

Secondly, CNN points out that Sanders conveniently left out the fact that 3 million new jobs went to "black workers" while President Obama was in office.

When Obama took office in 2009, 15.5 million African Americans had jobs in an economy filleted by one of the country's worst recessions. When he left office, the economy had 18.4 million black workers.

The White House issued a rare, albeit skimpy, apology about their botched math, calling it a "miscommunication": "Apologies for @WhiteHouseCEA's earlier miscommunication to @PressSec."

Image by The White House - https://www.youtube.com/watch?v=glKTertdqXk Read the rest

In WH briefing, Sarah Sanders refuses to confirm she does not view press as "the enemy of the people' (repeatedly) 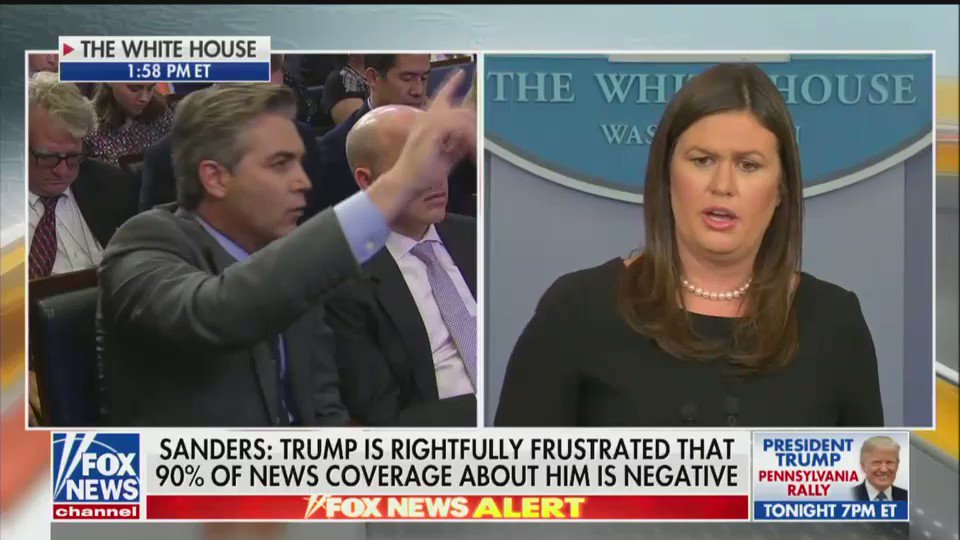 The spokeswoman for the president of the United States won't say whether the American press is or is not “the enemy of the people.” This phrase was used to similar effect by the Nazis and in the Soviet state under Stalin to designate who should be murdered. It's un-American, and so is she, and so is Trump. Read the rest