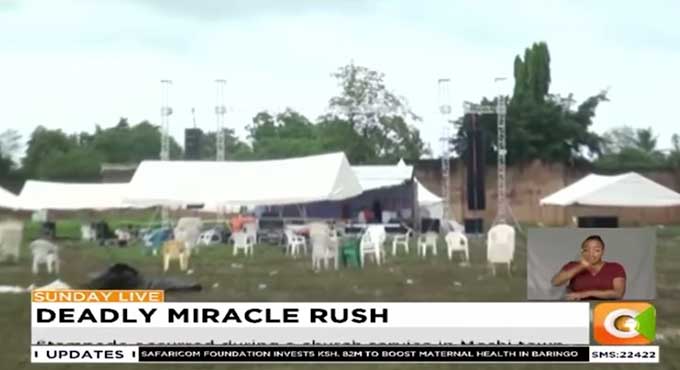 At at least 20 worshippers were killed in a stampede at a prosperity gospel church service in Tanzania on Sunday when the pastor told the thousands in attendance to come forward to get anointed with blessed miracle oil that solves all problems, reports The Telegraph. After the deadly incident, the pastor attempted to flee the country but was arrested before he could escape.

Pastor Boniface Mwamposa had been drawing huge crowds by promising prosperity and cures for diseases to worshippers who step in what he calls "blessed oil" during his services.

He was arrested on Sunday in Tanzania's commercial capital, Dar es Salaam, as he attempted to flee the country, home affairs minister George Simbachawene said on Sunday.

"Mwamposa tried to flee after this incident, but we arrested him in Dar es Salaam ... he will be held accountable for causing this tragedy," the minister said.

According to the minister, the stampede took place after the pastor instructed worshippers, who numbered some 10,000, to rush to one side of the stadium all at once to get anointed.

Who else thinks that Pastor Mwamposa will say the people died because they lacked faith? 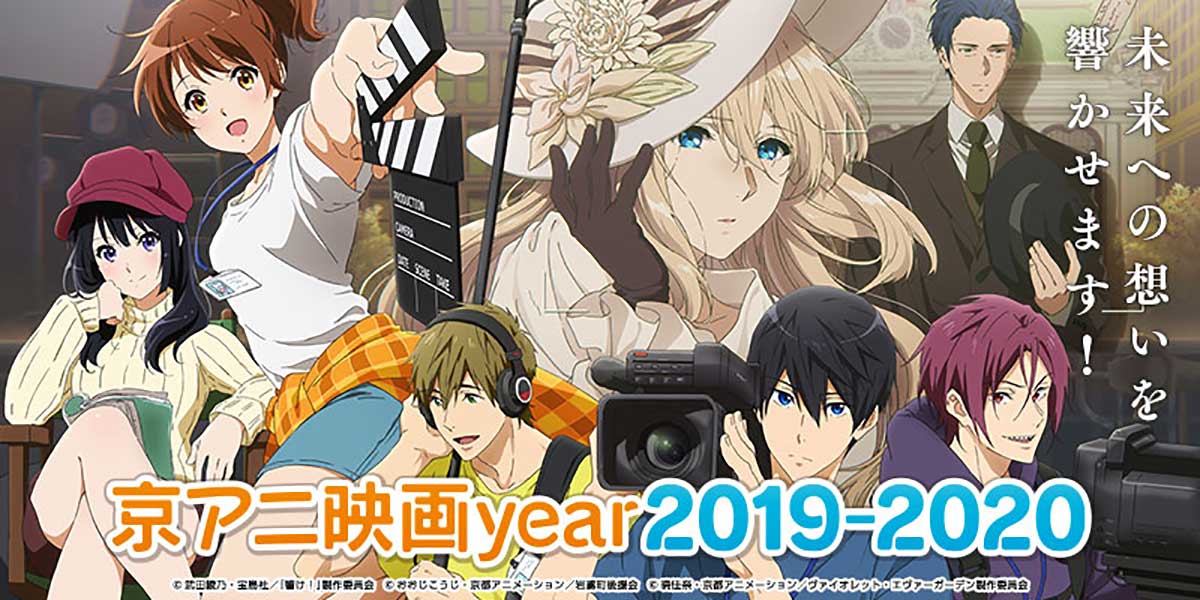 Japan and much of the world is in shock after an arsonist entered a Kyoto animation studio, doused the interior with gasoline and set it on fire, killing at least 33 people and injuring dozens of other people who were in the building.

Kyoto Animation Company (KyoAni), where the attack took place, creates anime and manga, much of it about teenage school life. They are known for paying their animation staff a regular salary, unlike other anime houses that pay a stress-inducing per-frame rate. It's suspected that famed director Yasuhiro Takemoto is among the dead.

Just found out that Yasuhiro Takemoto who directed Full Metal Panic: Fumoffu, The Second Raid, Amagi Brilliant Park, Hyouka, and Ms. Kobayashi's Dragon Maid was among the deceased at KyoAni. I cannot begin to imagine what his family is going through. RIP ? pic.twitter.com/JoTd4RtjKs

The alleged attacker, who survived, is a 41-year-old man. Witnesses say he was yelling about his work being copied or stolen by KyoAni. He did not work for the company.

“I’m speechless,” Japanese Prime Minister Shinzo Abe said in a tweet. “I pray for the souls of those who have passed away. I would like to express my condolences to all of the injured and wish them a speedy recovery.”

Horrific video of a dozen victims crushed by shipping container 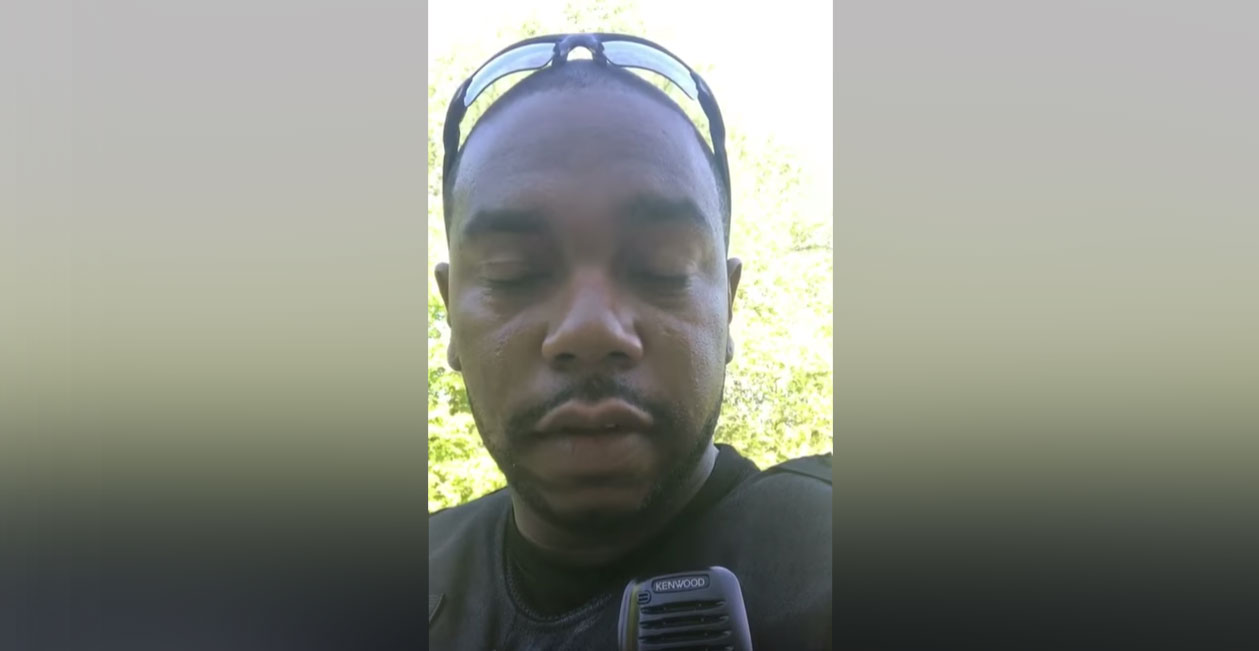 It's not often that police will post video directly from the scene of a crime or emergency, but this footage from Nicholasville, Kentucky's Officer Baker offers a harrowing and instructive warning about the dangers of poorly-secured shipping containers in transit. It's hard going: twelve casualties, all crushed beyond human hope. Read the rest

The death of Yuri Gagarin

At the BBC: "New details have emerged about the air crash on 27 March 1968 that killed Yuri Gagarin - the first man in space." Read the rest

Man killed by truck while dribbling soccer ball to Brazil

Richard Swanson, 42, set off from Seattle on May 1 hoping to dribble a soccer ball all the way to Brazil. A truck hit him in Lincoln City, Oregon, less than two weeks into his trip. [BBC] Read the rest

At least 34 people have died in earthquakes in Iran

A 6.3 earthquake and one with a magnitude of 7.8 hit Western Iran in the course of just a week. These are largely rural areas, with a lot of mud brick buildings that tend to collapse when the earth shakes. It's hard to say how many casualties there are, in total. Scientifically speaking, the earthquakes were also fairly interesting, writes Chris Rowan at Highly Allochthonous. They happened in different — in fact, totally opposite — ways, with the smaller one happening as plates crashed into one another and the larger caused by tectonic plates moving away from each other. This was along the same plate boundary. How's that work? Rowan has the details. Read the rest

Last winter, I found out something really fascinating: Cows kill more people than sharks. It's true. Here's Popular Mechanics on the statistics:

Between 2003 and 2008, 108 people died from cattle-induced injuries across the United States, according to the Centers for Disease Control and Prevention. That's 27 times the whopping four people killed in shark attacks in the United States during the same time period, according to the International Shark Attack File. Nearly all those cow-related fatalities were caused by blunt force trauma to the head or chest; a third of the victims were working in enclosed spaces with cattle.

Pretty impressive for an animal usually described as mellow and passive.

It also throws some sharp relief on the way we talk about sharks. (And, for that matter, on the way we think about risk.) Much like the dichotomy between not-terribly-dangerous-but-highly-feared airplane travel and highly-dangerous-but-not-terribly-feared car travel, cows sneak in under our cultural radar—they kill effectively and relatively often, while we save up all our terror for the much, much less deadly shark.

I found out yesterday that August 12 through August 16 is Shark Week on the Discovery Channel. So I thought I'd provide a nice counterbalance here. From now through August 18 I will provide you with one example of cow-related killings every day. I should note that I'm not trying to make light of the incidents I post here. These are all very real deaths. People were hurt emotionally and that's not funny. What I'd like to do, though, is use these incidents to get us all thinking about how we assign risk to certain situations, and why some things are terrifying and others aren't and why that distinction is often entirely independent of the actual risks. Read the rest

Domestic violence can happen to anyone

Four years ago, Jana Mackey, one of my college roommates at The University of Kansas, was killed by her ex-boyfriend. When I lived with Jana, I knew her as a music major and a really fun person. But she had a serious side that came to the forefront over the next few years. Jana went to law school, got involved in domestic violence activism, and became a lobbyist at the Kansas State Legislature trying to bring attention to women's health and safety.

Her work made her death tragically ironic, but it also drives home a point. Domestic violence (whether physical or emotional) isn't just something that happens to the naive, or the weak. It's not something you can write off as "somebody else's problem."

There's a picture going around Facebook right now, of a young woman holding a sign that says, "Society teaches, 'Don't get raped' when it should teach 'Don't rape.'" I think the same thing is true here. There's too much focus on finding reasons to criticize or distance ourselves from women who have been abused, and not enough of a focus on preventing abuse from happening—by teaching kids how to have healthy relationships, by encouraging family and friends to step in when they see someone they know being abusive, and by making sure cops and courts take domestic violence seriously.

Jana's family is trying to rectify this through a nonprofit called Jana's Campaign. The Campaign put out this video last winter. On the anniversary of Jana's death, I wanted to share it with you. Read the rest

The physics of crowds can kill

Almost two years ago, 21 people died when they were crushed to death in the crowd at the Love Parade music festival in Germany. Now, scientists have been able to pinpoint exactly what lead to those deaths. Here's a hint: It wasn't a stampede, there's no evidence of intentional pushing, and it doesn't look like mass hysteria had anything to do with the deaths. So how did those 21 people die? Physics. (Via Jennifer Ouellette) Read the rest