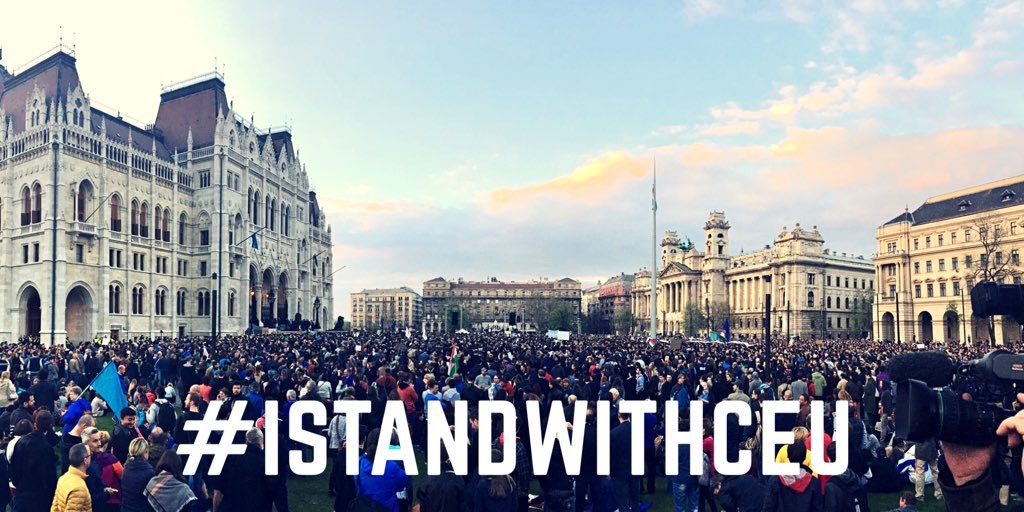 After 70,000 people marched in Budapest against a new Hungarian law that targeted the liberal Central European University, the Hungarian government has dangled a possible escape rope: Education Secretary Laszlo Palkovics said that "CEU could issue diplomas if it extended a license agreement with its Hungarian sister school to teach its courses." Read the rest

This spooky photo appears to depict the 1970s-era Tram 58 terminus in Zugliget, Budapest, Hungary. The original source isn't clear to me (if you know it, please note it in the comments so I can re-attribute the image, which appears all over the net without attribution). There's a plan underway to renovate the tumbledown terminus and turn it into a shopping mall.

(via Disquieting Metamorphasis) Read the rest