Solving the "Longbow Puzzle": why did France and Scotland keep their inferior crossbows? 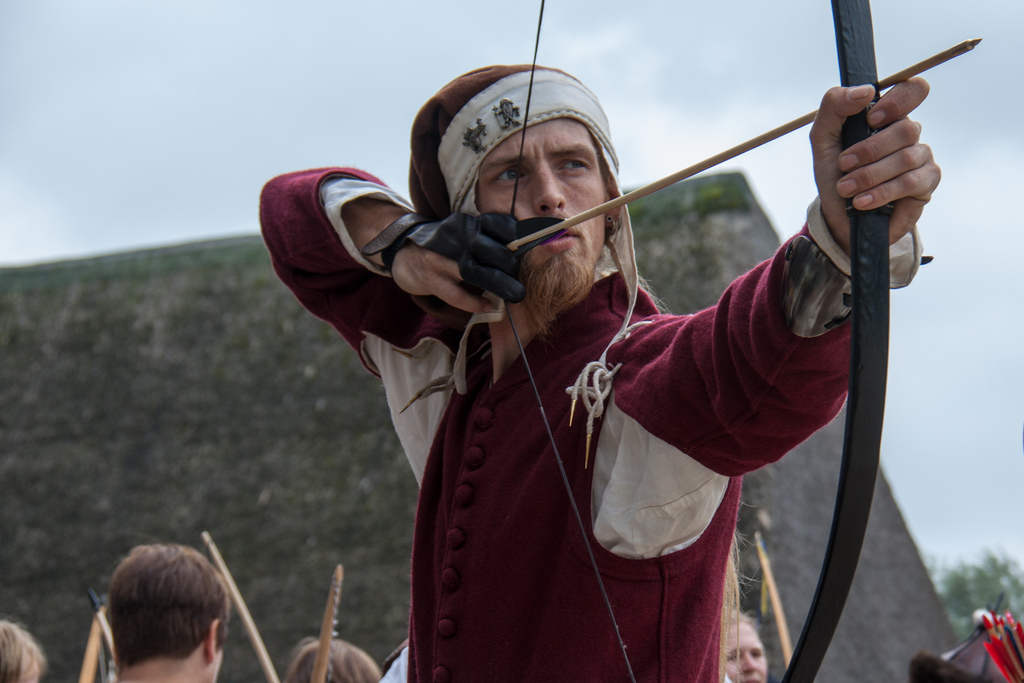 The longbow was vastly, demonstrably superior to the crossbow, but only England adopted it as a common military weapon; the Scots and French stuck with the inferior crossbow for nearly a century -- why? Read the rest

My picks on Bullseye: Blocksworld and Adventure Time Encyclopaedia

On the latest episode of Bullseye with Jesse Thorn I recommended the iPad app Blocksworld and The Adventure Time Encyclopaedia.

Mark Frauenfelder is the founder of Boing Boing, which bills itself as a "directory of wonderful things." He joins us to share some of his recent finds.

This time, it's The Adventure Time Encyclopedia and the iPad game Blocksworld.

The Cartoon Network's show Adventure Time is ostensibly for children, but eagerly devoured by people of all ages. It follows the psychedelic adventures of a boy named Finn and his dog Jake. The new Adventure Time Encyclopedia, "translated" by comedy writer Martin Olson, features new original artwork and everything you ever wanted to know about the post-apocalyptic land of Oooo. Mark also suggests downloading the Blocksworld app for iPad, a virtual Lego-like world with huge creative possibilities.

In the latest episode of Bullseye with Jesse Thorn I talked about the graphic novel Good Dog and the iPhone version of the Russian card game Durak, called Super Durak. (Durak means idiot in Russian. There's no winner in the card game, just a loser - the durak.) Read the rest

Mark's book and game recommendations on Bullseye with Jesse Thorn

This week's recommendations come from Boing Boing founder and Gweek host Mark Frauenfelder. His first suggestion is Bunk!, a game for iOS that makes good use of your vocabulary, your friends, and your ability to convincingly make stuff up. Looking for something to read? He also suggests Marijuanamerica [reviewed on Boing Boing], a new book about a man who tours the US to understand America's love/hate relationship with pot.

Mark's "culture picks" on this week's episode of Bullseye

I was the "culture critic" again this week on Jesse Thorn's excellent Bullseye radio show and podcast. It's always a joy to speak with Jesse.

Jess Thorne says: "This week's culture recommendations on Bullseye come to us care of Mark Frauenfelder of Boing Boing and the Gweek podcast, who joins us to share a pair of his top picks: The Dictionary of Modern Proverbs, as compiled by Charles Doyle, and the music video production iPhone app Video Star." Read the rest