Dan Harmon weighs in on Rick & Morty's most viral moments 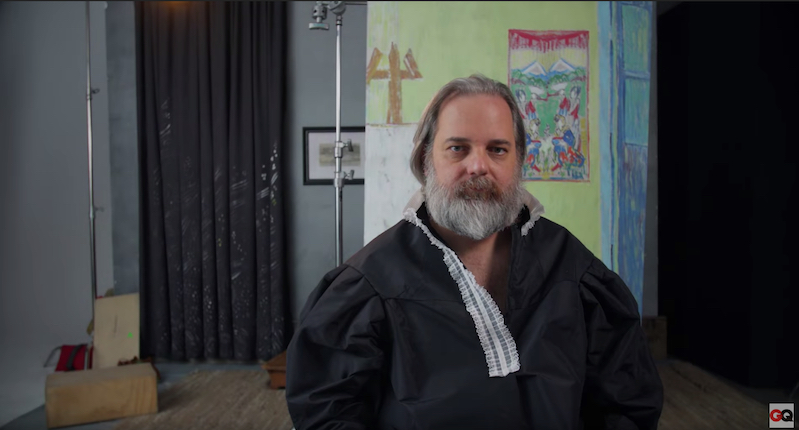 Dan Harmon recently conducted an AMA on Reddit, in which he revealed that in the emotionally charged season finale of Community, "Digital Estate Planning," Chevy Chase didn't show up to film a scene that was partially told via an original 8-bit video game. Since it was the last day of shooting, it was their last chance to do the scene, and they lost it. So one Reddit user, Derferman, of /r/hawkthorne, created the scene and made it downloadable for everyone to play out the scene for themselves. Community writer Megan Ganz was positively verklempt and showed it to the cast this morning.

It is a full-on Community-Harmontown lovefest, kids. Read the rest

Dan Harmon scores yet another sitcom deal, this time at CBS

So, interesting story: Sony and NBC fire Dan Harmon from the show he created. Harmon then sells an animated pilot to Adult Swim. Then Harmon got a deal to write a multi-camera sitcom pilot for Fox. And now, Harmon has another deal to write another sitcom for CBS. Next logical move: sitcoms for outer space. Obviously. (via Deadline) Read the rest

Dan Harmon close to finding a new home at Fox -- would Community be better off there, too?

Coming on the tails of NBC's news that they'd be pursuing "broader" projects for their comedy lineup, Fox has announced that they're moving forward on a possible new sitcom being written by the former showrunner of Community, Dan Harmon. There aren't any details about the show yet, just that they've signed him on to write such a series, but is there a chance that Harmon will find himself more at home here than at NBC? Fox is, after all, the channel that brought us Arrested Development. Then again, they also canceled Arrested Development after just three seasons. But considering the shows they currently have on the air -- like Emmy-nominated quirkfests The New Girl and Raising Hope -- maybe Fox has seen the error of their ways?

And could Community pull a Buffy and find more success at a different network? Read the rest

I have mixed feelings about Kickstarter. However, I don't have mixed feelings about Dan Harmon (Community), Dino Stamatopoulos (Moral Orel, Mary Shelley's Frankenhole), and Charlie Kaufman (Being John Malkovich, Adaption, Eternal Sunshine of the Spotless Mind). And the thought of them working together and making something is really, really exciting. Probably even exciting enough to warrant giving money to a Kickstarter campaign, which is exactly what they're doing! In an attempt to bypass the studio system and the corporate entertainment world completely -- which is totally not a statement on the way Harmon was fired from the show he created by NBC, nope! -- the trio are hoping to raise $200,000 on Kickstarter in order to make a 40-minute stop-motion film called Anomalisa (and some other projects) and do it without any meddling from executive types. I have a feeling they will probably accomplish this. Read the rest