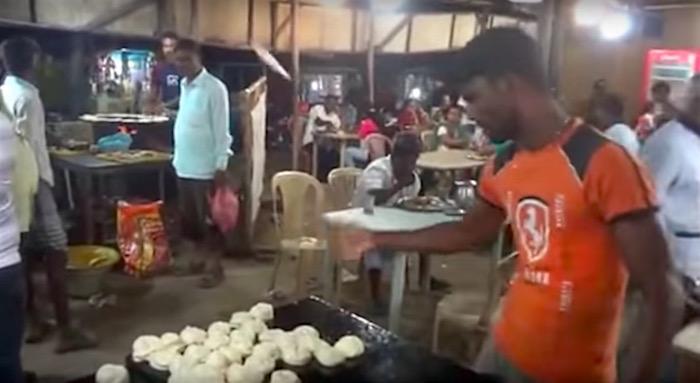 Incredible skill mixed with this paratha maker’s nonchalant demeanor of tossing dough disks across a room full of people may put him in the running for the world’s most efficient worker.

At what point did this man decide he would save more time by throwing flatbread dough to the other end of the kitchen, potentially striking patrons in the face? It must have been a risky business decision, but surely production increased.

Viewers of the nearly 5-year-old video note how the paratha pitcher bangs his rolling pin to notify the paratha catcher to expect some incoming dough. No sustained eye contact between the two needed.

The graceful art form is said to be taking place at a hotel’s restaurant in Tamil Nadu, India, according to the video’s title. Read the rest

efficiency in the kitchen