IPCC climate report is most urgent yet

The UN's International Panel on Climate Change is an interdisciplinary expert body comprised of leading scientists who study climate change; they issue periodic reports summarizing the best peer-reviewed science on climate change and making recommendations as to what must be done to avert the most catastrophic outcomes; their latest report is the gravest yet, where even the most optimistic projections of the panel predict disruption and hardship for tens of millions of people, within our lifetimes. Read the rest

The last quarter-century of climate talks explained, in comics form 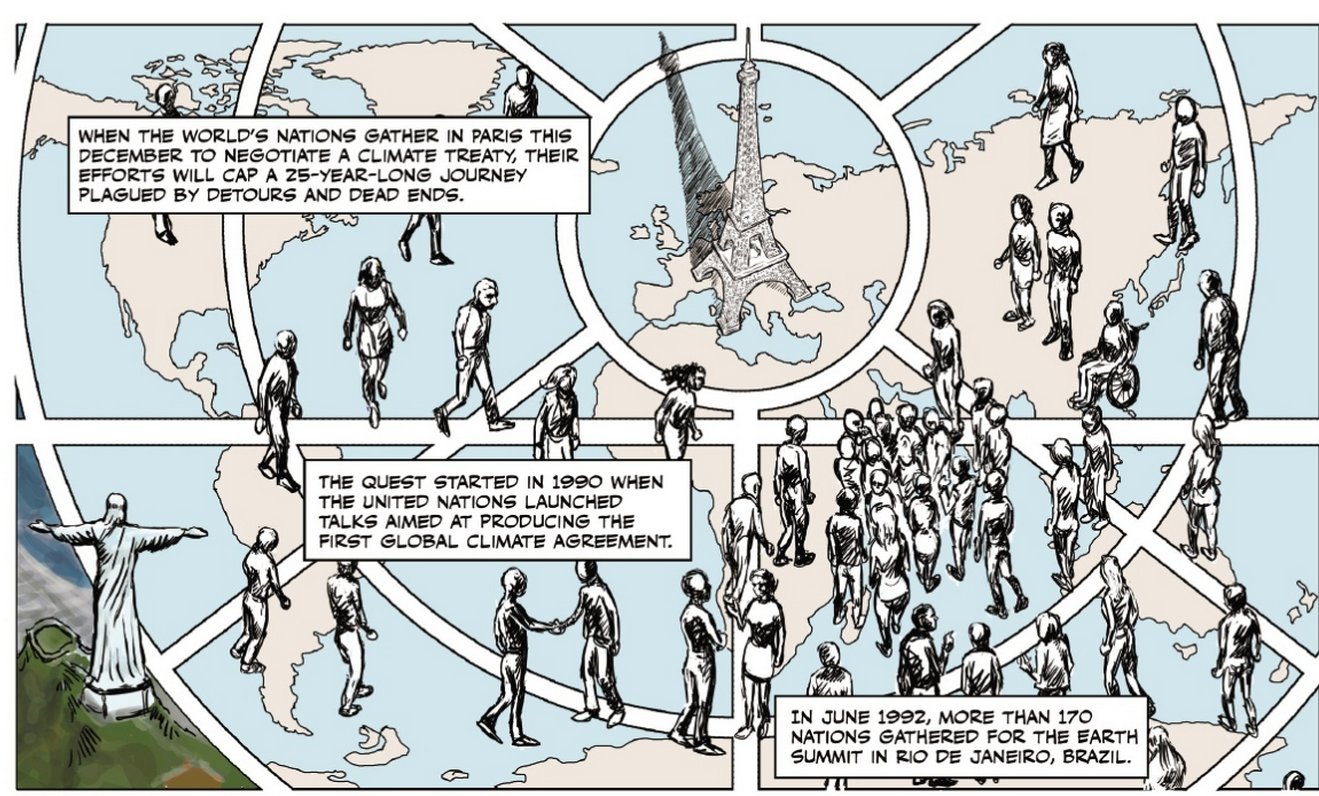 Nick Sousanis, who delivered his doctoral dissertation in comic book form, has a new comic in the current Nature magazine, explaining the last 25 years' worth of climate talks, as a primer in advance of the Paris climate talks next week. Read the rest

An interesting way of explaining scientific certainty and climate change

There's a new IPCC report coming out and that, inevitably, leads to confusion about what scientists mean when they say things like "we are 95% certain that climate change is being caused by human behavior." The AP's Seth Borenstein used this as a jumping off platform to talk about certainty, and other (less popularly/politically controversial) ideas that also have 95% certainty attached to them. Are scientists 100% sure that climate change is caused by people? No. But they're at least as certain of that fact as they are of the fact that smoking is hazardous to your health. Read the rest