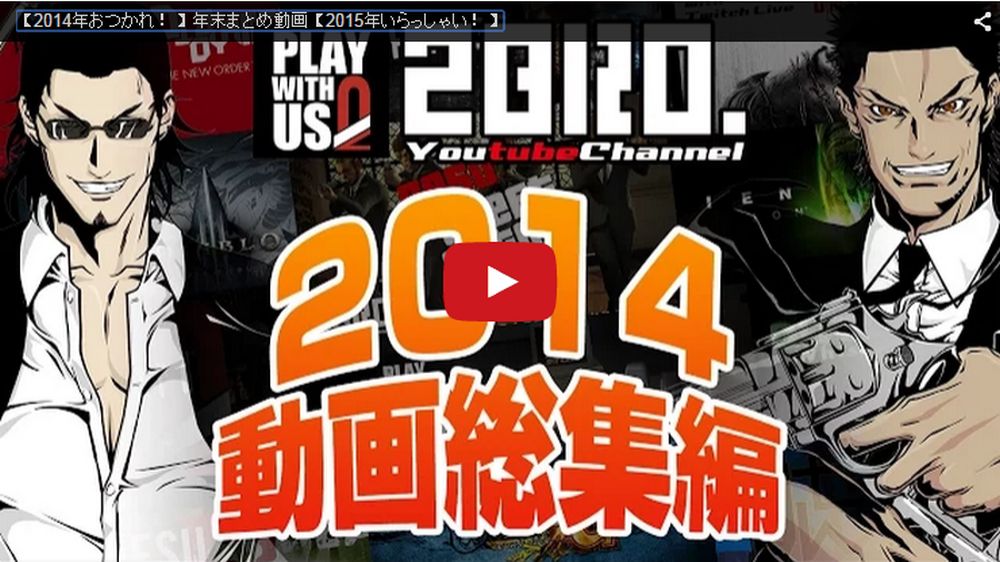 Lots of young people are growing up watching strangers play video games. But while "Let's Play" videos are fairly common in the West (I even do a niche series of my own), for some reason the format as we know it apparently isn't big among Japanese.

Japanese game makers and players have long been considered to have distinct styles and appetites different from Western ones, which is why it's so neat to read this interview with Japanese Let's Play-ers Aniyja and Otojya. They have over a half a million subscribers, and apparently focus on Western design forms like the first person shooter, an unexpected angle.

Koichi: On the flip side, how about “Japanese gaming culture?”

Anijya: I think Japanese gaming culture is completely different from that of other countries. The gaming experience that at one time could only be had in an arcade suddenly became available at home with family game consoles, and even people who weren’t interested in gaming that much now play app-games on their smartphones. Now, it’s trendy to create games for smartphones that everyone can enjoy rather than just for game consoles or computers, which have become more complicated and expensive. The gaming industry is still developing, but I think there is still a lot of room for growth.

Otojya: I think Japanese people consider gaming a childish thing. If you play games as an adult, it can give people a bad impression of you, so I think many people hesitate to confess that they like gaming

Youtube and Nintendo conspire to steal from game superfans