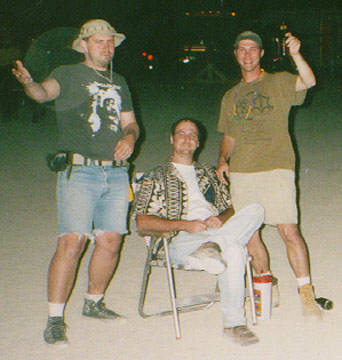 When we ran out of bullets the noise from "Rave Camp" became intolerable.

After eating all my mushrooms I watched some dudes burn a poorly built mannequin thing.

out of her head on MDMA,

whom I'd never met before and never will again,

snuggled up and fell asleep in my lap.

I drank a huge rum and coke. There was no ice.

A woman was carrying a live goldfish in a cup.

The van I borrowed from motorcycle.com mysteriously acquired bullet holes.