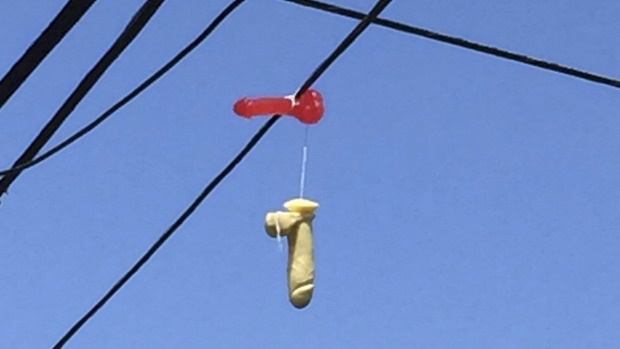 In Portland, OR, "Jackie," a homeless former social worker with muscular dystrophy, was hit with a misdemeanor theft charge for charging her phone from a plug on a planter-base on a sidewalk; she spent a day in jail when she missed her arraignment. Read the rest

This striking photo by Portland-based photographer Johnny Nguyen is one of the most memorable to emerge from protests around the country.

Here is a video of a person in a Darth Vader mask and cape, and a Utilikilt, riding a unicycle, playing Star Wars music on a bagpipe, in Portland, OR

Warey Myers designed this installation for the new offices of Portland's VIA Advertising Agency, which are in the Baxter Building, home to the Portland Public Library from 1888-1960: "Books breaking through the (faux) wall downstairs, referencing the "basement stacks" every library has. In this case it's as if those stacks had been sealed up during some remodel, and are anthropomorphically breaking through, referencing the old library, history, roots, poltergeists..."