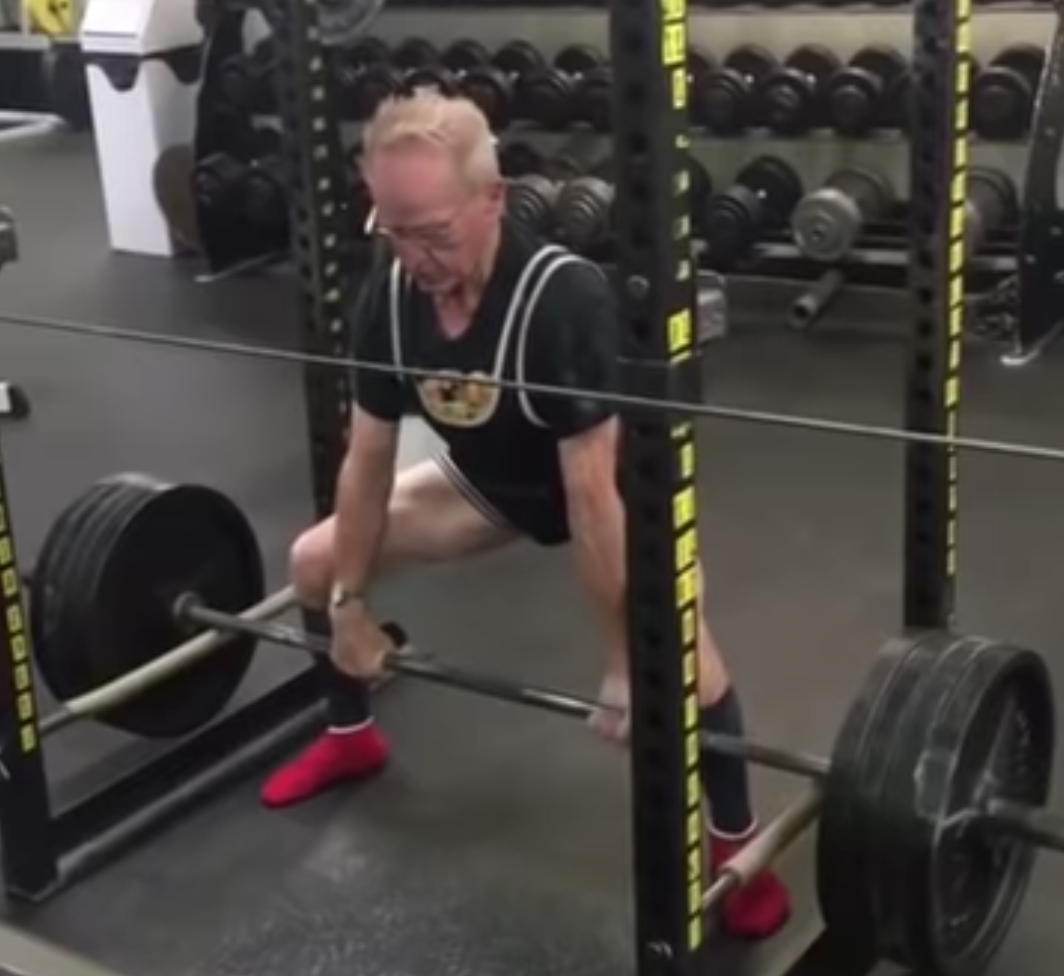 Stockinger is a legendary powerlifter from Canada and has set (and then broken his own) world records in the past, according to this February 2018 article:

“I do hold world records with the deadlift and the squat for my bodyweight and age group,” Stockinger said in a phone interview. In 2015, he set three world records at the 100% Raw Powerlifting Western Canadian Championships, then turned around and broke two of his own records the following year...

Although he stopped competing in 2016, Stockinger continues to train three times a week, spending a few hours in the gym each session...

Stockinger’s passion for weight training and powerlifting is instantly obvious to anyone who speaks with him, and he likes to share that passion with other people.

It was that passion that led him to establish Joe’s Weight Training and Fitness Club in Pincher Creek, Alta. The gym, founded in 1985, started as nothing more than a basement space and a dream.