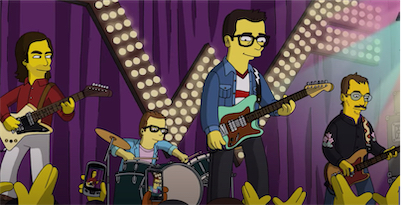 This Sunday, Weezer will cameo on The Simpsons and as a teaser, the band released their cover of "The Simpsons Theme" by Danny Elfman. From Rolling Stone:

In the new episode of The Simpsons, Weezer will play a cover band called Sailor’s Delight, which serves as the house act on a romantic cruise Homer and Marge are taking. Sailor’s Delight will “perform” a handful of tracks from Weezer’s 2019 self-titled record (also known as The Black Album) and their 2017 effort Pacific Daydream, while the episode will also boast the premiere of the band’s new song, “Blue Dream,” from their upcoming LP, Van Weezer.

J. Michael Mendel, producer of "Rick and Morty" and "The Simpsons," RIP 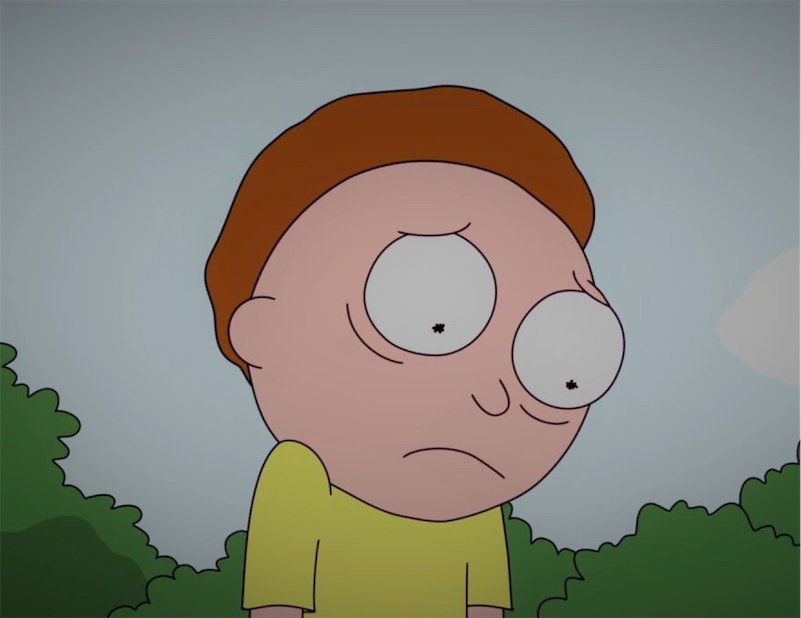 J. Michael Mendel, beloved producer of "Rick and Morty" and "The Simpsons," has died just two days before turning 55 years old. The cause of his death has not been made public. He is survived by his wife, casting director Juel Bestrop, and two children. From CNN:

Mendel worked on Fox's The Tracey Ullman Show, on which "The Simpsons" began its life as a recurring segment, before moving to the independent series.

My friend, partner, and line producer Mike Mendel passed away. I am devastated. My heart breaks for his family. I don’t know what I’m going to do without you by my side Mike. I’m destroyed. 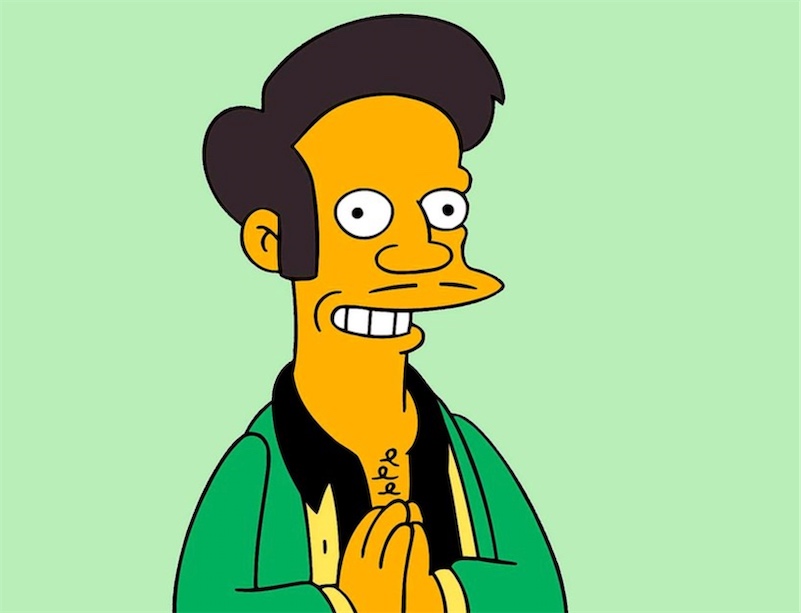 The Simpsons producers are pulling the classic Michael Jackson episode 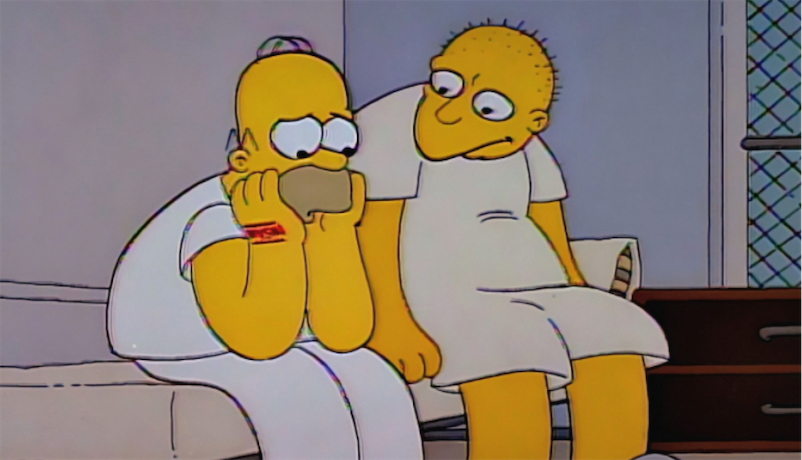 The producers of The Simpsons are pulling the 1991 "Stark Raving Dad" episode featuring Michael Jackson, uncredited, from rerun rotation and streaming services. This follows news that a number of radio stations will no longer play Jackson's music in the wake of the sexual molestation allegations described in the new documentary Leaving Neverland. From Variety:

“It feels clearly the only choice to make,” executive producer James L. Brooks told the Wall Street Journal, which broke the news on Thursday. He told the paper that fellow executive producers Matt Groening and Al Jean agreed with the decision. “The guys I work with — where we spend our lives arguing over jokes — were of one mind on this,” Brooks said.

In the episode, Jackson voiced the character Leon Kompowsky, who meets Homer Simpson in a mental institution. Simpson brings home the character, a large white man who claims to be Michael Jackson. Ultimately, Leon helps Bart Simpson celebrate his sister’s birthday by singing one of the show’s most memorable tunes, “Happy Birthday Lisa.” Jackson didn’t actually sing on the episode; Kipp Lennon mimicked Jackson’s voice on all of the episode’s songs...

“I’m against book burning of any kind. But this is our book, and we’re allowed to take out a chapter,” he told the Journal. 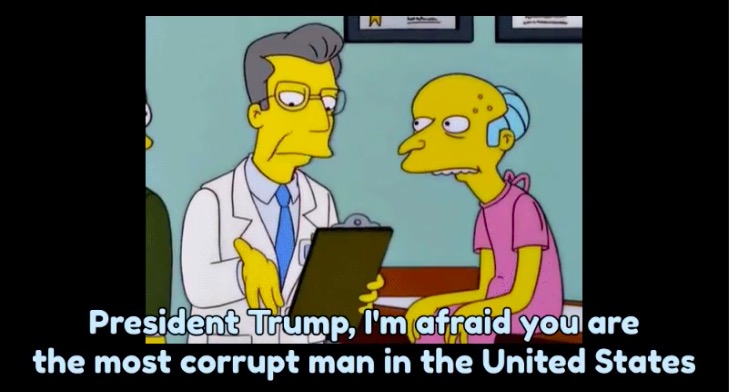 “Are you sure it’s not a witch hunt?” This is the best GIF adaptation of all time, as one commenter already said. Read the rest

"How could this happen? We started out like Romeo and Juliet but it ended up in tragedy!" 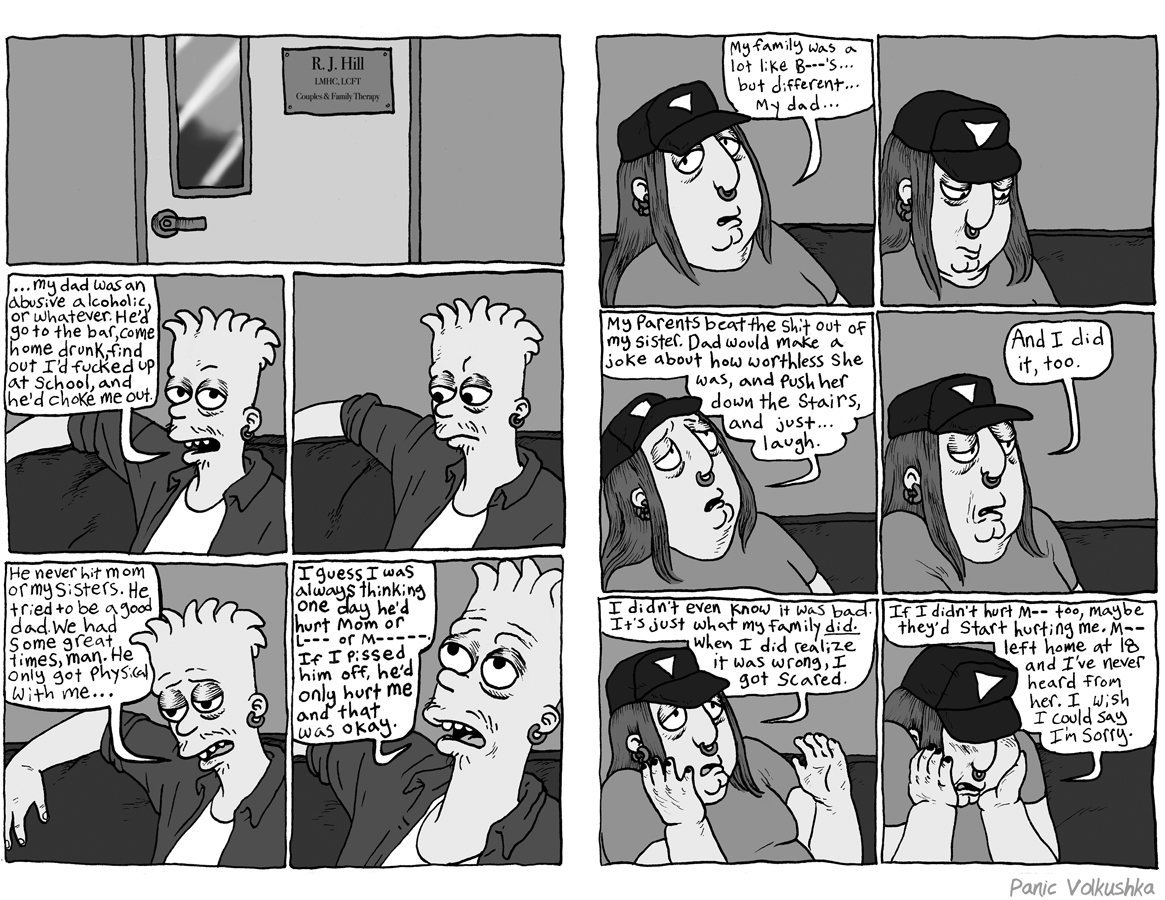 Starring pop culture characters that many of us can identify with, this comic hits home. It is a brutal look at how abusive families shape their childrens' future relationships—but also shows the reality of what triggers are, and what effective therapy looks like. Finally, it shows that even when our parents don't get us, things turn out okay if they love us and let us be who we are. Read the rest 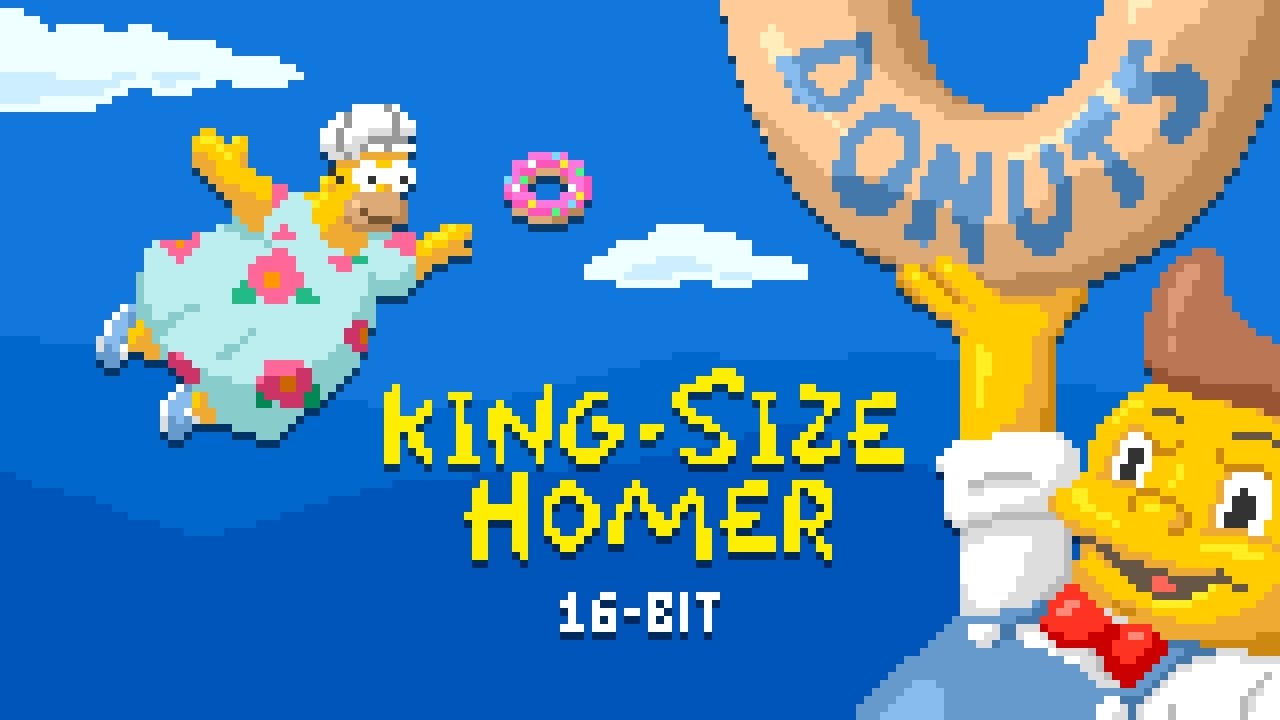 Mauri Helme (previously) created a 16-bit tribute to King-Size Homer, one of The Simpsons' more surreal turns: "It's a pixel art animation as if there were a 16-bit game starring Homer and his muumuu." (Compare to the "real" 16-bit Simpsons game, which was comparatively sane stuff) Read the rest

The Simpsons Sphere: 500 simultaneous episodes in one 360° video

Dude. 500 episodes of The Simpsons, all in one spherical, 360º video space. I'm trippin' so hard. Read the rest

The Simpsons vs. Miami Vice and 1980s glitzy TV

From Sunday night's upcoming episode "Teenage Mutant Milk-Caused Hurdles." Last week, our sister site "Doing Doing" was mentioned on the show, so you just know The Simpsons are still relevant! 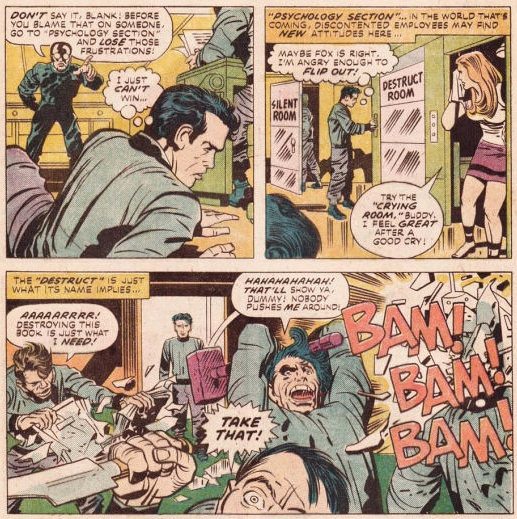 "The future is not a straight line. It is filled with many crossroads." Read the rest

The Simpsons' Springfield, USA in Lego

Sure, Lego released some Simpsons kits, but a fellow named Matt De Lanoy built the entire town of Springfield out of Lego!

Slate's Joseph Lapin suggests a way of making the Simpsons "relevant" again: The Characters Should Start Getting Older

[Killing off a character is] just a temporary fix: It will not restore the show’s reputation as innovative or groundbreaking. To reclaim that type of territory, and reestablish its hold on the American zeitgeist, The Simpsons needs to think much bigger. So here is what I’m proposing: The Simpsons should break free from its static biological present. The characters need to age. Yes, a cartoon, a 2-D world where the laws of nature are constructed in a writers’ room, should suddenly be forced to carry, like Homer chained to the “Stone of Shame,” the same burden all humans are forced to carry: growing older.

No. It's already done. They should just end the show itself, before it really starts to stink. Read the rest

In the early 1990s, I used to get a kick out of the horribly-drawn Bart Simpson bootleg t-shirts, particularly those created by college fraternities as party souvenirs. For example, I distinctly recall one of Bart in a rasta cap holding a bong to commemorate "Reggae Night" at some frat. Bootlegbart on Instagram is a feed collecting hundreds of badly-drawn Barts and other Simpsons characters. And yes, some of them are racist or otherwise offensive and horrible. Bootlegbart (Thanks, Gabe Adiv!) Read the rest

Universal Studios Florida is opening a Simpsons themed area this summer. It'll mostly consist of facades and restaurants serving food inspired by the horrible cuisine of Springfield, as well as a pair of rides:

The expansive, new area within Universal Studios will be anchored by the mega-attraction, The Simpsons Ride, and will allow guests to enter the world of The Simpsons like never before. It will be the only place in the world where guests can walk the streets of Springfield. It will include a brand-new outdoor attraction, places and foods pulled right from the show and two new Simpsons characters who will make their debut with the new area – Krusty the Clown and Sideshow Bob.

And yes – there will be Duff Beer, brewed exclusively for Universal Orlando.

For the first time ever – anywhere – fans will be able to walk down Fast Food Boulevard and visit the places that helped Springfield stake its claim as “Shelbyville by the Sea.” They will be able to grab a Krusty-certified meat sandwich at Krusty Burger, snatch the catch of the day at the Frying Dutchman, get a slice at Luigi’s Pizza, go nuts for donuts at Lard Lad, enjoy a “Taco Fresho” with Bumblebee Man and imbibe at Moe’s Tavern.

The new attraction – called Kang & Kodos’ Twirl ‘n’ Hurl – will take “foolish humans” on an intergalactic spin designed to send them into orbit.