Norway increased its whaling quota for no good reason 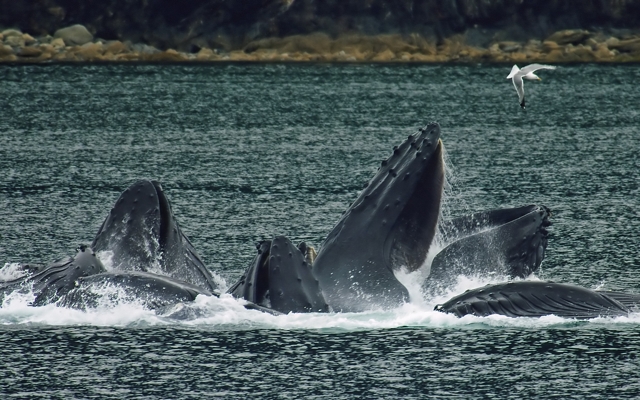 Whaling isn't as cool as it used to be, and it's far from necessary. Many of the products we used to make from whale carcasses, such as lamp oil or whale bone baleen – which was used to make everything from typewriter springs to shirt collars – have been replaced by modern technologies. So it's puzzling to hear that Norway has announced a 28% increase of its whaling quote this year.

According to The Guardian, the new quota will raise the number of whales that the Norwegian fisheries are allowed to harvest to 1,278 animals. The increase smacks of political bullshit, given the fact that, in recent years, Norway's fishing industry wasn't able to kill enough whales to meet the existing quota. In 2017, Norwegians only killed 432 whales. Two years earlier, their fisheries took out 660 animals. That sounds like an industry in decline to me. But Norway has a different spin on the falling numbers: high fuel prices and too few whale processing plants have kept the nation's fishing industry from fulfilling its quota.

“Greenpeace believes Norway should take the logical consequences of the International Whaling Commission’s ban on commercial whaling, the widespread opposition to whaling, as well as the lack of local market for the products, and close down this unnecessary and outdated industry.”

The increased quota might be a stab at stimulating Norway's fishing industry, creating new jobs and infrastructure spending. If that's the case, it's a shortsighted plan, at best. There's only three countries in the world that still authorize whaling: Norway, Japan and Iceland. Read the rest

South Korea may resume whaling, like Japan, "for scientific purposes"

South Korea may soon again allow whale hunting in the waters off its shores for what the government claims are "scientific purposes." The news has sparked criticism from environmental organizations and nations around the Pacific Rim. The country's delegation to the International Whaling Commission said this week that Seoul is reviewing a proposal to hunt minke whales migrating off the Korean Peninsula. Read the rest