A cloud weighs as much as 300 cars so why doesn't it fall on our heads? 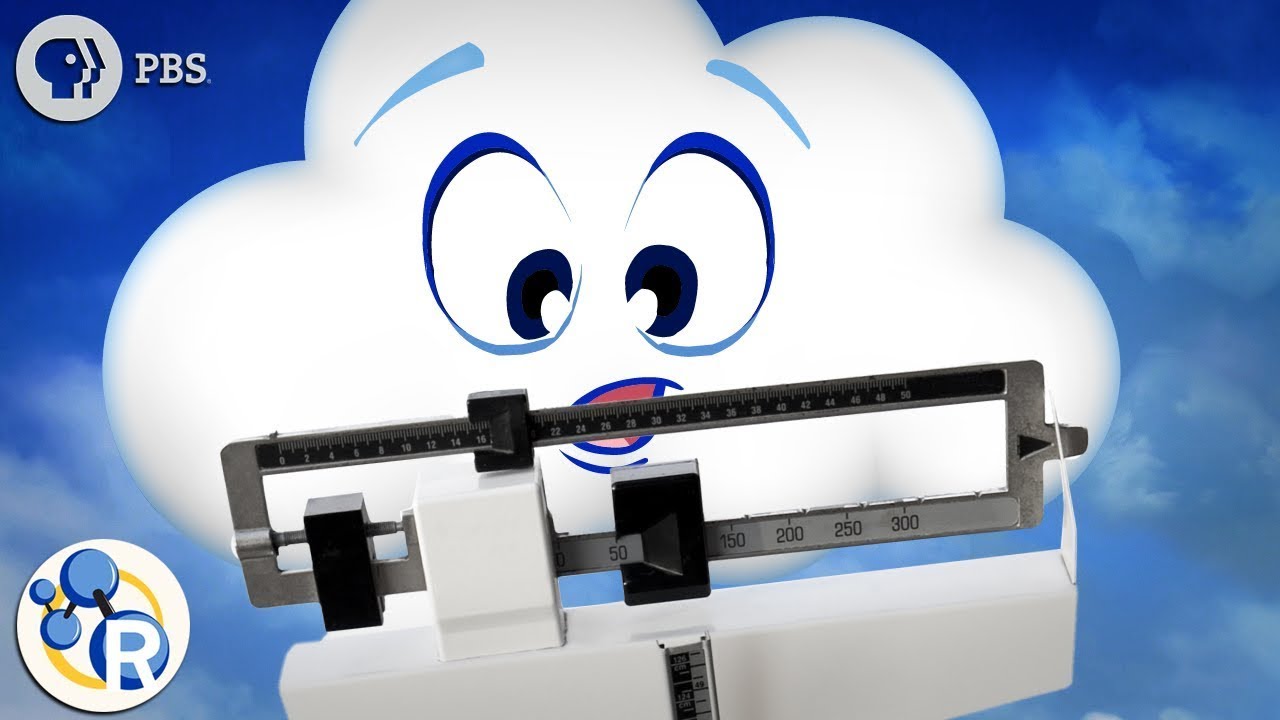 This fascinating video from the American Chemical Society answers that question but unfortunately provides no answers about why so many clouds look like bunnies. 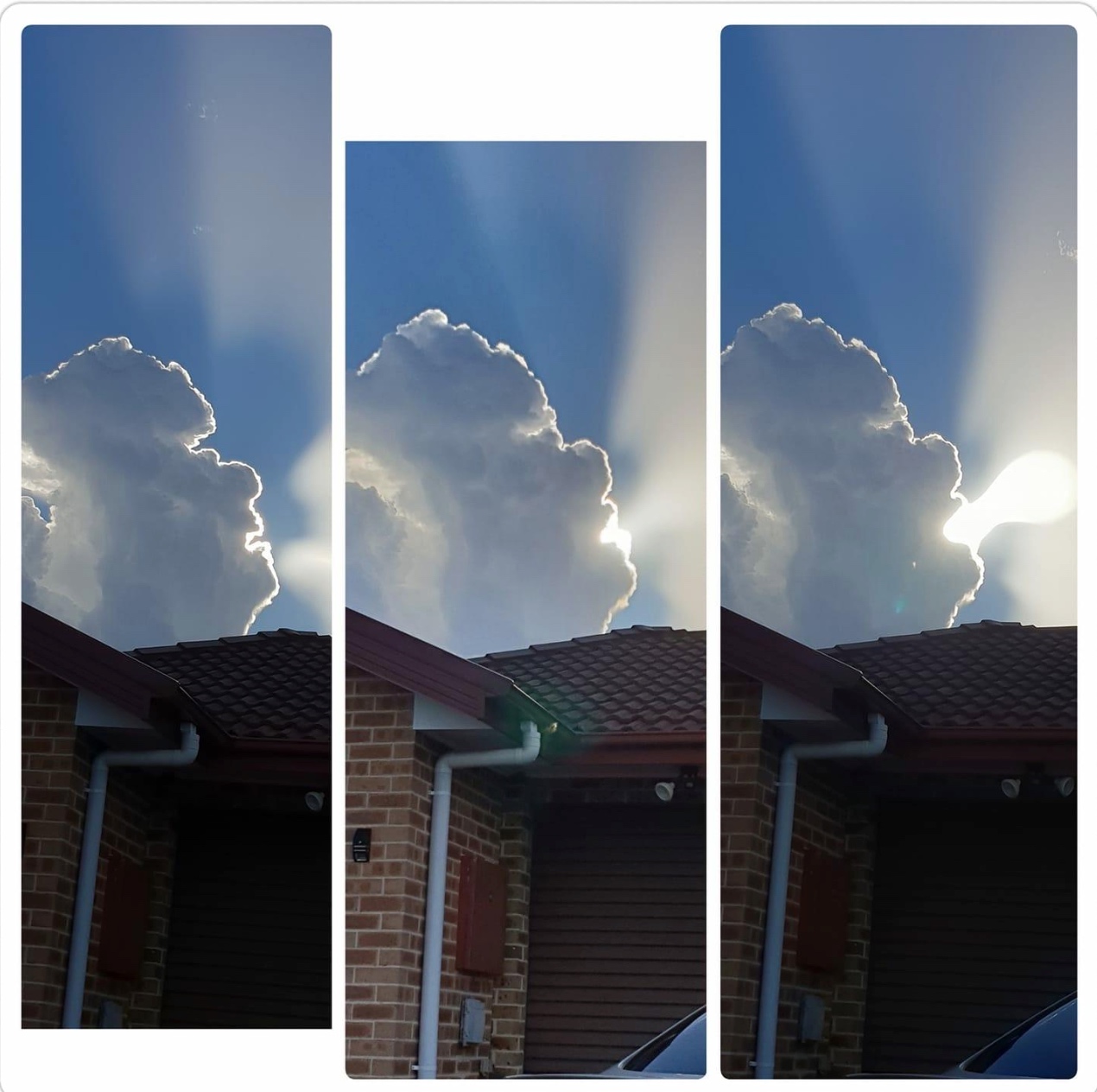 This timelapse of clouds in a valley looks like the ocean 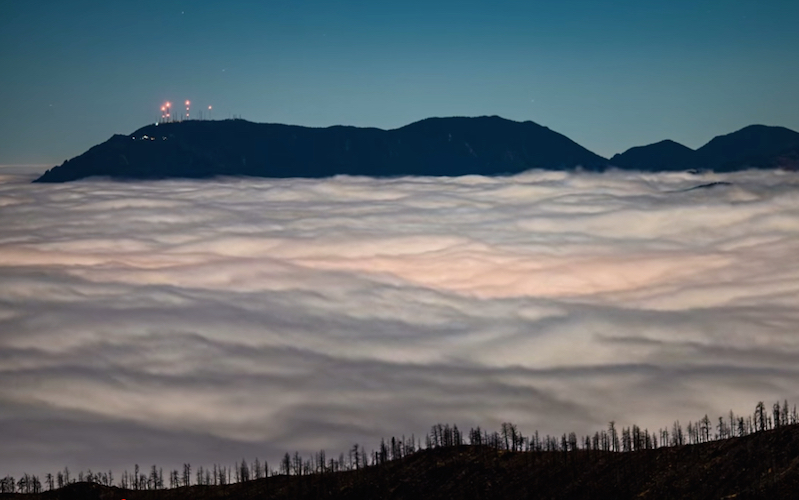 Lars Leber shot this timelapse of "low clouds over Colorado Springs and Manitou Springs. Cheyenne Mountain is visible in the background." Read the rest

A few days ago in North Dakota, storm chaser Mike Olbinski made this absolutely incredible time-lapse video of undulatus asperatus clouds. This class of cloud is the first cloud category added to the International Cloud Atlas since 1951. Olbinski writes:

We were chasing northeast of Bismarck, North Dakota and as storms were dying out, we decided to go for a lone cell on the backside of a line of storms. We knew it had a hail core on it and we were hoping that we might get some nice sunset color at least on the storm as it moved past us, and hopefully some lightning bolts. But we had no idea what we were about to encounter. The clouds were taking on a very different, curvy, wave-like appearance and suddenly we knew what we were seeing.

Undulatus asperatus clouds are a rare phenomenon and actually the newest named cloud type in over 60 years. I've seen tons of photos of them, but never anything like what we witnessed last night. We had a storm with hail in front of us and flashing lightning which was fantastic. But then we had this layer of undulatus clouds flowing across our view. Watching them was amazing already, but then the sun slowly appeared from behind some clouds to the west and lit up our storm like nothing we've ever seen before. We were like kids in a candy store. Running around, doing our best to capture it from every possible angle. 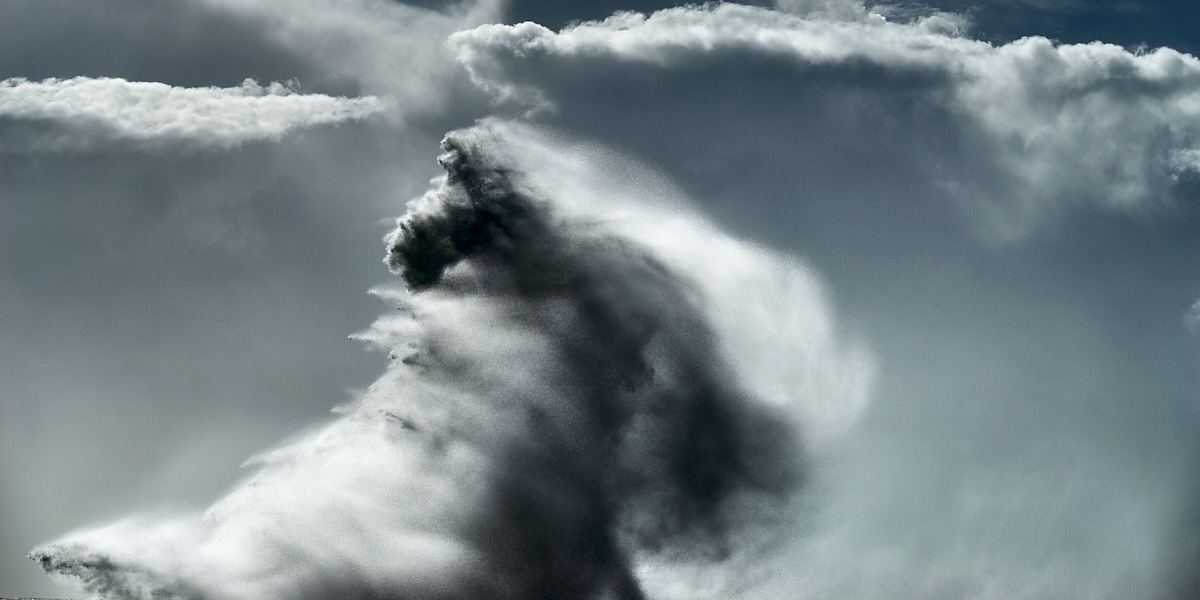 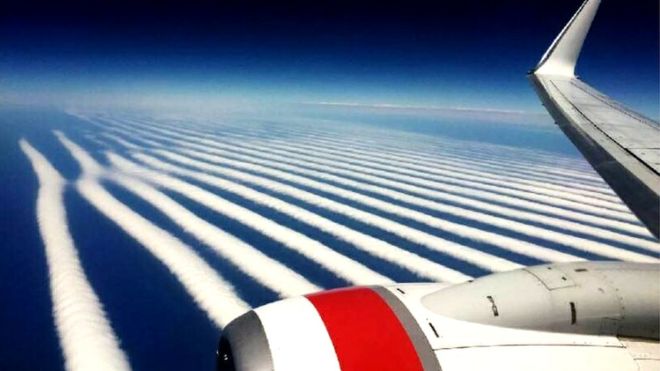 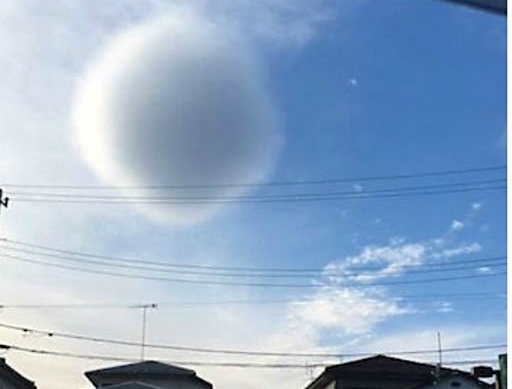 Twitter user @pmxpvrtmx posted images of an astonishing spherical cloud over the city of Fujisawa, south of Tokyo.

"When I saw the cloud it was an even more spherical shape, so I regret not taking the photo more quickly," she told Rocket News 24.

While it's certainly an amazing photo, the roundness may be an illusion. An individual in Fujisawa posted a photo reportedly of the same cloud from a different angle.

"While I can’t verify the origin of this image (just above), or whether it was even of the same cloud, it appears that the cloud only appeared spherical from one direction," University in Melbourne atmospheric scientist Todd Lane told ScienceAlert. "That is, the photographer was lucky to be in the right place to capture an interesting image of what is likely an uninteresting cloud. It looks to me to be some form of cumulus fractus cloud."

On the once and future history of clouds 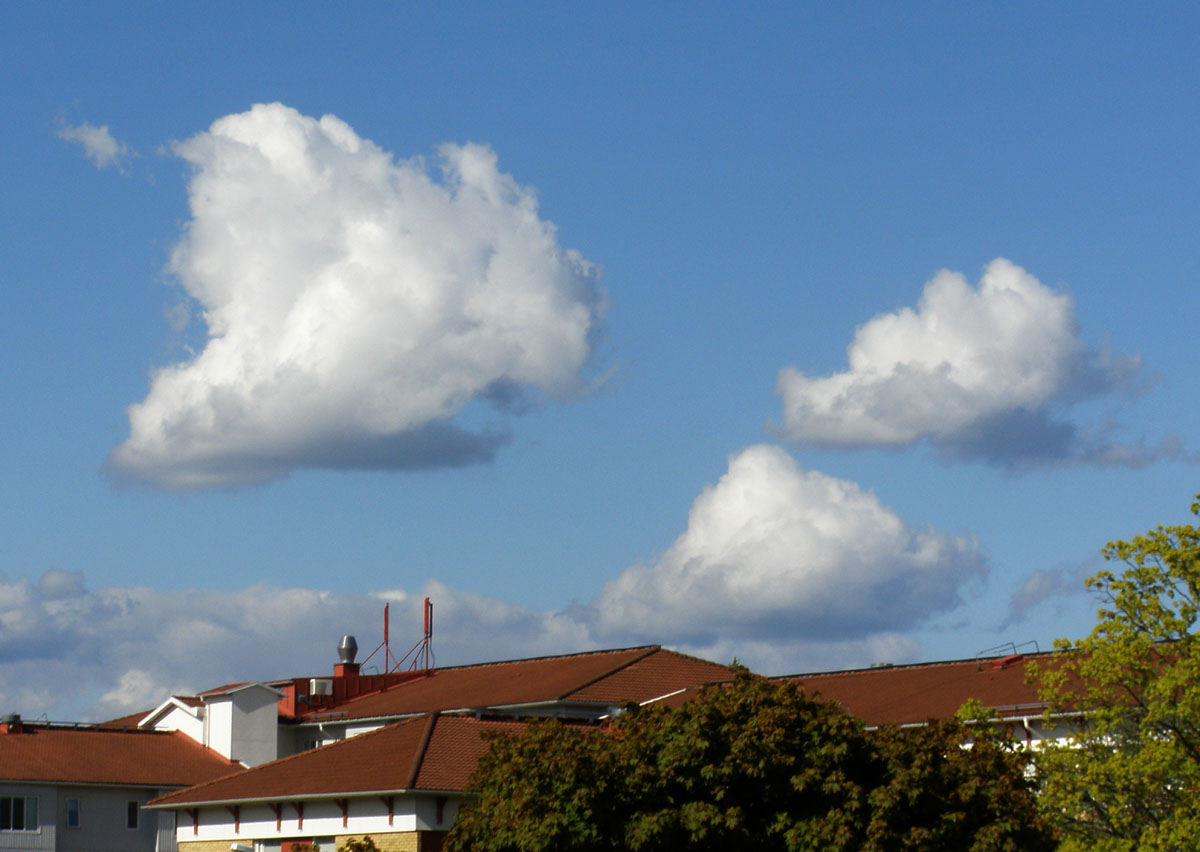 James Bridle (previously) honors the The Cloud Index, "a tool for actionable weather forecasts" at London's Serpentine Gallery, with a lyrical longread about the history of clouds, science, war and computation. Read the rest

Video of one year on Earth, from one million miles away

One million miles from Earth, hanging in space between Earth's gravitational pull and the sun's, is the DSCOVR satellite and NASA's incredible EPIC camera. Every two hours, EPIC takes a photo of Earth "to monitor ozone and aerosol levels in Earth’s atmosphere, cloud height, vegetation properties and the ultraviolet reflectivity of Earth." The above video combines one year of those images.

The primary objective of DSCOVR, a partnership between NASA, the National Oceanic and Atmospheric Administration (NOAA) and the U.S. Air Force, is to maintain the nation’s real-time solar wind monitoring capabilities, which are critical to the accuracy and lead time of space weather alerts and forecasts from NOAA.

Strange and beautiful clip of a huge "shelf cloud"

Stormchaser/photographer Nick Moir posted the gorgeous video clip below of a shelf cloud off Sydney, Australia. The whole shot is quite surreal, as if the cloud background was digitally added later. 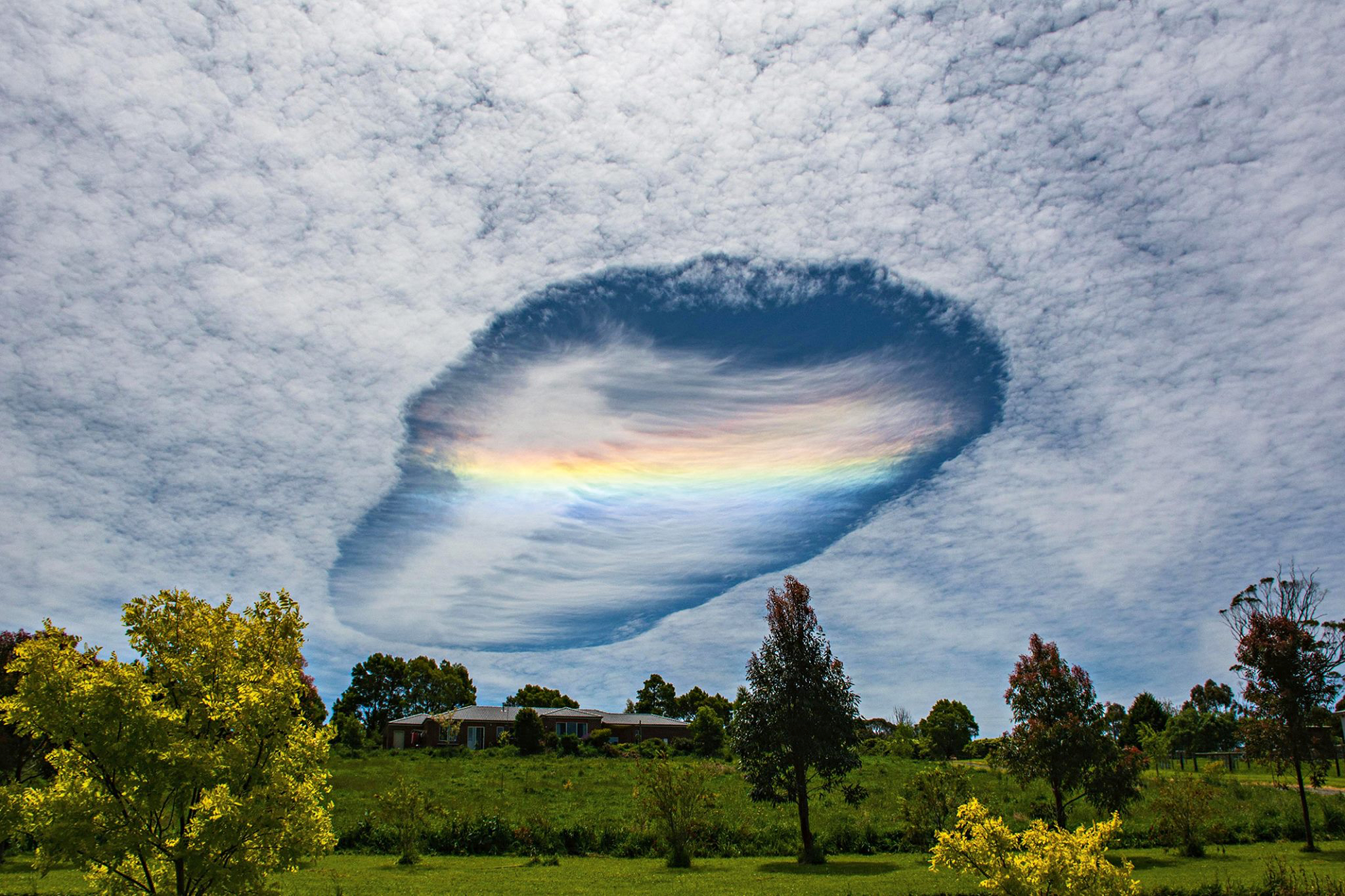 This is the best time-lapse cloud show I've seen, given power by Mike Olbinski's eye and meaning by Kerry Muzzey's The Secret History.

Technical details...everything was shot on Canon 5D3's, along with an array of Rokinon lenses. I got sick of lens-twisting (mostly of FORGETTING to lens twist) so I mainly used those manual lenses on this trip. Everything was processed using LR Timelapse, Lightroom, After Effects and Premiere Pro.